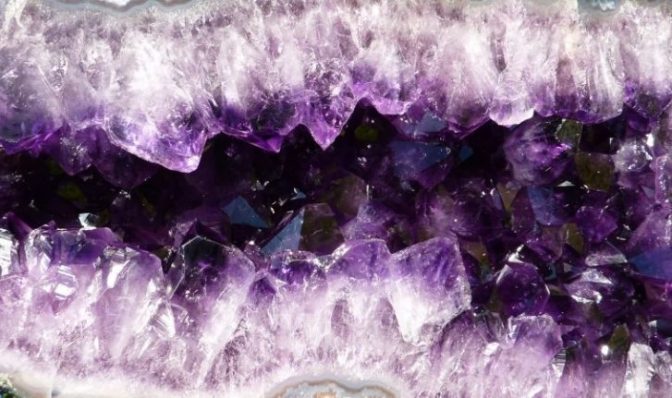 There’s no doubt that humans have made quite an impact on Planet Earth, especially due to global development. Now, scientists have identified an explosion of newly formed minerals created as a direct result of our influence on the chemical makeup of the planet.

What’s most intriguing about this is that never before has a species defined their existence by creating new, naturally forming minerals.

“This is a spike of mineral novelty that is so rapid – most of it in the last 200 years, compared to the 4.5bn year history of Earth. There is nothing like it in Earth’s history,” study team member Robert Hazen from the Carnegie Institution for Science told The Guardian. “This is a blink of an eye, it is just a surge and of course we are only seeing the tip of the iceberg.”

It’s pretty simple to see how humans have done this, too. We’ve sourced glass, aluminum, petroleum based plastics, gold, copper, silver, and so much more, and have overlapped them to create various everyday things. So it only makes sense that such close proximity would result in new minerals being created.

Hazen and his team examined 5,208 minerals on Earth recognized by the International Mineralogical Association as official minerals, and discovered that 208 of them only exist because of human activity. Most of the 208 minerals were formed during mining.

And other new minerals could be forming from our trash, encrusting old batteries, and electrical appliances.

“There are probably all sorts of things forming as a result of old silicon chips or batteries,” Hazen told Chelsea Whyte from New Scientist.

“TVs have all these exotic phosphors they use, and magnets and all sorts of high-tech materials. When you start hydrating and oxidizing them, you’re going to start finding a lot of exotic new materials.”

The rapid increase of new minerals corresponds with the new geological epoch, the Anthropocene, and defines humanity’s influence on geologic time. Though it is highly debated among experts, one common thought is that it began during atomic weapons testing in 1940s, when humans smothered the planet in plutonium from the explosions.

Most of the 5,225 minerals that make up the International Mineral Association’s list came to be as a result of the Great Oxygenation Event 2.3 billion years ago. This is when oxygen levels, which had been at zero, spontaneously rose from photosynthetic cyanobacteria. Such an event is thought to have given rise to the aerobic organisms that ultimately led to human existence.
“Simply put, we live in an era of unparalleled inorganic compound diversification. Indeed, if the Great Oxidation eons ago was a ‘punctuation event’ in Earth’s history, the rapid and extensive geological impact of the Anthropocene is an exclamation mark,” explained Hazen in a press release.
This new study provides even more evidence of just how much humans have influenced the planet.

“If you’re a geologist who came back 100,000 years or a million or a billion years from now … you would find amazing mineralogical evidence of a completely different time,” Hazen told The Washington Post.

Now we will have to wait and see if the study’s argument holds up.

“That’s really I think the most important factor in deciding whether or not the Anthropocene is a new geological time period – the fact that we have created these materials, these crystals, that are incredibly diverse and beautiful and they persist through billions of years,” Hazen told Nicola Davis at The Guardian.