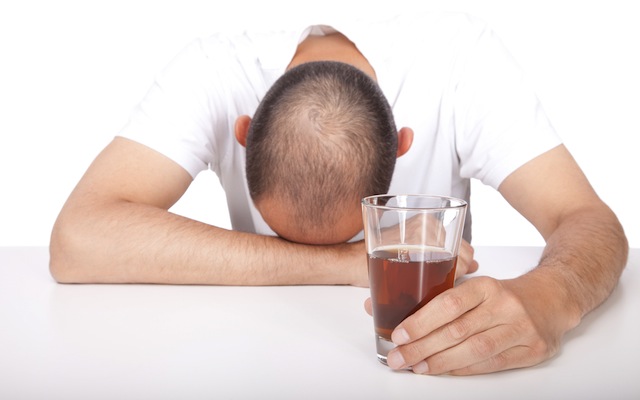 In our previous article, Here Is What’s Actually Happening To Your Body During A Hangover, we took a look inside the body to try and understand why hangovers usually correspond with the all-feared symptoms of nausea, headaches and extreme fatigue.

While avoiding alcohol all-together is the only sure-fired way to prevent a hangover, this isn’t an option for most considering alcohol consumption is engraved into our social culture. So on that note, let’s review some simple steps to help reduce alcohol-induced hangover symptoms.

1) Stray away from diet soda (and soda all together)

One study found that people who drank alcohol mixed with diet soda’s had higher breath alcohol concentrations compared with the same amount of alcohol consumed with a similar beverage containing sugar. The study suggests the lack of sugar simply allows the rate of alcohol absorption to occur in the stomach without hindrance.

Another study also found that carbonated drinks in general increase absorption rate by relaxing the sphincter between the stomach and the small intestine. The alcohol then can get into the intestines faster, where it is absorbed into the bloodstream.

2) Stay hydrated before, during and after

As previously mentioned, alcohol increases urination and loss of water. If you know you are going to be drinking that night, make sure to drink plenty of water before hand to stay hydrated. While drinking, try water and lemon or lime as your mix, it’s more refreshing than you may think. And at the end of your night, chug back a few large glasses of H20, your body will thank you in the AM.

Having food in your stomach slows the absorption of alcohol into your system so you have more time to metabolize what you’ve been drinking. Consumption of fruits, fruit juices, or other fructose-containing foods is reported to decrease hangover intensity.  Also, bland foods containing complex carbohydrates, such as toast or crackers, can counter low blood sugar levels in people subject to hypoglycemia and can possibly relieve nausea.

Although the exact mechanisms are still unclear, researchers at Brown University found that at the same number of drinks, people who smoke more that day are more likely to have a hangover and have more intense hangovers. Her team controlled for other factors as well, such as whether students reported drug use in the past year. Smoking itself was linked to an increased risk of hangover compared with not smoking at all.

According to Cancer Research, tobacco smoke contains the chemical acetaldehyde which is also formed in your tissues when you drink alcohol and is thought to be responsible for many nasty hangover symptoms.

Anecdotal evidence strongly supports the idea that nicotine and alcohol go hand-in-hand, and that smoking when drinking leads to higher levels of alcohol consumption.

In their analysis of multiple studies, researchers Robert Swift, M.D., Ph.D., and Dena Davidson, Ph.D, discuss the evidence for choosing a clear or more distilled spirit versus a darker liquor.

Besides being fun, dancing up a sweat also increases your metabolic rate which will clear alcohol out of your blood faster. Taylor Swift’s lyrics suddenly make more sense…

With the holiday season in full swing, it’s safe to say that you’ll be enjoying a few beverages in the coming month. Remember that you have the choice whether or not you want to enjoy a controlled level of intoxication, or face the dire consequences of one too many. Try to keep these tips in mind to give your body a well-deserved break this Christmas.