After The CDC Made These Two Radical Changes, 30,000 Polio Cases Instantly Vanished 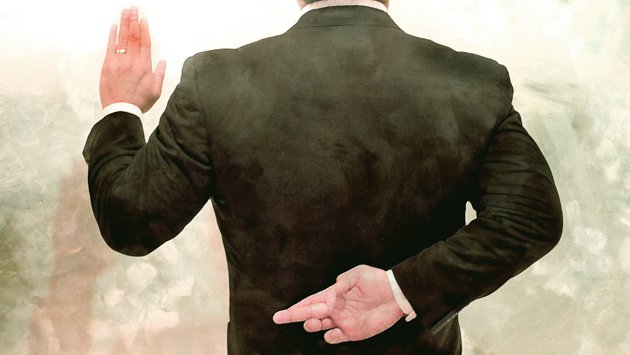 The eradication of polio, the oft-used debate tactic of pro-vaccine advocates, is perhaps one of the most misunderstood public health stories of the 20th century.

Through clever data manipulation, diagnostic changes, and a slew of media-generated hysteria, polio would eventually become a modern-vaccine ‘miracle’ that could quickly end any argument against vaccine efficacy.

The graph below, published by VacTruth, is from the Ratner report, a transcript of a 1960 panel sponsored by the Illinois Medical Society, on which sat three PhD statisticians and an MD, who met to discuss the problems with the ongoing polio vaccination campaign.

Those cases were automatically eliminated by two radical changes the CDC made to the diagnostic parameters and labeling protocol of the disease as soon as the vaccine was licensed – 30,000 cases a year we were subsequently told were eliminated by the vaccine.

The ‘success’ of the polio vaccine was no more than a mere illusion. The CDC, always clever in their misrepresentation of data, fooled an entire global population so that they could hold ‘facts’ above the heads of anyone questioning vaccine efficacy.

When The CDC Changed The Definition of A Polio Epidemic

As addressed in the Ratner report, the CDC also changed the definition of a polio epidemic, greatly reducing the likelihood that any subsequent outbreaks would be so labeled – as though the severity, or noteworthiness, of paralytic polio had halved, overnight. It’s summed up thusly in the report:

Presently [1960], a community is considered to have an epidemic when it has 35 cases of polio per year per 100,000 population. Prior to the introduction of the Salk vaccine the National Foundation defined an epidemic as 20 or more cases of polio per year per 100,000 population. On this basis there were many epidemics throughout the United States yearly. The present higher rate has resulted in not a real, but a semantic elimination of epidemics.

Furthermore, in the decades following the release of the vaccine, additional changes were made to the diagnostic parameters of the disease, changes involving analysis of cerebrospinal fluid and stool and additional testing, each succeeding change making it less and less likely that a diagnosis of paralytic polio would result.

Before the polio vaccine was licensed, polio diagnoses were made objectively without any lab analysis required. Since the vaccine was licensed, only the CDC has been allowed to issue confirmations of paralytic polio – all suspected cases have to be sent to them for analysis and testing, which has clearly affected the number of actual instances reported.

How The Media Amplified The Public Perception Of Polio

Because polio parameters had not yet been refined, the public perception was that tens of thousands of children were suffering greatly from the paralytic polio, when in fact the pictures and videos involved only a fraction of a percent of the diagnosed cases.

Something that also should be said is that while for many the perception was that the iron lung was a permanent fixture, in the majority of cases the machine was needed only temporarily – generally about one to two weeks.

The change in diagnostic parameters of polio from two months to three months is perhaps the biggest kicker (see the graph above, represented by the striped portions of the bars in the graph).  This resulted in the subsequent elimination of thousands of cases of polio, feeding into the illusion that polio had been eradicated by the vaccine.

All of the non-paralytic cases of polio (represented by the clear portion of the bar in the graph above), which were the majority of cases reported simply as polio each year, were all discarded.

Here is what a search through public health and disease statistics found:

It may be noted that the Dominion Council of Health at its 74th meeting in October 1958 recommended that for the purposes of national reporting and statistics the term non-paralytic poliomyelitis be replaced by “meningitis, viral or aseptic” with the specific viruses shown where known.

VacTruth sums it up nicely:

Of the “35,000 cases of polio reported on average in the late 1940s and early 1950s,” only 15,000 were paralytic – the reduction to 2,500 cases of paralytic polio in 1957, and the complete disappearance of all the non-paralytic cases, was a direct result of the diagnostic changes. It’s smoke ‘n mirrors.

In the 90s, “polio eradication initiatives” were also implemented in India and Africa.

The WHO quickly established the same diagnostic changes in those nations as were made in the U.S. in 1955. The result, as expected, was the announcement two years ago that India is now polio free.

What the WHO so conveniently omitted was any mention of the skyrocketing incidence, in both nations, of acute flaccid paralysis, clinically identical to polio, and following in the wake of the use of the oral polio vaccine, abandoned fifteen years ago in the U.S. because it triggers Vaccine Associated Paralytic Polio.

As you can see in the graph, incidences of acute flaccid paralysis soared while polio cases coincidentally plummeted.

The Take-Away From This

The polio lie has been the go-to ammunition for vaccine proponents for many years, but just as data continues to become more accessible to the public, so too do secrets and deceit become more transparent.

This stands as just another example of how medical institutions stretch data to suit their financial initiatives. Lest we not forget about the multi-billion dollar industry ($50+billion to be exact) that vaccines comprise.

Truthfully, anyone should know that information built on a foundation of lies is only waiting to eventually implode.

For the truth seekers, the parents, the medical professionals, the pro-choice advocates, and the families who have witnessed the pain of vaccine injuries, no secret, no matter how well hidden it may be, will be left unburied until the truth is at last disclosed to the people.