The Alchemy of Pure Truth 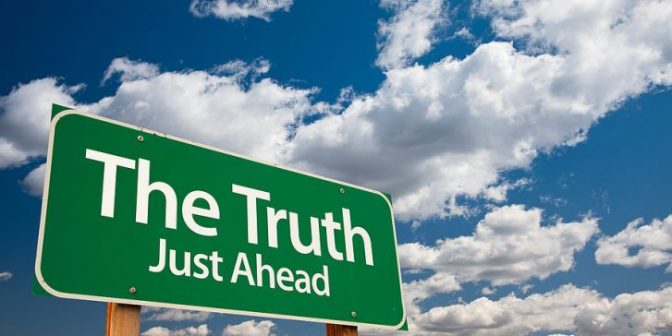 For a great many years I have been committed to one thing above all else… the Truth. That commitment has been the foundation of everything I have done, everything I have achieved and everything I have embodied for the last 6 years. But I didn’t notice until only recently just how profound this can be. Until recently, the perfect balance that the truth brings to all things displayed itself gently – it was a subtle effect that permeated everything in my sphere, but I was not in full balance myself, nor was I operating anywhere near the frequency I am now.

What has happened since removing from my life all the things that were out of balance (i.e. addressing all the things in which I was in some way farming out my sovereignty) is that I see and embody more truth, where there is an absence of truth in a given situation, I am more vibrationally out of alignment with it, and thus propelled to address it more comprehensively. Those around me would say I have become some kind of truth fundamentalist, and maybe they are right, but it has been a fantastic thing whatever you call it.

Not everyone around me has seen this as a good thing, for one simple reason – it is creating a shit load of waves and distortion! In the first instance the things that needed addressing in the groups around me were very love oriented, so everyone loved the higher reflections I was injecting in the group – we were taking our work to higher expression together – connecting with each other, sharing vulnerably, seeing the higher truth in each other more fully, and it felt great – everyone could see that this was a fundamental break-out from, and precursor to, us collaborating effectively on other projects. Every time we engaged, the consciousness of the group was raised, and everyone knew it…

What happened then however is that the group decided it wanted to get on with some ‘practical’ work before we had really finished, or gone far enough with, this ‘team-building’ exercise. So at the next meeting things began to come up, there were differences of opinion – everyone in the room was aligned with the truth to a different extent. As these differences arose, the group began to decide that it needed to adopt some form of conflict resolution mechanism… not a bad idea I hear you say, but it depends on what that mechanism is. NVC (non-violent communication) was the chosen mechanism in this instance.

The problem of course with NVC is that its foundational tenet is ‘my truth is equal to yours/everyone’s truth has equal value’, which may sound nice and respectful but it has no foundation in reality. The Truth is that there is no such thing as a subjective truth; a subjective view of reality – there is one Truth and we each have perspectives on that Truth that are in varying degrees of alignment with it. Some of us are aligned fully and everything we do or say is Truth itself expressing, some of us are so far out of alignment with it that very little if anything we do or say has any relation whatsoever to Truth.

In years gone by I would have accepted this limitation on the group on the basis that not everyone is perfect and some people need these kinds of things to fall back on – but that was not the Truth either.

Well this obviously went down like a cup of cold sick – many actually knew it was true and just sat reflecting or lamenting but several were somewhat incensed! I had one person tell me that I was a disruptive force for the group (thank you! I thought), another jump in in defence of the Truth attacking the other, and another screaming at me for being such a terrible bastard!

But the outcome was that, seeing that my role was done, I excused myself, and for the next four hours those three individuals sat down and worked out all their shadows between them. In the end consciousness was raised, just as it had been in each of the previous gatherings, it’s just that it didn’t look quite so pretty.

Another instance of this came within a week or so of this one (their proximity all due to me being compelled to address simultaneously everything that was out of alignment with Truth), wherein there had been some human dynamics issues growing between central leaders of the initiative. The same approach was applied, albeit between two people instead of 20, and the result was to draw out a level of fiery distemper rarely I have before witnessed. The result was that everyone out of alignment with the Truth resigned on their own and the remaining group was left with a clean slate upon which to define and develop a truly Truthful undertaking.

These compulsions to inject Truth into otherwise untruthful areas are what I have come to call Truth bombs. We do not drop them with any premeditated intent for a specific outcome, or else this would not be a Truth bomb in the first place, it would be manipulation, but when we do get ourselves out of the way sufficiently to allow Truth to flow through us unabated, it will invariably have profound and beneficial consequences. This is the alchemy of Truth.

So a message to all the love and lighters out there – if you want the world to change, be willing to embrace the darkness for through it is often the only path to the light.

A word of warning though – if you ‘try’ to do this, you bring any ego into it, or you force this kind of expression before it is actually ready to flow through you naturally, you will probably make a twat of yourself! Raise your frequency (become Love) and it will happen on its own.

It doesn’t need to be this way of course – when we enter into collaborative arrangements, be it working groups, primary relationships or anything in between, if we make Truth the essence of those engagements from the outset, then there is nothing to reset and no distortions arising from the need to do so down the line. The problem is however that very few of us, if any, have ever done this fully.

In the two examples above, both groups were formed by self-realised people with a commitment to Truth, but they allowed themselves (me included) to let ‘practicality’ also play a major role in influencing their formation, initial direction and team growth.

I share this with you now because almost all of us are involved in relationships, working groups or other collaborative undertakings that were not formed entirely purely, and, if we want them to continue and have any real-world effect as the world itself raises in frequency, or we want to continue to be a part of them as we ourselves, become Love, embody Truth and live Purpose, then it is par for the course that some distortion will be created when we are compelled to bring those relationships/undertakings back in alignment with Truth. Don’t fear this, it is a beautiful thing.