Anti-Gravity: The Future is Now! 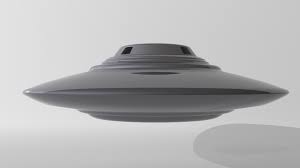 Recently there seemed to be quite a buzz as numerous sources all throughout the internet community posted an article that appeared to be new and breaking news.  And the subject matter is Anti-Gravity and propulsion systems being worked on by Boeing.

What I found that was a bit odd with all of these articles was they did not list the original source for this breakthrough work.  But after doing a little digging I found out that the original source to this piece is dated all the way back to July 29, 2002 by Nick Cook at this link here: http://www.freerepublic.com/focus/news/724666/posts

So maybe this is not so much a recent breakthrough and exciting news.  Anyway here are the words to this article by Free Republic from almost 12 years ago.

Boeing, the world’s largest aircraft manufacturer, has admitted it is working on experimental anti-gravity projects that could overturn a century of conventional aerospace propulsion technology if the science underpinning them can be engineered into hardware.

As part of the effort, which is being run out of Boeing’s Phantom Works advanced research and development facility in Seattle, the company is trying to solicit the services of a Russian scientist who claims he has developed anti-gravity devices in Russia and Finland. The approach, however, has been thwarted by Russian officialdom.

The Boeing drive to develop a collaborative relationship with the scientist in question, Dr Evgeny Podkletnov, has its own internal project name: ‘GRASP’ — Gravity Research for Advanced Space Propulsion.

A GRASP briefing document obtained by JDW sets out what Boeing believes to be at stake. “If gravity modification is real,” it says, “it will alter the entire aerospace business.”

Although he was vilified by traditionalists who claimed that gravity-shielding was impossible under the known laws of physics, the US National Aeronautics and Space Administration (NASA) attempted to replicate his work in the mid-1990s. Because NASA lacked Podkletnov’s unique formula for the work, the attempt failed. NASA’s Marshall Space Flight Center in Alabama will shortly conduct a second set of experiments using apparatus built to Podkletnov’s specifications.

It is also possible, Boeing admits, that “classified activities in gravity modification may exist”. The paper points out that Podkletnov is strongly anti-military and will only provide assistance if the research is carried out in the ‘white world’ of open development.”

These are the things that are a bit disturbing in our community.  Why would someone take a 12 year old article and slap a date of today without naming the source and post it to get the whole world excited?  There are many disinfo agents out there to throw us off our agenda.  Some may think that since Boeing is already working on these free-energy and anti-gravity projects, with their unlimited resources maybe we should give up on our own projects.

Well these agents will not succeed. We will not succumb to their games any longer. Free-Energy and Anti-Gravity and propellentless propulsion systems are in the works and will be released to humanity in the very near future.

Nuclear Engineer Mehran Keshe has been named as one of the scientists who is currently working on anti-gravity technology. http://www.keshefoundation.org/pdfs/Cars.pdf

Keshe Plasma technology may be able to provide the basic systems for the next generation of vehicles.  “The Hybrid Anti-Gravity Vehicles” is outlined in the pdf above.

“For these plasma powered cars hovering is an option.  The built-in of an additional hovering system can be done at the same production run at the plant.  Nuclear physicist, M.T. Keshe found that gravitational effects can be realized by the creation of a double magnetic field.  Several smaller plasma reactors embedded into the framework of a car, bus or truck will create a number of gravitational fields which –on full power- will hover the vehicle completely.”

Here are the uses below: http://www.keshefoundation.org/applications/transportation.html

Creation of gravity and anti-gravity

Just imagine a world with no more roads and highways, no more bridges and underwater tunnels, no traffic jams and traffic lights, no more pollution, no airplanes and airlines, no more rockets for space travel and railways, and even no more of the poor animals and creatures constantly being hit by all of our current modes of transportation.  This technology will change the world as we know it overnight.

Russell Anderson, CEO of Searl Aerospace Inc. is another pioneer in the world of anti-gravity. Here is a recent article about his work and what is known as the Searl Effect.  http://www.americanantigravity.com/news/space/russell-anderson-on-the-searl-effect.html

“Electrogravitics pioneer Russell Anderson discusses the Searl Effect in 2012 and his new role as the CEO of Searl Aerospace Inc, a subsidiary of Searl Technologies, which incorporated in 2010. For Anderson, this is a self-described “dream come true”, and he discusses the growth of John Searl’s organization and how he became a part of it.”

Russell Anderson is well known for his research in Electrogravitic systems – he’s been building and flying Biefeld-Brown Effect “beamships” for years, and built a working replication of TT Brown’s rotating disk experiment back in the 1980′s, but his real passion has always been for the Searl Effect Generator and the Searl IGV – also dubbed the “Levity Disk”.

As a student of John Searl, Anderson schooled himself on the principles behind the SEG and IGV, and describes the operation of the Searl Effect Generator in detail while providing astute comparisons to both linear motors and other reported antigravity devices. Anderson’s expertise is not just in understanding what makes the Searl Effect Generator operate, but in understanding how it compares to similar devices in its class.

Anderson’s expertise in SEG theory and design have led to manufacturing improvements that allow the Searl Effect Generator to be constructed by a machining process from the Neodymium metal, rather than the sintering process originally pioneered by Searl himself. Anderson describes recalculating the “Law of the Squares” to accommodate for Nd-Nickel alloy that he introduced to make this possible, and describes his excitement at this modification becoming a standard part of the Searl Effect Generator manufacturing process.”

Here is a video of them from the 2012 Global Breakthrough Energy Movement in Holland which involves Anti-Gravity and conscious awareness in aether technology. Ralph speaks of creating anti-gravity devices and zero point energy many years ago in this interview you will not want to miss.

So we are on the verge of some wonderful technological breakthroughs in anti-gravity from these pioneers mentioned here as well as many others.  The technology will also enable all of humanity to travel to the stars and become the galactic explorers so many have been craving.  I will continue to provide updates on any new anti-gravity developments.

Until next time have a terrific day!