Ayahuasca: A Cautionary Tale For Tourists Eager To Try This Shamanic Brew 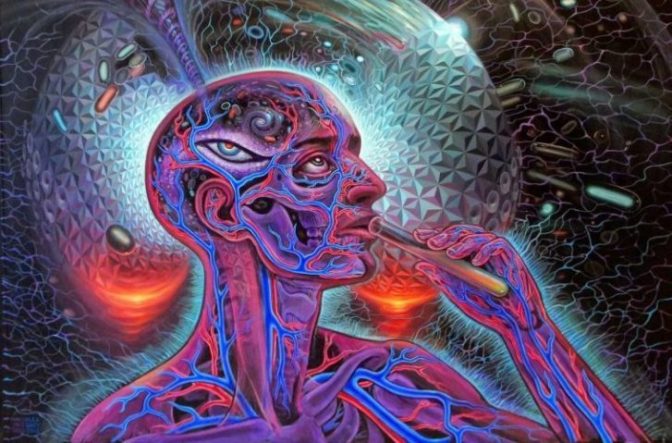 Ayahuasca may be a word that’s been around for hundreds of years, but it’s only begun to surface in social conversations, new age holistic healing circles, and the media in recent years. The current boom of Westerners intrigued by psychedelics and their healing potential has brought this plant into the public domain.

Though people have come to revere ayahuasca, a recent ABC foreign correspondent revealed a less glamorous side to the plant brew that no one seems to be talking about.

Traditionally, spiritual leaders known as shamans have used the brew for healing and religious ceremonies. The drink is prepared by boiling plants from the Amazon and then reducing the brew. The shaman, the person seeking healing, or both can drink it.

Commonly mistaken for a single plant, ayahuasca is actually the combination of two plants: the leaves of the Chacruna, also known as Psychotria viridis, which contains a substance called Dimethyltryptamine (DMT), and the vines of Banisteriopsis caapi.

Research supports ayahuasca’s allure, suggesting that the drug may actually help treat depression and anxiety. And with various personal healing stories continuing to arise, more and more people seek out jungle brew for its medicinal value. However, as the program points out, there is little regulation over most retreats that offer it.

Ayahuasca is certainly not a recreational drug, and should not be treated as such. Its peak effects typically last 2-6 hours, with several hours of aftereffects following. When the effects of ayahuasca begin, many areas of the brain are set off, like the amygdala, where early emotional memories are stored; the neo-cortex, responsible for our reasoning and decision making skills, as well as our perception; and the insular cortex, which triggers awareness and consciousness. The hours following create hyper-awareness with mindfulness and empathy experienced on a whole new level. People report that the brew can change a person’s view on life.

The side not so much discussed is people feeling like they are dying or losing control of their mind. And then there’s the vomiting and diarrhea that occurs, which, according to Amazonian shamans, is spiritual purging.

Those with serious mental illness like schizophrenia or bipolar disorder may experience a worsening of symptoms. And because of this, people with a pre-existing condition may want to avoid the experience altogether.

There is also the concern of overdosing — though it is unlikely. High doses have been found to have a distressing effect on the user, where they experience intense changes in perception. (Though, ultimately, that is arguably the end goal.)

There is also a physiological risk. Humans have small amounts of DMT in their bodies naturally. While it also exists in the majority of green leafy vegetables, taken by itself, it doesn’t provide psychedelic effects because the Monoamino oxidase (MAO) enzymes in our gut naturally break down the DMT before it has the chance to get into our bloodstream.

However, the ayahuasca brew has beta-carboline alkaloids including harmine, harmaline, and tetrahydroharmine that work to block the MAO enzymes from following through with their work. This exposes the body to potential toxicological effects, such as seizures, delirium, coma, and circulatory system collapse.

In order to maximize your healing and avoid any negative experiences, a strict Ayahuasca diet is advised prior to ceremonies and retreats dedicated to the experience. But due to a lack of regulations, people may find themselves mixing illicit drugs like cocaine, or medications for such things as depression and high blood pressure, with the brew.

Even more alarming are the statistics of deaths associated with ayahuasca because the brew contained other various plants such as tobacco or brugmansia.

Such information is not meant to scare people away from trying ayahuasca, but to understand the necessity for regulation. People need to be informed of how their pre-existing conditions can harm their experience. They need to know the cleansing process. They must know that they are in a safe setting where the brew is not mixed with other plants before embarking on the experience.

Ayahuasca can certainly provide beneficial effects for the right person under the right circumstances, as science has supported.

If you feel called to experience Ayahuasca and are looking for a safe place to do it, we highly recommend checking out Rythmia. It’s a beautiful all inclusive resort in Costa Rica that is a dream for health, wellness organic food and life advancement. Check it out!