Bladder Cancer and Kidney Disease Risk Directly Linked to a Lack of Exercise, According to New Research 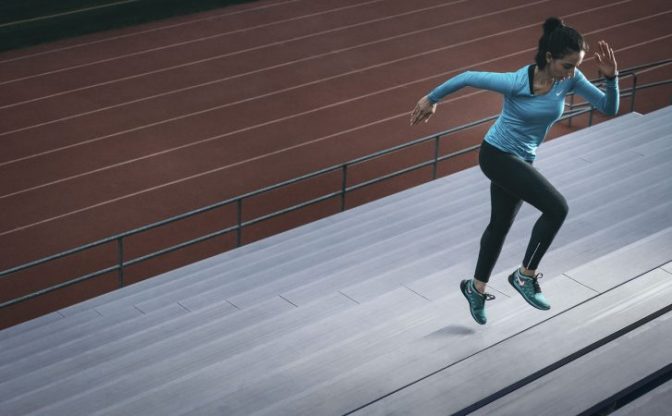 (NaturalHealth365) According to the U.S. Centers for Disease Control and Prevention (CDC), smoking is currently the most important risk factor for bladder cancer, while obesity is considered one of the primary risk factors for kidney cancer. Together, the pair of diseases strikes 128,000 Americans annually — while claiming 30,000 lives.

But, another surprising factor may outweigh the others when it comes to raising risk. New research has shown that a sedentary lifestyle dramatically increases the danger of developing both kidney and bladder cancer.

Bladder cancer can be avoided – with the right information…

In a study published in Cancer Epidemiology, researchers at the Roswell Park Cancer Institute in Buffalo, NY, explored the link between prolonged physical inactivity and kidney and bladder cancer. The hospital-based case control study involved 160 patients with kidney cancer, 208 with bladder cancer, and a healthy control group of 766 people.

To the team’s surprise, similar results were found among people who were obese and people of normal body mass. This shows that inactivity, in itself, is a separate, independent risk factor – regardless of body weight.

Lead researchers Kirsten Moysich, Ph.D., Distinguished Professor of Oncology in the Departments of Cancer Prevention and Control and Immunology at Roswell Park, and Rick Cannioto, Ph.D., Assistant Professor of Oncology at the same institute, voiced their hope that the findings would motivate sedentary people to be more active.

Exercise needn’t involve “running a marathon” in order to be helpful, Moysich noted. Small changes, such as walking around the block on lunch hour, or taking the stairs rather than the elevator, could serve to reduce cancer risk.

The authors called for further study in order to explore the link between inactivity and cancer.

This study is not the first to show adverse health effects are associated with lack of exercise. Previous studies have also shown a link between physical inactivity and increased risk of ovarian and cervical cancer, while yet another recent study has suggested that lack of physical exercise is even more harmful to health than being obese.

A study conducted at the National Cancer Institute (NCI) in Bethesda, MD and published last May in JAMA Internal Medicine pooled data involving medical histories and outcomes for 1.4 million Americans and Europeans.

Researchers found that higher levels of physical activity and aerobic exercise can significantly lower the risk of developing over a dozen different cancers, with an odds reduction of up to 42 percent. Aerobic exercise is defined as any activity that strengthens the heart and lungs and improves the body’s use of oxygen – and includes walking, running, swimming, rowing and cycling.

Those who enjoyed the highest level of exercise also experienced the greatest reduction in risk – a 27 percent drop in chances of liver cancer, and a drastic 42 percent drop in esophageal cancer. For regular exercisers, breast cancer risk dropped by 10 percent.

Exercising is also associated with a 20 to 26 percent drop in lung cancer, stomach cancer, endometrial cancer and myeloid leukemia.  Although the most vigorous exercisers had the most dramatic drop in cancer risk, walking for just 20 minutes a day lowered risk as well.

The association between exercise and protection from cancer remained – regardless of smoking history or body weight. The one notable exception was lung cancer, for which smoking remains the primary risk factor.

In a related commentary on the NCI study, scientists stressed the importance of leisure-time physical activity as a potential risk reduction strategy to decrease the cancer burden, both in the United States and abroad. They called for additional research to be pursued “vigorously” to explore the mechanisms of the physical activity/cancer link.

In order to enjoy significant, lasting health benefits, the Department of Health and Human Services (DHHS) advises at least 150 minutes a week of moderate exercise, or 75 minutes of vigorous exercise.

Yet, half of all Americans get insufficient exercise as defined by the DHHS – which is almost certainly a factor in our soaring national rates of obesity, diabetes and heart disease.

One thing is virtually certain – the evidence in favor of regular physical activity is piling up. So why not do your body a favor and get moving?

Of course, if you have been inactive for a while, check with your doctor before starting an exercise routine. Then, start out on your journey down the road toward better health by walking, jogging or cycling today. Your body will thank you!