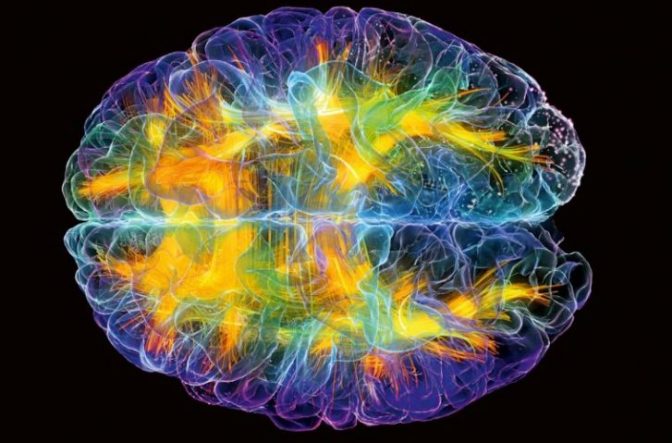 With depression affecting millions of American adults, it makes sense that psychiatric research has focused so intently on the disorder.

Pinpointing its triggers and best treatments have remained important concerns, with the general consensus being that it is a change in brain chemistry, and that various other factors contribute to its onset, including genetics, changes in hormone levels, certain medical conditions, stress, and grief or difficult life circumstances.

Though research can pigeonhole you into a category, more or less, to help better understand why you have depression and how it can be treated, depression is a unique experience for every individual, which is why recent findings that reveal observing your own brain activity may be the key to treating depression seems so intriguing.

A recent study has found that a new, non-invasive technique is capable of stimulating a part of the brain known for its connection to depression, potentially providing major benefits for people with the disorder.

The technique in question — called fMRI neurofeedback — involves having participants observe the activity of their own amygdala, trying to consciously increase that activity by recalling positive memories.

The study, led by Kymberly Young, an assistant professor of psychiatry at the University of Pittsburgh School of Medicine, divided 36 adult volunteers with depression into two groups: a control group taking part in a neurofeedback exercise on a part of the brain not involved in emotional processing, and another that did the neurofeedback on their amygdalas.

Both groups had their brains scanned to determine the exact location of their amygdala — the control region of the brain, known for its role in depression. Next, the researchers had participants view a signal from a part of the brain being measured, asking them to regulate the strength by way of conjuring up happy memories.

The study concluded that, after two sessions, 12 out of 19 participants who tried fMRI neurofeedback had a noteworthy drop in their depression levels compared with only two people from the control group.

However, Young advises that fMRI neurofeedback should not be compared to EEG neurofeedback, which is a technique in which people are taught how to potentially control their own brain waves using an EEG machine.

According to Young, EEG offers very vague results. Of the fMRI technique, she says, “we can get at deep brain structures such as the amygdala that EEG neurofeedback simply can’t get to.”

And though EEG neurofeedback has been around for years, with dozens of companies marketing it as a tool for curing mental illnesses like depression, Young remains skeptic about the technique.

“Nobody’s really doing any controlled studies of EEG neurofeedback,” she says, “so it’s likely that what they’re seeing is just a placebo response.”

Only time will tell how Young and her team of researchers make the move from fMRI studies into an accessible treatment for people suffering from depression.