The Biological Side of Soil 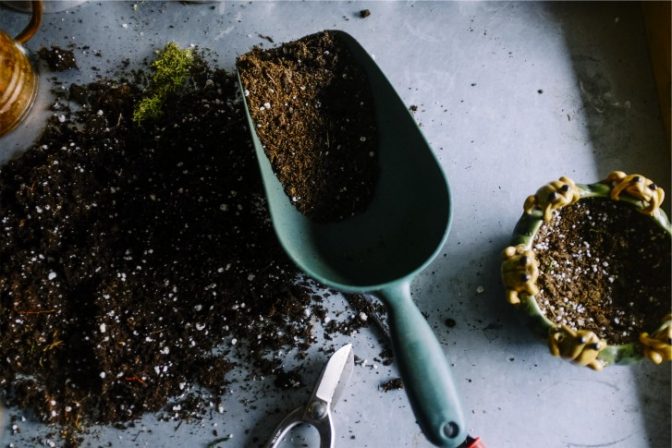 What benefits are possible that make it worth paying attention to the biological side of soils in addition to the chemistry and mineral fertility? Are there any economic benefits that can make a real difference to net farm income?

The answer to that question is a big YES!

A spoonful of healthy soil contains many millions of beneficial microscopic organisms of various kinds that include beneficial species of bacteria, fungi, nematodes and protozoa that never cause disease or become pests. These are helpful species that perform vital “functions” in the root zone that can bring real profits to growers IF soil conditions are managed in ways that allow the microbes to live and work.

Think about the dollar potential involved with each of the following six functions and then be aware that these functions are entirely biological and only occur through a soil foodweb that is built up, intact and working!

Decomposition of crop residues, manure and other organic material: These materials will only decompose if certain species of fungi and bacteria, the “decomposers”, decay them and allow recycling processes to occur. The ideal process forms large amounts of humus. The decay function gets rid of crop residues, but what it really does is convert the food energy in fresh organic matter to a form that feeds other soil organisms that do different indispensable functions, as described below.

Retention of nutrients: Nitrate and some other nutrients can leach out and be lost unless they can be banked in soils until the plant needs them. The function of nutrient retention occurs when bacteria and fungi multiply and increase their populations in the soil. Bacteria and fungi are extremely rich in protein that is made from nitrogen. When bacteria and fungi multiply they gather up free nitrogen from the soil and convert it to protein in their bodies. Nitrogen in this form is a bank account of convertible nitrogen that will not leach away or be lost as a gas. Products and cultural practices that stimulate a “bloom” of bacteria or fungi reproductive growth can be used as tools to achieve nutrient retention. When this function is working in your soil you can begin to apply lower rates of N and P with no reduction in crop yield.

Nutrient Recycling: Once nutrients have been retained, other kinds of soil organisms can be encouraged that feed on the bacteria and fungi. The rich meal of protein is metabolized and released back into the soil as ammonium that is quickly converted to nitrate for use by crops. The organisms that perform this function are beneficial nematodes that only feed on bacteria or fungi, the protozoa that feed on bacteria, and beneficial soil mites that feed on fungi. As these species go about their work they cause nitrogen especially, but also phosphorus and other nutrients, to be released at a gradual rate that supplies crops with a steady diet all season long.

Biological control of root rot and parasitic nematodes: A healthy soil that contains a broad diversity of microbial types most often contains species that kill, inhibit or suppress the kinds of fungi that cause root rots and the kinds of nematodes that attack roots. There is plenty of research and on-farm experience to show that these economic threats can be controlled very well without the need for applied fungicides and nematicides. What it takes for this to happen is good soil health in the form of an active, intact soil foodweb.

Production of plant growth regulators: All plants depend on the presence of certain species of soil microorganisms in the root zone to produce various hormones and other chemical “signals” that stimulate growth and development. Two plants from the same seed, one in a dead soil and the other in a living soil, both with the same nutrients, will show different rates of growth, final size and value. The plant growing in healthy soil will have found the partnership it expects with beneficial microbes that produce growth hormones not made by the plant itself. The plant in healthy soil will be the better plant.

Soil structure and tilth: Enjoying the very best tilth depends on maintaining an aggregated or crumb soil structure. This is the ideal soil structure that allows for the optimum infiltration of air, water and roots systems. The formation of soil aggregates is mostly a biological process under the control of certain types of organisms in the soil foodweb. Aggregates will not form unless many sand, silt and clay particles are “glued” together by the gums and gels that only certain species of soil bacteria can produce. These aggregates are further strengthened against melting or collapse by certain species of beneficial fungi that grow throughout the aggregate and physically bind it. It is impossible for a soil to maintain the ideal crumb structure in the absence of the particular species of bacteria and fungi that perform the gluing and binding functions.

Clean up of herbicide or pesticide carry over: Most herbicide and pesticide molecules can be “eaten” or degraded by certain kinds of microbes in the soil, if those species are present. A healthy soil will tend to rid itself of ag chemical carry over and other forms of pollution.

Each of the functions above describes, how soils are supposed to work and can work. Your opportunity is to help customers learn to employ cultural practices and biological products to get all these functions working at top capacity. Yield and profit will be the result.