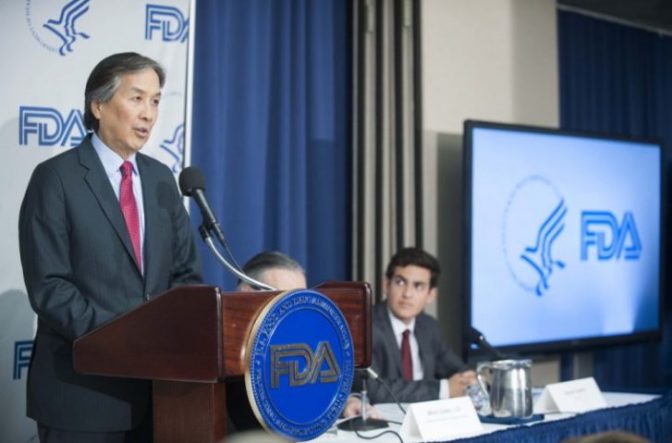 Corporate deception lies at the heart of modern society. People look up to government organizations to protect them from wrongful doings without realizing that corporations have long since stolen their allegiance to the public’s wellbeing. The Food and Drug Administration (FDA), for instance, has long been speculated for being a corrupt institution.

While it’s supposed to be in charge of regulating public health and safety, it is really at the mercy of giant pharmaceuticals and drug companies whose main goal is to rake in cash.

A Harvard report notes that every week in the U.S. nearly 53,000 people end up in the hospital and 2,400 people die due to prescription drugs. But why is this information, though publicly available, not public knowledge? Why aren’t we seeing, much like we see the new hair colour of a celebrity every five minutes, the alarming truth about the FDA? You can thank embargo for that.

In journalism, embargo refers to a “back-room deal” in which journalists and their sources agree not to publish an article prior to a specific date or time. The FDA goes one step further, however, by implementing a “closely held embargo,” which allows them to control the who, what, when, where, and why of any and all new FDA information privy to exposure for the American public.

This type of embargo keeps reporters from talking to any third parties until a certain date and time. And if reporters do try to seek out answers from other sources, asking questions about what they think of the FDA’s new rules on something, they risk having people trade on that information.

Bush carried on with the Clinton-era policy that forbade the FDA to reveal advance materials or briefings to reporters. The FDA’s use of the “close embargo” reveals that the institution likely wanted to prevent reporters from leaking information. The biggest concern seems to be that, when officials begin giving the go-ahead for this special access, it makes it much easier for the agency to prevent stories they don’t like from being exposed.

The agency is using this embargo with little care, especially regarding things that have market-moving potential. Do you really think a public health announcement requires any sort of embargo? The FDA isn’t focusing on controlling the rate at which market-sensitive information is being released so much as they are protecting themselves by keeping stories they don’t like from getting out, while ensuring stories they have collaborated on with a select group of reporters, with very little information, do shape the public’s viewpoint.

As New York Times former public editor Margaret Sullivan explains, “embargoes that attempt to control sourcing are dangerous because they limit the role of the reporter whose job it is to do a full look at a subject.” “It’s really inappropriate for a source to be telling a journalist whom he or she can and can’t talk to,” she adds.

[When] you can’t verify the information, you can’t get comment on the information. You have to just keep it among this group of people that I told you about, and you can’t use it elsewhere. In that situation, the journalist is allowing his or her reporting hands to be tied in a way that they’re not going to be anything, ultimately, other than a stenographer.

This is scientific tyranny. The FDA sits high atop its own pedestal, serving like the ruler of its own nation, and we are its puppets.

There are so many examples to dig up, like the FDA keeping a Fox News reporter out of the loop while informing other networks of the embargo. The FDA was about to release new rules on electronic cigarettes, and because the agency knew it would be nearly impossible to keep the story from leaking before they were ready, they put in their dirty work.

“I’ve heard a number of rumors that the FDA will be releasing its proposed e-cigarette regulations on Monday,” began Clara Ritger, then a reporter with the National Journal, on Friday, April 18. “I wanted to see if I could confirm that? If that’s not accurate, do you have a timeline?” Stephanie Yao, who was the FDA press officer at the time, avoided a direct answer: “The proposal is still in draft form and under review. As a matter of policy, the FDA does not share draft rules with outside groups while a rule is still under review.”

Ritger followed up again. “Thank you for following up with the statement,” she responded. “While I know the proposal is still in draft form and under review, for my planning purposes I wanted to find out when the proposed regulations will be coming out?”

Jenny Haliski, then another FDA press officer, responded this time: “Have you subscribed to FDA press announcements? The proposed rule itself will be published in the Federal Register.”

Ritger responded by noting that she signed up, but was also curious as to when the proposed regulations would actually come out.

“The FDA can’t speculate on the timing of the proposed rule,” Haliski answered. But this wasn’t entirely true. Haliski and others in the press office were well aware that the announcement would be made on Thursday, April 24, and that a close-hold embargoes briefing would take place on Wednesday. The invite had already been sent out to “trusted journalists.” Any reporters who didn’t agree were shut out. Fox News was one of those casualties.

The FDA hinders the public’s right to know about scientific fraud and misconduct as well. In a poignant article for Slate, Charles Seife exposed this truth:

For more than a decade, the FDA has shown a pattern of burying the details of misconduct. As a result, nobody ever finds out which data is bogus, which experiments are tainted, and which drugs might be on the market under false pretenses. The FDA has repeatedly hidden evidence of scientific fraud not just from the public, but also from its most trusted scientific advisers, even as they were deciding whether or not a new drug should be allowed on the market. Even a congressional panel investigating a case of fraud regarding a dangerous drug couldn’t get forthright answers. For an agency devoted to protecting the public from bogus medical science, the FDA seems to be spending an awful lot of effort protecting the perpetrators of bogus science from the public.

We are left with the potent realization that agencies and government officials control the flow of information that comes our way, ensuring favourable stories make headlines while unfavourable ones never make it to the press. And reporters who cross them are taught a harsh lesson that they are not in power, and they will pay for thinking they ever had the chance to be.

Voters and citizens deserve more, and so they must demand more. The FDA’s corruption needs to be exposed, protested, and destroyed. The agency should revert to using embargoes responsibly and respectfully.