Informed Consent: A Vital and Basic Human Right for Our Health Freedom 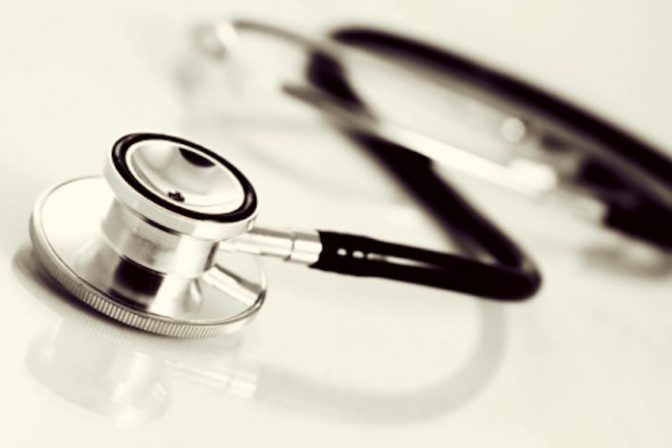 In the modern-day, informed consent is one of the most pressing issues/concerns with regard to our health freedom. Informed consent is defined as having the right to make informed choices while knowing the risks involved when offered medical treatment. Further, whether it’s as a patient or a participating subject for medical research, individuals involved should not be coerced or criminalized for refusing the offered intervening medical treatment.

Informed consent was an established basic human right for our health freedom after a Doctors Trial in Nuremberg 1947. However, in recent times, there has been a disturbing growing trend where the medical ethical principle of informed consent has been violated.

There have been recent run-ins with parents refusing to have their children vaccinated, like the Michigan mom who received the threat of imprisonment. There has also been the threat of arrest: Take the case of a woman who was accosted by 2 law enforcement representatives at the school district of Claremont, California. She was interrogated by these law representatives (government goons) and threatened with arrest because her children weren’t vaccinated.

-This incident was related to the unconscionable SB277 law Introduced last year in California, demanding mandatory vaccination, which, in effect, has abolished the right to informed consent, denying parents medical choice for their children. Bear this in mind. How many more cases of this medical fascism is there to come? Not just California, this is part of a nationwide agenda and it won’t just stop at mandatory vaccination, but will go much further with other prohibitions.

Medical intervention through vaccination carries with it an uncalculated, undetermined risk: The vaccine introduced into the body of a healthy individual could cause serious injury or even death. -Which is why vaccination must always be a choice. For that matter, the same should apply to any medical intervention involving risk. Let your conscience be your guide.

The mass vaccination agenda comprises a ‘one size fits all’ medical intervention programme. It erroneously assumes that all humans are equal. It doesn’t take into account that humans across the many cultures and societies have different genetic compositions. While also as individuals, humans have a unique microbiome and epigenetic makeup through diet, lifestyle and environmental influences.

–All of which will make humans react differently to vaccines. Consequentially, some will develop severe adverse reactions to vaccines (or to other pharmaceuticals) when treated.

Indeed, followers of the alternative media will know that there has been much documentation to seriously challenge the safety and efficacy of vaccines. Then there’s the growing evidence to show that we’re better off without vaccines.

However, in spite of all this, the powers that be pushing the mass vaccination agenda see it from the utilitarianism point of view. Utilitarianism decrees expendability: It is based on the idea that in a cause for the ‘greater good’ the minority are expendable. Hence the vaccine meme ‘the benefits significantly outweigh the risks. ‘-Well, try telling that to a mother who just lost her child through a vaccine. Or to parents whose child has been crippled after a vaccination and can’t get damage compensation because the vaccine manufacturer, the pharmaceutical company is not legally obligated to pay out…

Whether a vaccine damages one in ten thousand or 1 in ten million children or a single child, that makes authorities morally obligated to not make vaccinations compulsory for all.

To add to all this, there has been recent bombshell scientific evidence revealing the deployment of secret chemical weapons of mass sterilization through vaccines. In conjunction with the World Health Organization, evidence suggests that vaccines are being administered to young African women in Kenya to effectively cause a population reduction: Deceived into thinking it’s for their own good and without informed consent these women have no idea that they are being targeted for sterilization through accepting these vaccines containing sterilization chemicals.

After our federal government telling us for years that it’s for our own good, recent evidence reveals that adding fluoride to public water supplies causes a whole catalogue of health-damaging effects. This includes hypothyroidism; a hormone imbalance resulting in tiredness, fatigue, depression and obesity. It can also cause a number of cancers, skeletal fluoridosis and lowers IQ…

Not disclosing this information to the public or patients not only goes against the informed consent ethic but should also lead to holding a number of individuals criminally accountable for overseeing the adding of fluoride to public water supplies.

Smartmeters are installed in homes without informed consent: Home owners are not being told about the risks linked to the radiation coming from the smartmeters and how it can cause harm to the nervous system. -Yet another example to show the length and breath to which there is an absence of informed consent.

As already mentioned, in all cases, an empathy-based compassionate ethic should be applied where appropriate.  One that approaches public health law and policy that respects our right to autonomy, informed consent and health freedom.