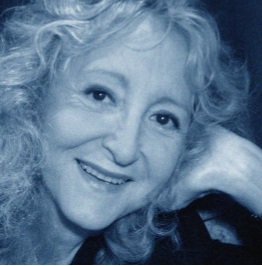 Tantra is an ancient science, which can be traced to the time of the Vedic Rishis alive in the Himalayas thousands of years ago. And to Buddha Padma Sambhava and his consort, alive in the 8th century in Tibet and India.

Tantra offers an extraordinary path to awakening. A very unusual path. It is one of the rare approaches which fosters the understanding of the power of sexuality, as a gateway to the ecstatic dimension. A dimension which opens our heart, and our brain to a direct experience, however fleeting,of the Divine One.

Most other spiritual paths purport to leave sex behind. They don’t want to “go below the belt”. They talk about transcending sex. But transcendence is not real, or true, unless you are giving up what you already know, what you have experienced deeply. Unless you have tasted the full potential of what you are ready to transcend, to transform, to give up, to go beyond. Not having acquired the inherent potential, the gift of what you want to transcend, means your sacrifice is meaningless. This is why the Catholic Church currently is wrestling with 180 court trials throughout America, based of sexual abuse by the Church’s priests. But Tantra is not about “leaving behind” it is about an all inclusive “weaving” of the many seemingly opposite aspects of our “body, sexuality, and psyche” into one whole, for the purpose of the expansion of our consciousness.

One thing has to be enquired into, at this stage: what is the most powerful, the most creative force that we know, as human beings in the 3rd dimensional universe (and in others?). What is at the root of life? What is the motor, the cause of life as we know it on the planet?
The answer is: it is love, as it takes shape, as it is literally “made” through sexual joining.

Hence our sexuality is at the root of life. Without it, we would not be here, not the trees, not the birds and the bees, not we humans…. To exist, Purusha has to meet Prakriti.

That is what creates the myriads of forms, which constitutes our universes. The marriage between consciousness and energy.
So, realizing this, we, western people, took the mystical teachings of Tantra. Read about them. Wandered the planet in search of the ultimate Guru, Master-Mastress, Teacher or Teacheress….. We took acid (some did), we went to Woodstock…We tried this, that and the other…. We stood on our heads and wanted to pluck that perfect moment, that fractal of divine revelation. That which exists in us, beyond the limitations of our third dimensional ego… We wanted to find Source. The Source code for ascending to a reality of harmony, love and bliss. Some of us found this source in the Light emanation of our original divine. Seeing, being, tasting, what we were before we incarnated in this physical body, and again what will remain of us, after we leave the human envelope : L I G H T

And we asked ourselves: What is the way to “get back there/here”, to pluck that perfect moment of divinity in the eternal newness of our Spirit ? We discovered Tantra. But most of us, from modern now generations (and many from the West) had already one problem. We suffered from the guilt of original sin, infused, encoded in us through the influence of St Augustine (church councils) who could not control his sex drive and (to make a long story short…) concluded that since we could not master it, this instinct would be the cause of our suffering, and would have us thrown out of paradise… Yes, the christian churches delivered us a blue print for failure. To imprint in our heart/ minds enough guilt to motivate us to seek a needless intermediary: the priest. The one capable of “saving our soul by interceding with God on our behalf”…

Since we were loaded with this baggage pro- grammed by the guilt imposed by the churches around sexuality, programmed by the fear and the low self esteem of the sinner…. We thought that Tantra would provide us with the ultimate salvation : a guilt free, orgiastic, way of liberating our sexuality, a shame free “pleasure zone” in which we could return to our original innocence. Tantra would teach us how to “pluck that drive”… which at the first level, is just the hormonal drive of our mating instinct. And so Tantra, provided with a needed rationale for our liberation from these taboos, from the old paradigm of the Christian teachings (redeem thyself through punishment, as the Christ did)…

Tantra was needed as a GREAT PLEASURE PURGE! As a guilt free choice for pleasure over punishment creativity over duty, orgasm over frustration, explosive release over transcendence….

But, in this time of great let go, of redeeming our natural state of innocence and playfulness, Tantra acquired a “bad reputation”. Of course!!!! But that’s OK!

Getting addicted to polyamorous life styles all the way to polyamorous stress (have you already tried to manage a life with three lovers in it?); promising the moon and not showing up for the date, being focused on sex and nothing else…. Then around the eighties, Tantra graduated to a more mature focus on the art of carrying a successful, prolonged, mutually satisfying sexual intercourse with ones partner (same sex, or opposite sex, by the way).

And from there, of course, Tantra was seen mistakenly of course, as the panacea for healing all relationship woes. About 25 years ago, Skydancing Tantra, a path originating from Buddha Padma Sambhava and his consort, Yesche Tsogyal, (the first SkyDancer ) arrived on the scene through the agency of Margot Anand and the SkyDancing Tantra Institutes.

Skydancing Tantra evolved into a series of books: The Art of Sexual Ecstasy, and many other creations (see www.margotanand.com). Then, Skydancing Tantra became the experience of the transmission of a mystical lineage, given through the agency of the Love and Ecstasy Training (LET) taught in several countries to this day. To give yourself an idea of what that looks like we recom- mend the current article, describing cycle 1 of the Love and Ecstasy training in…

Now we are awakening to the next level: we are asking what is beyond that concern for our sexuality, for our relationships, for our health , for, in one word, our oh so very important personhood?

And as we awaken, we come to a place of more humility. The contradictory aspects of our personality disappear progressively into the Light of the One Source, shared by all, which, as we cultivate it, and meditate, becomes more available as guidance and a daily joy and sustenance.

And now, we become less important as an ego self. And we transfer that love, and concern in our heart to our planet, to Mother Gaia, to the living- beings who live here, to the oceans, the air, the plants, the animals above and under water who once thrived on this earth, and are now trying to manage with the sonar disruptions of atomic explosions, the electro-magnetic fields emitted by the new “smart meters” , the radiation emissions of Fukushima, and the thousand and one mad experiments that are being wrought upon us all… So where do we go from here? Is there a Tantra beyond Tantra as we know it? The answer is: yes. It is the active participation in the actualizing of what we want. It is the realization that, as ecstatic beings, we are free, we are sovereign. And we are tired of swimming, daily in this anti-ecstatic soup.. spreading around the planet. And it is not by fighting and rebelling against the existing systems, that we will move forward, but rather, it is by creating viable alternatives based on the same principles taught by Tantra:

– caring for one another

– caring for our body what we feed it, etc

– caring for the earth & what we do upon it

– helping one another to wake up in freedom

– caring for all/one another regardless of race, creed, or gender

– treating each other honorably and respectfully regardless of caste, social belonging, race, creed, gender

It means that the time has come for us to create societies, territories where we can live by those principles, and exchange with one another the essence of our knowledge, of our love, of our discoveries. In kindness and mutual respect. That is where the New Earth Nation comes in. It offers us a fantastic platform to actually enact this new paradigm , to actually, voluntarily, one step at a time, come closer and closer to creating a New Nation outside all existing nations and paradigms. I invite you, Dear Reader, to consider joining us, into this noble experiment in which we can all be lovers of one another’s ultimate potential ! Lovers of each other, of our group, of our community, of our planet. Welcome to New Earth Nation!

Margot Anand is the best selling author of The Art of Sexual Ecstacy. She is world renowned for her work in advancing tantra in the West. She travels widely as Ambassador at large for the institute she founded and which has a presence in many countries. She has recently joined forces with the New Earth Nation and is establishing an Academy of Tantric Arts within the New Earth Nation Institute.

Here is the link to the NEO article:
http://joom.ag/PGzb?page=73#.U-uU9ABiWIM.mailto