Neuroscience & Consciousness: An Interview with Dr Paul Zak – Author of the Moral Molecule 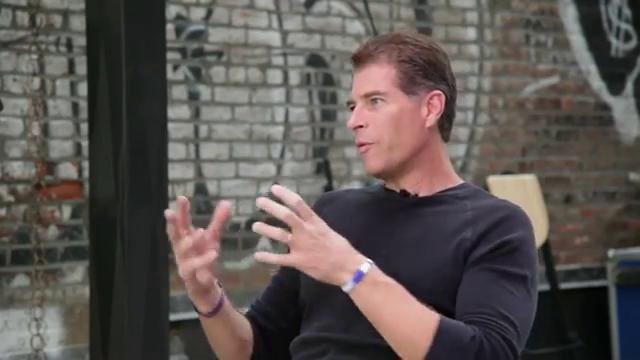 Divine Society had the pleasure of meeting and interviewing Dr. Paul Zak.

He is often referred to as “Dr. Love,” as he was the first to identify the role of oxytocin in mediating trusting behaviours between unacquainted humans. He also founded the field of Neuroeconomics.  As for work, he directs the Center for Neuroeconomics Studies at Claremont Graduate University, and is a member of the Neurology Department at Loma Linda University Medical Center.

He edited Moral Markets: The Critical Role of Values in the Economy. His book, The Moral Molecule, summarizes his findings on oxytocin and discusses the role of oxytocin in human experiences and behaviours such as empathy, altruism, and morality.

Dr. Zak’s research aims to challenge the thought that people generally are driven primarily to act for what they consider their self-interest, and asks how morality may modulate one’s interpretation of what constitutes “self-interest” in one’s own personal terms..

Dr. Zak is frequently interviewed in the media on topics ranging from economic policy to romantic relationships.  He was on TED Talks in 2011, to talk on oxytocin and trust, which has now gained over a million views.

Why is hugging so important?

My lab has shown that hugging releases the neurochemical oxytocin. Oxytocin enhances are sense of empathy and closeness to others.  We’ve also shown it reduces cardiovascular stress and improves the immune system. Touch is a key part of human relationships, so I recommend eight hugs a day — this is a way to give the gift of oxytocin release to eight people (or more!) around you.

Describe your mission with your work?

​My goal is to improve the happiness of individuals, improve the performance of organizations, and provide the foundation for free, prosperous, and peaceful societies. My work has shown​ that trust, which is derived from the brain’s release of oxytocin, affects all these things. A key word in my lab that guides every project is “flourish.” We do work to help people, organizations, and societies flourish.

What is correlation of mental health with intimate connection to others?

​Social connections and support is a key aspect of​ human flourishing — we need others to be happy. Strong social ties are a buffer against mental and physical decline. We must accept that we are a social species and need others in our lives.

What actually is the subconscious and unconscious mind in the brain?

​Neuroscientists estimate that 99% of what the brain does is outside of our conscious awareness. This is generally a good thing, but sometimes can lead us to make poor decisions. My lab, and many others, have studied contemplative practices that allow us to understand some of these unconscious brain activity. Resulting in exerting additional control over how we feel, what we choose, and how we interact with others.  ​

How does the pineal gland work in relation to the rest of the limbic system?

​Philosopher Rene Descartes thought the pineal was the “seat of the soul” because it is among the few non-paired structures in the brain (i.e. most structures are found in both the left and right hemispheres).  Scientists don’t fully understand everything the pineal does, but its main purpose appears to be circadian rhythm modulation. This is what gets out of tune when you cross many time zones.  When our sleep is disturbed, we are physiologically stressed, more emotionally on edge, remember things less well, and generally function poorly.  There is some evidence that supplemental melatonin may reduce jet lag, but there is disagreement about this.​

What’s your view on psychedelics including DMT (and their possibilities to healing? PTSD, depression, etc?)

​DMT is a very interesting chemical!  DMT is made in small quantities in the human brain, including in the pineal gland, but its purpose, and any effects on brain activity, are not understood. Taking DMT from plants induces psychedelic ​states and like other hallucinogens may help with a variety of anxiety disorders. Indigenous peoples in many areas have used DMT to produce trance-like states. Like many psychedelics, occasional use is likely safe, but long-term use, or high doses are likely to damage the brain, exacerbating anxiety and depression. ​

What are your proud of?

#1 is my children.  Best humans on the planet, and cutest, too!​