14 Things Everyone Should Know About Kale 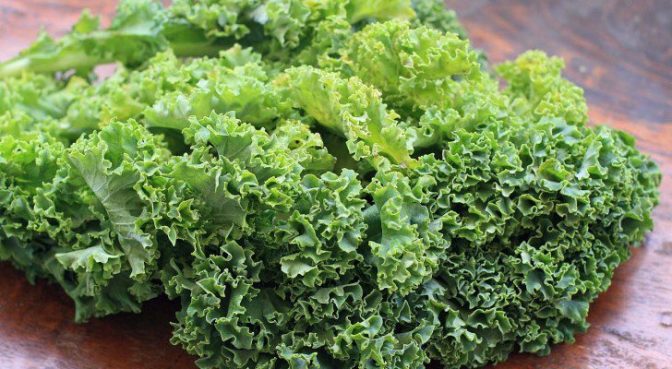 As a kid growing up in a lower-middle class family in northern Canada, the idea of eating leafy green vegetables such as kale would have likely grossed me out. Meat and grains constituted the majority of our family meals, and I trusted that my parents knew we were getting the nutrients we needed to be ‘healthy.’ If only I knew then what I know now.

Today we see that a large majority of the Western world has dived head first into the realm of personal health, with the advent of alternative health websites exploding throughout the internet mega-verse. It is incredible to see the amount of information readily-available regarding food as medicine. One of these nutrient dense super foods is kale, a vegetable so amazing it even has its own nationally dedicated day.

Kale is indeed incredible, but not many people know about its health-revolutionizing properties. Here are 15 things everyone should know about kale:

1) Kale Has A LOT Of Vitamins & Minerals

1 cup of raw kale has just 33 calories yet contains 684% of vitamin K, 134% of vitamin C, 206% of Vitamin A plus iron, folate, omega-3s, magnesium, calcium, iron, fiber and 2 grams of protein. Now that’s the definition of nutrient density.

1 serving of kale has more absorbable calcium than a small carton of milk. I can hear the new kale campaign already…

The purpose of National Kale Day is to raise awareness around the massive amount of health benefits to including kale in our daily diets. These choices not only benefit our own bodies, but they also benefit our planet. Reducing your meat consumption and increasing your greens intake will have an incredibly positive impact on greenhouse gas emissions.

4) Kale Has A Secret Power

These super-powers come from kale’s phyto-nutrients, which inlcude the well-known antioxidants, which reverse inflammation and improve the liver’s detoxing abilities. Want to start a simple detox? Start drinking a green kale smoothie every morning, it doesn’t have to be gross.

5) Kale Isn’t For Everyone

A small percentage of people are allergic to kale and other green cruciferous vegetables such as broccoli, cabbage and brussels sprouts. Also, the high levels of vitamin K in kale may interfere with people taking blood thinning medication such as warfarin.

Introducing kale into your diet doesn’t mean you need to start eating piles of kale every day. In fact, digesting fibrous kale may be difficult for some in the beginning. Start with a kale chip recipe, an easy-to-eat and tasty snack. The average American only eats about 2-3 cups of kale each year, and this statistic needs to change!

Blending kale in a smoothie is an easy and delicious way to get the nutrient punch kale offers.

7) You Can Get Your Kids To Eat Kale Too!

Changing a kid’s palate is a challenge no doubt, but that is why you can trick them into eating kale. HERE is a list of delicious kale recipes to get your kids secretly hooked on the leafy green vegetable.

With kale salad fatigue, some foodies are whispering that kale is a fad. It’s true: kale is having a spectacular, even unprecedented run. That said, kale is an Old World food and eaten across the globe; it’s a staple in Scotland, Kenya, Denmark, Portugal, Italy and many other countries. As we all get more focused about eating for health, kale will continue to be a staple for those in the know.

9) Kale Does Not Cause Hypothyroidism

There have been reports going around the web attributing kale to hypothyroidism, however no scientific literature supports this claim. Author, psychiatrist, and kale-advocate Dr. Drew Ramsey explains,

“There are molecules in kale called ‘goitergens’ that can compete with iodine for uptake into the thyroid. Theoretically, a diet very low in iodine (seafood, seaweeds, iodized salt) and very high in kale (say, juicing a bushel of kale every day), could cause problems. Based on the current science, a more appropriate worry would be eating excess iodine in seaweed and kelp or consuming too many environmental toxins like BVO, a chemical found in flame retardants and in many generic soda brands.”

Kale chips are an addicting and crunchy snack perfect for those movie nights. See our links for some different kale chip recipes.

Kale is one of the only vegetables which you can whip into a smoothie, chop-up into a salad, squeeze into a juice, bake to become an edible chip, and mix into a cocktail.

Kale is one of the few super-foods available to most people at a price of $2-3 for an organic bunch of leaves.

12) Kale Has Many Cousins

There are so many varieties of kale available, each with their own distinct flavour and texture. Try mixing up your usual  (curly green) kale with other varieties such as dino kale, premiere kale, redbor kale, Siberian kale, walking-stick kale, red Russian kale, or kamome red kale.

While cold weather may be kale’s preference, you can grow it during any season and in most climates. The flavor, output and duration from seed to harvest will change depending on the temperature, weather patterns, variety and soil condition, but kale is a hearty crop that is willing to adapt to our expanding desire for it. With that said, it can tolerate temperatures as low as 20F degrees, but will start to turn bitter and become tough in temperatures over 80F degrees. HERE is a beginner’s guide to growing kale.

Cooking kale frees some nutrients like magnesium and decreases others, like heat-sensitive folate. But consuming kale in any form delivers fiber, protein, omega-3s and a bevy of vitamins and minerals. I suggest mixing it up by sautéing, blending raw, or baking.

No Better Time To Start Eating Kale Than NOW!

Whether you’re 16 or 60, it is never too late to start introducing kale into your diet. With so many amazing benefits, it’s literally nature’s medicine. So what are you waiting for? Below is a link for more information about kale, including info about the benefits of kale for our brain and more delicious recipes. Good luck and happy kale eating!

17 Things I Wish Everyone Knew About Kale – Dr. Drew Ramsey of MindBodyGreen.com