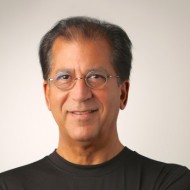 Doug Linman who heads the New Earth Science and Technology Faculty has just announced that his breakthrough Solar Liquid Power will be sent onboard a NASA rocket and headed to the International Space Station this coming April! This technology is one we are planning on using as a power source in the New Earth Communities around the globe. We are extremely proud of this amazing accomplishment for Doug and give a heart-felt thanks for his dedication and life-long work and for his service to humanity and commitment to change the world.

“Here is the NASA/International Space Station (ISS) marketing data displayed on our Solar Liquid Power that will coat and provide the power on every NEN sustainable community building and home, globally. We have been tested, evaluated, chosen and going into Space for advanced low earth radiation and microgravity testing on-board the International Space Station! Since awarded this honor, we continue working every week through Dec 1 to get the displayed modules built, ready, secured and sealed for traveling to the launch site. Then a transport rocket will be launched in April to the space station delivering 13 chosen Global experiments of which our Solar Liquid Power is one of these. We are the ONLY new renewable energy source that qualified for this level of testing in Space! Very please that our long effort work in Nanoscience and Electrochemistry is recognized at literally the highest level! David Sears our CEO/President and I are very honored.”

Here is a short BIO on Doug to give you a little background followed by information on the technology.

Doug Linman is the pioneer behind the leap in electrochemistry and nano science capturing solar energy in a new way and delivering it as Liquid Power. As its pioneering inventor he is considered the Father of Solar Liquid Power (SLP).

A 2013 TEDx speaker on the state of Nanoscience, also the founder and chief scientist of Molecular Quartermasters (MQ Corp) http://www.molecularquartermasters.com/ with David Sears a world class champion racer to arrive affordable Solar Liquid Power for humanity and across multiple industries.
Imagine being able to coat or spray onto just about any material, an energy source which captures and transforms full frequency spectrum light into DC electricity from an endless service provider source, the Sun. Also confidently drive electric cars thousands of miles without the need for a charging station, or treating electronics and clothing with an environmentally safe and endless source of power. Doug Linman and his specialized force has been working on it. He holds a 40-year background in Defense, Aerospace and Renewable Energy. Linman has long been studying ways, using nanotechnology, to advance the knowledge that the position of a single atom can make all the difference in a nanoparticle, which would precisely permit full control of the properties and thus the behavior of a designed nano material. His work is called Solar Liquid Power or SLP.
“Taking such a significant leap was not possible 20 years ago, simply because we could not physically see the level of matter needed to be observed, but over these last 10 years that dramatically has changed and here we are now!”. In his TEDx talk he expressed that NanoScience and its companion Nanotechnology will cause molecular manufacturing to expand and become the dominant continuing science used to significantly advance the way we live, work and play for our next 100 years. (1)

Solar Liquid Power is scientific breakthrough in nanotechnology, which captures energy directly from the Sun in nano-scale paint, for planetary energy needs and beyond.

Solar Liquid power is a breakthrough in Nanotechnology!
Nano refers to 10-9 power, or one billionth. Therefore referring to one billionth of a meter, or a nanometer (nm), which is at the atomic diameter scale. For example, a human hair is about 100,000 nanometers thick. Nano science is the study of atoms, molecules, and objects on the nanometer scale (1 – 100 nm).

The “practical application” of any Nanoscience research, development and discovery (things at the molecular and atomic scale level) of its end useable result is called Nanotechnology. Technology advancements at this level (molecular bonding and fusion) cross into Cancer treatment, using noninvasive surgery techniques by injecting a nanoscale medical solution into a finger that will surround only BAD cells, destroy them, and leave all good cells healthy and untouched. Another area in nanotechnology is new materials, like graphene, which is a carbon based nano-assembled matrix of molecules, which form a substance stronger than steel and built at the desktop level!

Solar Liquid Power:
NEST faculty member, Doug Linman is the pioneer behind the leap in electrochemistry and nano science, capturing solar energy in a new way and delivering it as Liquid Power. As its inventor he is the Father of Solar Liquid Power (SLP).

Doug Linman, founder of MQ Corporation of Molecular Quartermasters Corp, strives toward a singular focus in the mastering of nanoscience and the resulting design of nanotechnology, to produce electricity from the fully radiant source of energy, the Sun. We provide this new renewable energy source of power in a nanoscale designed liquid form, called Solar Liquid Power or SLP. This SLP will be made available to all people as affordable renewable power.

This is a proven scientific leap of profound practicality in nanotechnology. MQ Corp is establishing a new renewable energy and power source to use on Earth as well as in Space.This includes infusing the technical coating into raw materials to power them, also onto electric cars eliminating the need for a charging station, fused onto home and building materials, light posts, maritime ships, solar ships, powering food source generation stations underground, hybrid wind turbines by the coating their stalks, satellites and space travel, all clean and green energy, powered by Solar Liquid Power.

Doug Linman and MQ Corp are working alongside NEST in an integrated collaboration to bring Solar Liquid Power to New Earth communities, events, and the world at large.

“Douglas Linman, PhD., Solar Energy Science Innovator, Founder/Chief Executive, SUNTCO is the pioneer behind the leap in electrochemistry and nano science capturing solar energy in a new way and delivering it as Liquid Power. As its inventor he has become the Father of Solar Liquid Power (SLP). This TEDx talk will be on the state of the art in Nano-Science and how this relatively new science of matter will continue to change the way we live, work and play for the next 100 years.
In the spirit of ideas worth spreading, TEDx is a program of local, self-organized events that bring people together to share a TED-like experience. At a TEDx event, TEDTalks video and live speakers combine to spark deep discussion and connection in a small group. These local, self-organized events are branded TEDx, where x = independently organized TED event. The TED Conference provides general guidance for the TEDx program, but individual TEDx events are self-organized.* (*Subject to certain rules and regulations)”