How This Pacific Island Switched From Diesel To 100% Renewable Energy 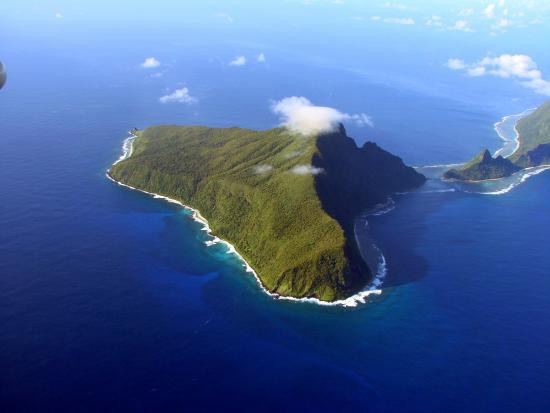 The island of Ta-u in American Samoa has seen its setbacks. Space and resources are limited, making it difficult for human communities to thrive. The island used to rely entirely on imported diesel fuel for its electricity, but, in an effort to create a more sustainable future, hundreds of residents are participating in a new solar energy project.
One of the five main islands in the South Pacific that make up American Samoa, Ta’u is very isolated, boasting just under 600 residents. The island has historically shipped in everything they can’t grow, including the fuel that powers their electricity system.

“I recall a time they weren’t able to get the boat out here for two months,” notes Keith Ahsoon, a local resident whose family owns one of Ta’u’s food stores.”We rely on that boat for everything, including importing diesel for the generators for all of our electricity.”

The generators burn about 300 gallons of fuel per day, which adds up to an estimated 109,500 gallons of diesel annually.

But a new partnership between SolarCity and Tesla is allowing the island to finally break free of their dependence on diesel imports.

Funded by the U.S. Department of Interior and the American Samoa Power Authority (ASPA), the project will be able to supply virtually all of the island’s power needs.
The project is not only a breakthrough for the island, but an example of how we may eventually be able to break the globe’s dependence on fossil fuels entirely with the use of the right clean energy system.

“There are islands that have conferences upon conferences where all they talk about is sustainability,” explains Danielle Mauga, one of ASPA’s engineers. “A lot of other islands are working towards the same goal, yet this island has managed to achieve a major milestone by being able to claim energy independence with solar power”

The new system provides six megawatt hours of storage, which permits the island to stay powered for three full days without sunlight. And when the sun does shine, the microgrid absorbs enough solar within seven hours of sunlight to fill the Powerpacks to full capacity.

Such a system will provide a more consistent power supply that doesn’t involve rationing during outages — a system Ta’u residents had become used to under the old fuel-based system.

“Once diesel gets low, we try to save it by using it only for mornings and afternoons,” explains Ahsoon. “It’s hard to live not knowing what’s going to happen. I remember growing up using candlelight.”

An even bigger solar farm is now being installed by Tesla and Solar City, offering nearly 55,000 solar panels on the Hawaiian island of Kauai. Tesla CEO Elon Musk has announced that the companies plan on building hundreds more of these installations.

“Living on an island, you experience global warming firsthand,” Ahsoon says. “Beach erosions and other noticeable changes are a part of life here. It’s a serious problem, and this project will hopefully set a good example for everyone else to follow.”