Revolutionary 3D-Printed House Takes Less than a Day to Build and Only Costs $10,000 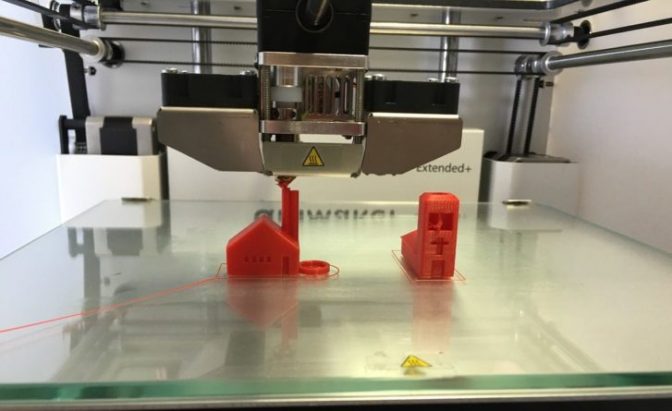 A groundbreaking potential solution to homelessness and poverty is now a reality thanks to a company called Apis Cor. The company, based in Russia and San Francisco, has developed the capability to 3D-print an entire house in just 24-hours.

As the Telegraph reports, Nikita Chen-yun-tai, the inventor of the mobile printer and founder of Apis Cor, explained his desire is “to automate everything.”

“When I first thought about creating my machine the world has already knew about the construction 3D printing,” he explained

“But all printers created before shared one thing in common – they were portal type. I am sure that such a design doesn’t have a future due to its bulkiness. So I took care of this limitation and decided to upgrade a construction crane design.”

What sets Apis Cor’s product apart from the rest is that its mobile printing technology can print everything right on site. Prior to this method, portions of the house had to be made off-site and then transported. However, thanks to Apis Cor, that costly process is now a thing of the past.

“Printing of self-bearing walls, partitions and building envelope were done in less than a day: pure machine time of printing amounted to 24 hours,” the company said.

Once the printer finishes the house, it is removed with a crane and the roof is then added, followed by interior fixtures, fittings, and paint.

As ZeroHedge points out, the initial house consists of a hallway, bathroom, living room and kitchen and is located in one of Apis Cor’s facilities in Russia. The company has claimed that the house can last up to 175 years.

Apis Cor has claimed to be the first company to have developed a 3D printer than can print whole buildings on-site.

For now the technology is in its infancy, however in a few years, the deflationary pressures unleashed by Apis-Cor and its competitors could results in a huge deflationary wave across the construction space, and would mean that a house that recently cost in the hundreds of thousands, or millions, could be built for a fraction of the cost, providing cheap, accessible housing to millions, perhaps in the process revolutionizing and upending the multi-trillion-dollar mortgage business that is the bedrock of the US banking industry.

This incredibly cheap and efficient home only costs $10,134.

READ MORE:  Homeless Plant a Massive Organic Rooftop Garden, Then Use it to Feed an Entire Shelter

Below is a brief video of this amazing process. The 400-square-foot home is breathing new life into the industry of 3D printing. Imagine the capabilities this technology when applied to poverty-stricken areas throughout the globe. The implications are nothing short of revolutionary.