Emotional TRAGEDY: Antidepressants Found to Cause Delayed Depression, According to 10 Experts 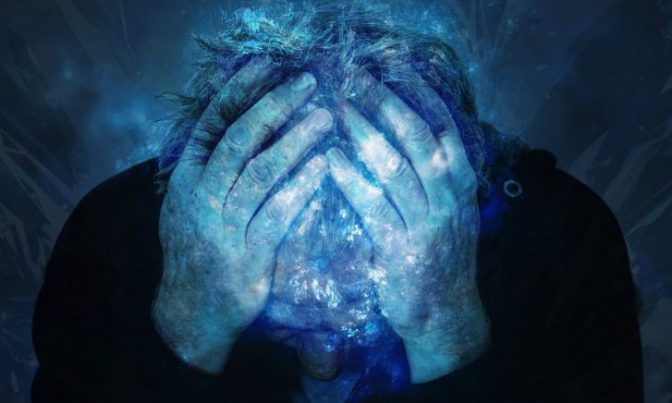 (Naturalhealth365) Rates of depression in the United States have more than doubled in the past few decades. In the years between 1991 and 2002 alone, the prevalence of major depression rose from 3.33 percent to 7.06 percent – and it continues to rise. A growing number of researchers and mental health professionals believe they know the reason why and it’s not a lack of antidepressants in the diet.

In fact, in “The Sedated Society” – a book published by the Council for Evidence-based Psychiatry, the authors make a compelling case against the widespread use of antidepressants. Not only are these drugs unhelpful in treating depression, they maintain, but they can actually cause it.

If you know anyone taking antidepressant medication – share this news (below) with them and help prevent years of avoidable emotional pain.

According to a review published in Medical Hypothesis, up to 80 percent of patients diagnosed with major depressive disorder will experience a recurrence – despite a constant ‘maintenance dose’ of an antidepressant.

The prevalence of treatment-resistant depression – in which patients have relapses of depression even while on antidepressants – has increased among depressed individuals, rising from 10 to 15 percent in the early 1990s to roughly 40 percent in 2006.

Ten different experts collaborated on The Sedated Society, a scathing evaluation of the adverse effects of antidepressants – and of pharmaceutical companies’ flawed studies and deliberate manipulation of data.

The authors flatly state that selective serotonin reuptake inhibitors (SSRIs) and anti-psychotic medications are no better than placebo for treating depression.

According to co-author Dr. Peter Gotzsche, a noted clinical researcher at the University of Copenhagen, the drugs fail to treat mental or emotional problems. “There is no justification for lifelong use,” Dr. Gotzsche says of antidepressants.

The book also details the experiences of Luke Montagu, also known in the United Kingdom as Viscount Hinchingbrooke. Montagu was on antianxiety medication for two decades – before discontinuing it and suffering a grueling withdrawal that he says lasted for years. “Antidepressants ruined my life,” Montagu says.

Dr. Gotzsche maintains that pharmaceutical companies conceal and suppress unfavorable studies – while cherry-picking only favorable data from others.

For example, Dr. Gotzsche says that 25 percent of participants in a Prozac trial were also given a tranquilizer in order to mitigate the risk of suicide. In addition, Dr. Gotzsche reports that researchers violated the randomized, double-blind protocols that lend credibility to medical studies.

Psychiatrist Dr. Sami Timimi, another of the book’s co-authors, agrees. Studies on Prozac (fluoxetine) conducted by the National Institutes of Health actually showed it worked no better than placebo, Dr. Timimi maintains. However, the statistics were skewed to make it look as if Prozac were more effective.

Psychiatrist Dr. Peter Breggin, yet another co-author, maintains that GlaxoSmithKline, the manufacturers of Seroxat, suppressed trials that showed that their antidepressant increased the risk of suicide in children.

The motive for the fraud, says Dr.Gotzsche was purely financial. (As usual, the pharmaceutical industry will do anything to protect its profits).

Warning: Antidepressants are toxic and addictive

The philosophy behind antidepressants is that depressed people have lower levels of serotonin, a neurotransmitter that helps maintain stable mood. SSRIs are intended to slow the breakdown of serotonin in the brain – leaving more available for longer periods of time.

Dr. Gotzsche notes that there is no research showing a link between serotonin levels in the brain and depression – and says there is no evidence that SSRIs correct brain chemistry.

In fact, he maintains that they cause brain damage. Animal studies have shown that antidepressants can shrink the connections between brain cells – which don’t regenerate.

Side effects of SSRIs can include diminished sex drive and tardive dyskinesia – a disorder causing involuntary, repetitive muscle movements. Damage can persist long after the patient has stopped taking them.

Withdrawal from SSRIs can cause severe symptoms, which could include akathisia – an intense compulsion to move. Akathisia may be accompanied by an inability to sit still, pacing, anxiety, panic attacks and aggression. According to Dr. Breggin, akathisia can predispose sufferers to violence against themselves or others.

Antidepressants cause a short-term lift, but long-term misery

Dr. Robert Whitaker, a co-author and psychiatrist, acknowledges that patients taking antidepressants do experience a lessening of symptoms – over the short term. But this temporary improvement, says Whitaker, is not any more pronounced than what is seen in patients treated with a placebo.

Researcher Rif El-Mallakh, M.D., uses the phrase “tardive dysphoria” to describe the consequences of SSRIs. A play on words involving the term “tardive dyskinesia,” the phrase references the “delayed unhappiness” that antidepressants can produce.

As The Sedated Society reports, non-depressed individuals given antidepressants for other problems often become significantly depressed – with the depressive condition persisting long after the antidepressants are discontinued.

The results were stunning.

The team noted that their study suggested “possible long-term iatrogenic (medically caused) effects of antidepressants.”
If the authors of “The Sedated Society” are correct, millions of people are being prescribed medications that cause the very syndrome that they are meant to treat – a truly tragic situation.