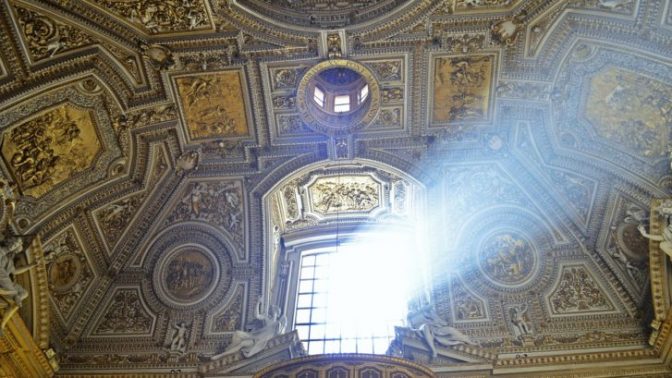 RADIATION PHENOMENA OR THE WORLD OF RAYS & RADIATIONS

Condensation of Energy, and Motion is the life of the Universe.

Truth and Wisdom can only be discovered through observation, experiment and experience.

In our search for Truth and Understanding we discover that the wheat is mingled with the chaff. Facts and superstition, theories and imagination must be investigated in order to arrive at conclusions which can be formulated into laws. The whole of our Universe, the whole of creation, is based on definite laws. We have discovered many of these laws and we believe we have discovered most of them. These laws apply to matter, to the starry heavens; they operate in physics and in chemistry and in all fields of science. We have discovered that we can say beforehand what results we may expect when we make use of the laws governing a particular branch of science.

Let us for a fleeting moment look at some of the basic laws, which we use in all spheres of science. These laws are the foundation stones and without them we cannot build up anything of value.

The law of polarity may be called the first and the fundamental law of all creation.

Only man and woman together can create a child. ‘

Only a positive and a negative electric current can produce an electric light.

Only an acid (positive) and an alkali (negative) can produce a chemical compound.

Only the joining of the two—the positive and the negative—can create a new manifestation.

All attempts to discard this basic law and to hope for results without using it is a waste of time and energy.

Two positive poles of a magnet repel each other.

The whole of creation is the joining of two forces of an opposite and complementary nature or an opposite polarity. When these two forces join creation takes place. In every sphere of science we see that this basic law manifests itself in operation.

When we consider radiation phenomena we encounter at every step this first law; the law of polarity.

Without going further into the many laws known to us, let us cast our mind on to the subject of radiations and rays and let us see what the research workers all over the world have discovered.

Rays and radiations—two simple words—yet they open the gates into the realms of all creation.

Rays and radiations—a vast—an endless and a fascinating world whose radiance leads us from the world of matter and death, to a world of light, understanding and wisdom. Only comparatively few men have ever ventured into these fertile fields and have explored these plains where the eternal light never fades.

Orthodox science concerns itself up to the present time only with those rays and radiations which are either electric, magnetic or electro-magnetic. Everything which does not fall within this category is simply put aside and considered not worthy of scientific investigations. Many of the pioneers who do not follow the footsteps of the orthodox scientists are considered to be “slightly off the beam.”

We must always bear in mind that real advances and nearly all progress in the world is only made by very few individuals. Unless we have realized and acknowledged to ourselves our ignorance we can never progress or gain greater knowledge. Humility—true humility—the realization of our limited understanding and the longing, the desire and courageous determination to explore new fields, will slowly but surely raise us into spheres of greater understanding. All creation is the outcome of rays and radiations. What do we know about rays and radiation phenomena? Let us, first of all, glance over that vast panorama like an interested spectator looking down on to the earth from an aeroplane many thousands of feet above the ground.

True science is organized knowledge and organized observation. Unless we observe, and unless we correlate the knowledge of many spheres, we can never obtain a picture of the whole.

Unless we expound our own ideas and our observations no progress is possible. In God’s good time the ideas will take root and often monuments are erected to the pioneers whom the orthodox scientists had persecuted and made into martyrs. Finsen, the discoverer of the curative power of ultra-violet rays, was persecuted and made destitute; yet after his death they erected a monument in his honour. Reichenbach was persecuted and debarred from practicing as a medical man. Paracelsus was persecuted and his books were burned. Endless is the list of names we can collect from the records of history—yet Truth is everlasting and triumphs in the end. The more forcefully an individual expounds a new idea, the more powerful is the reaction of the orthodox thinkers. And as in physics, so in all spheres of life we encounter Newton’s third law of motion, which says: “To every action there is an equal and opposite reaction.”

It is not strange that throughout the history of the world the same story can be told, that those in authority—the so called experts or the upholders of orthodox ideas—when confronted with a new idea or a new philosophy or a new way of life, direct their fury and anger not against the idea but against the individual who expounds the idea. The judge and the accusers of Christ did not attack His teachings—such as “Love your neighbour as yourself”—or “love those who hate you.” They attacked and persecuted Him as a person. They did not try to prove that His ideas and teachings were wrong. They persecuted Him and asked Him questions, which had nothing to do with His “new way of life.”