Why Do So Many Cultures Idolize The Western Caucasian Image Of Beauty? A World-Wide Issue That Is Out Of Control 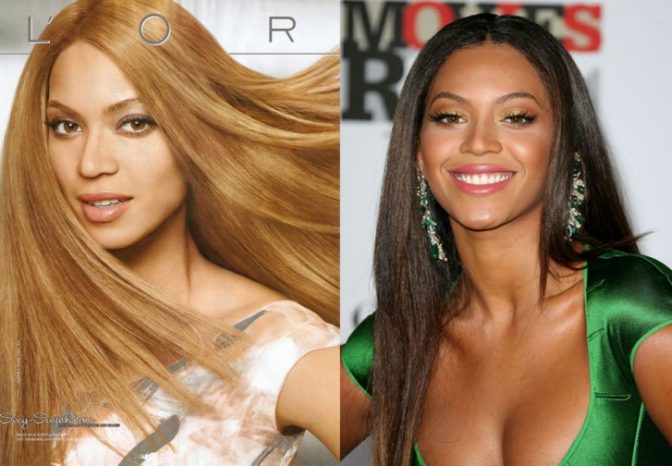 No matter what country you’re in, France, the UK,  Japan, India, or Canada, you are surrounded by it at any given moment. The latest sale, the hottest new look, the ideal body, the only way to ‘fit in’. This overtly westernized image of beauty has become the international standard through the influence of clever marketing and advertising schemes. We are taught that in order to fit into the globalized culture we must fully embrace the western body.

Sadly, lighter-colored skin is considered the ideal image of beauty in most countries that contain darker skinned people. The use of skin lightening creams are rampant throughout these countries, pulling in billions of dollars every year. The majority of these products work by eliminating the production of melanin, the natural pigment found in our skin. By the year 2018, it is estimated that the global market for skin lighteners will reach a staggering $20 Billion. But the use of these products don’t come without dangerous risks.

Skin lightening products are estimated to bring in $20 billion by 2018.

Hydroquinone, a common topical ingredient found in skin lightening creams has been shown to cause leukemia in mice and other animals. The European Union even banned the ingredient in cosmetics in 2001, although it can now be prescribed by a doctor.

In Korea and other Asian countries, blepharoplasty, or eyelid surgery, has become the most common cosmetic procedure. The idea is to create a look that makes the eyes appear more open, similar to the shape of Caucasian eyes. If you look at the models and Anime characters portrayed in Asian magazines and advertisements, it is easy to see the exaggerated size of their eyes and the influence this has on the population.

Eyelid surgery, known as blepharoplasty, is the most common cosmetic procedure in Asian countries.

Self-Love = No Profit For Beauty Industry

Where do these beauty ideals stem from? The sad part is that the desire to look a certain way doesn’t come from the men and women themselves, it is often imposed on them from the mass media and society at large. Why? Because insecure people make better consumers.

And this isn’t just a female related issue either, men face the same bombardment of chiseled models and beefy sports super-heroes every day. There is a market pin-pointed for every faction of the population.

In truth, if someone were completely happy and confident with how they felt and looked, they wouldn’t feel the need to wear makeup, do their hair, dress fashionable, or pay for expensive and invasive surgeries. These industries would all fail, and this is something they know.

This is why the big companies spend billions on advertising every year. This is why the westernized standard for perfection is pushed in everyone’s faces day-in and day-out. And this is exactly why we need to put an end to these standards.

The Illusionists is a new documentary coming out this year that aims to raise awareness around the vanity-insanity issue currently plaguing our world. Their 4 minute teaser has been going viral around the web and for good reason, I think the timing of this message couldn’t be any more imperative. We can’t wait for the conversation around westernized beauty standards to be at the forefront of international discourse.

What do you guys think, have you ever felt pressured to look a certain way based upon our current westernized standard for attractiveness? Share with us below!