5G Technology Gets Overwhelmingly Opposed In More Than 200 Cities 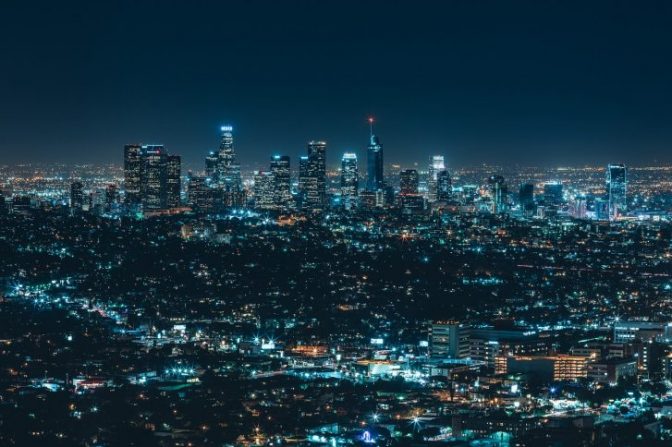 (NaturalHealth365) According to activist Josh Del Sol, more than 200 cities are now officially opposed to 5G – a network which uses higher frequency bands, at untested frequencies, of 24 to 100 GHz and higher. Del Sol, the maker and producer of the award-winning documentary “Take Back Your Power,” says this opposition is a good start – but, much more must to be done to protect all life on this planet.

The wireless industry is running scared because people are waking up to the dangers of wireless technology and the excessive amount of microwave radiation coming from all these cell phone towers. On top of that: the public is learning about a way to fight back and win.

The population is already being bombarded with dangerous frequencies

Scientists for Wired Technology – a group seeking to change laws in order to protect all living creatures from radiation – points out that radiofrequency microwave radiation is a man-made, toxic agent that causes biological harm.

And, we are already being bombarded with it, to the tune of 700 to 2.1 billion microwaves per second – for cell phone data – and 2.4 billion to 5.8 billion MWPS for Wi-Fi data to tablets and laptops.

Unfortunately, things could get worse. With the implementation of 5G, the group reports that the result will be additional pulsed microwaves at 24 billion to 90 billion MWPS. (words can’t express the insanity of these numbers)

5G will add radiofrequency microwaves to an already radiation-saturated network

Pulsed microwave radiation is composed of micro-second pulses sprayed through the atmosphere, transferring data at the speed of light. As these data pulses penetrate, or reflect off, anything in their path, they cause biological harm to humans, pets and wildlife – including beneficial birds and pollinators.

Experts say that duration of exposure to the micro-second pulses of electrical power – not the intensity – is the most important factor. Therefore, “always-on” wireless infrastructure antennas have the potential to gravely damage health – especially when located near bedroom windows. In fact, Scientists for Wired Technology characterizes the installation of Distributed Antenna Systems anywhere near bedroom windows as an “assault.”

The solution, says the group, is to forego wireless systems and return to wired internet access – via fiber-optic, coaxial or Ethernet cables.

In addition, the group maintains that telecommunication base station antennas should be 200 feet off the ground, and at least 2,500 feet away from homes, schools, hospitals, public buildings, parks and wilderness areas.

Of course, the government considers wireless systems to be “safe.” Yet government health agencies failed to sound warnings on such threats to human health as thalilomide, smoking, lead paint, Agent Orange and other toxic disasters – until it was too late for many. Should we really take their word for it?

Unfortunately, the powers-that-be are again failing to heed warnings issued by researchers and natural health experts.
In May 2016, the U.S. Federal National Toxicology Program released “partial findings” from a $25 million study on the effects on health of cellphone radiation. And the results were alarming.

Researchers found that hyperplasia – or abnormal growth of tissues or organs – and tumors occur at significantly higher rates in the presence of radiofrequency microwave radiation.

Rather than serving to slow down the race to unleash 5G, the study appeared to go unnoticed. A month later, FCC chairman Tom Wheeler held a jubilant press conference to laud the coming roll-out of 5G applications as a “game-changer” and a “national priority” expected to generate “tens of billions of dollars.”

A mere month after that, on July 14, 2016, the FCC approved the move to 5G – and the installation of Distributed Antenna Systems on utility poles commenced.

At the June 20th press conference, the FCC resorted to Gestapo tactics to attempt to intimidate a reporter. A Bloomberg News reporter, Todd Shields, had his press credentials confiscated by members of the FCC security force – after he was observed merely conversing with a group of safety advocates concerned about radiation.

After Shields openly confronted Wheeler, the chairman chided him, and alluded to the duty to “behave responsibly.”

Of course, this begs the question – who is really behaving irresponsibly here?

You can view the video (below) and decide for yourself:

How can I show I oppose 5G technology?

Get involved by, first, educating yourself about the dangers of so-called ‘smart cities,’ 5G technology and EMF pollution issues.  And, of course, you can also get more practical solutions by joining the growing movement over at: TakeBackYourPower.net

As former congressional candidate and safety advocate Kevin Mottus puts it, “We are microwaving our population.” It’s time to take action.