What Is The Purpose Of Pain? 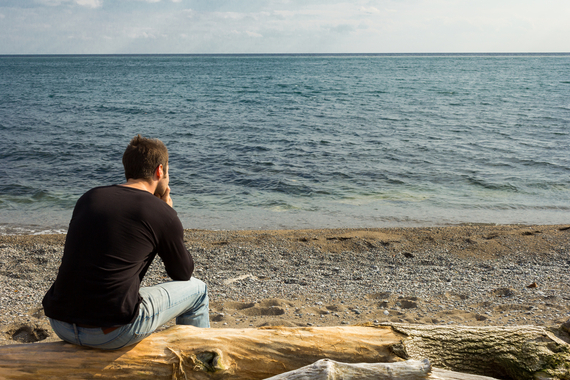 What is the purpose of pain in our lives – and is it avoidable?

I met with a private client recently and his story was shocking.

For the sake of our story, let’s call him Jonathon. Jonathon is a young man in his early twenties who is struggling with substance abuse. He has been in and out of treatment centers for the past 4 years and is battling heavily with guilt, shame, and regret. His inner battle with these destructive emotions stems from the fact that his first and only child passed away at the age of 3.

At that time, he was doing better than the mother of his child, Nicole. He was more on top of his addiction issues than she was. He and his mother had custody of the child and were doing their best to raise him. One day, they both had work and Nicole offered to watch their son, Jack. With some hesitation, Jonathon agreed to bring Jack to her house.

While he was at work, Nicole was playing with Jack in her backyard by the pool.

She went inside for what felt like a blink of an eye and upon her return found her son, deceased on the bottom of the pool floor. As you could imagine, Nicole, Jonathon, and his mother were devastated.

At the age of 20, Jonathon was now experiencing one of the most painful circumstances a human being can endure; the loss of a young child.

Upon hearing this story I found myself pondering the purpose of pain in our lives.

Was this something Jonathon had to go through to clear some karmic debt?

Was this something Jonathon had to go through in order to learn a particular lesson?

Was this something Jonathon could have avoided by making different decisions?

Or was this just something that happened to become a part of Jonathon’s reality?

Why do some people experience such tragedy in life, while others seem to have a much smoother ride?

Since time immemorial, philosophers have contemplated this question and produced various answers.

Some would claim that Jonathon may have taken the life of a child in a previous incarnation; and therefore now he must endure the pain he once caused to another.

Others would claim that the “Ways of God” are beyond understanding and he can do nothing but accept His Fate.

Others, who are more cynical, may say that God had nothing to do with it and Jonathon is merely facing the consequences of the poor decisions he has made throughout his life.

Either way, none of the above explanations provide Jonathon with insight on how to move forward successfully in his life.

What would you do if you were Jonathon?

How would you respond to his circumstances?

How do you respond to the pain that you experience in your own life?

One of my favorite words in the English language is responsibility.

It is comprised of two words: response and ability.

Each and every one of us has the ability to respond to whatever cards life deals us.

How you choose to respond to life will determine the role pain plays in shaping your present and your future.

In his book, A Man’s Search for Meaning, Victor Frankel indirectly explains the difference between pain and suffering.

Pain is inevitable, while suffering is a choice.

Victor Frankel endured and survived the hell of the Holocaust to teach the world that pain can become tolerable when you give it meaning.

When you view the pain you experience as unnecessary and unjustifiable you only prolong your suffering and create your own mental prison.

I am not suggesting that you seek a life of pain; but rather suggest that you decide not to suffer.

Whenever you find yourself in a painful situation, whether it be caused by a death in the family, financial insecurity, conflicts in relationships, or a common dose of self-doubt, view that pain as necessary.

Do not fight against it, but rather welcome it with open arms.

Greet it at the front door and allow it to come inside your home (mind and body).

Strive to find the meaning and purpose that is hiding behind it.

After the brutality of the Holocaust claimed the lives of his mother, father, brother, and wife, Victor Frankel, who endured pain that the majority of us cannot imagine, still decided to find meaning and purpose within his experiences.

He utilized that meaning and purpose to develop logo therapy, which is a form of existential analysis.

By the time he passed away in 1997, his book had already sold over 10 million copies and had been translated into over 24 languages.

His message so deeply resonated within me and forever remains etched into my mind, body, and soul.

As for Jonathon, I am sincerely sorry for his loss.

I do believe it is possible for him to avoid some of the pain that awaits him in his potential future.

But as far as the pain that is already present, the only question left for him to answer is how will he respond to it?

Will he be able to turn his tragedy into some form of a triumph?

The pain that you experience in life is like clay.

It is up to you to mold your pain and define it’s meaning.

What meaning will you give to your pain today?