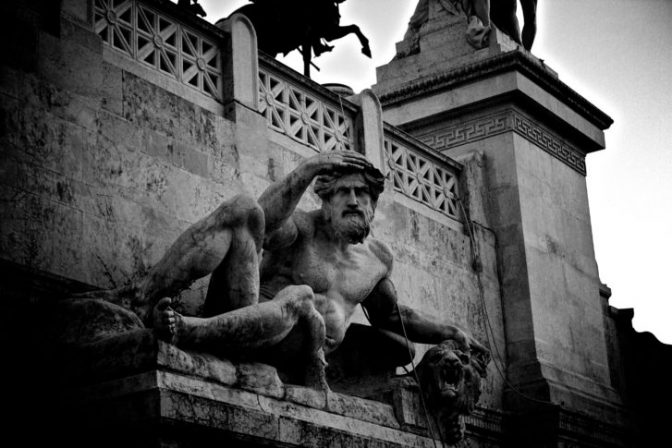 There was a technique used or invented by the Romans a long time ago.  A natural form of air conditioning/ventilation was used roughly as follows:

The sun heats up the chimney causing the air inside to rise, thus drawing air through the cool pipe. The pipe cools the air drawn from the outside to the temperature of the earth at the depth at which it is buried (which is virtually constant year around at this depth).

By the way, an interesting note: Even in cold climates where the ground is frozen, the incoming air is only 32F when the air outside may be much colder, we need only heat the air by 38F to bring it to 70F; as opposed to heating outside air of say -15F to 70F we would have to heat the incoming air by 85F – quite a difference in the amount of heating energy we would have to supply by some other means. Of course, without the sun to warm the chimney (or some other source) the system isn’t worth fooling with.