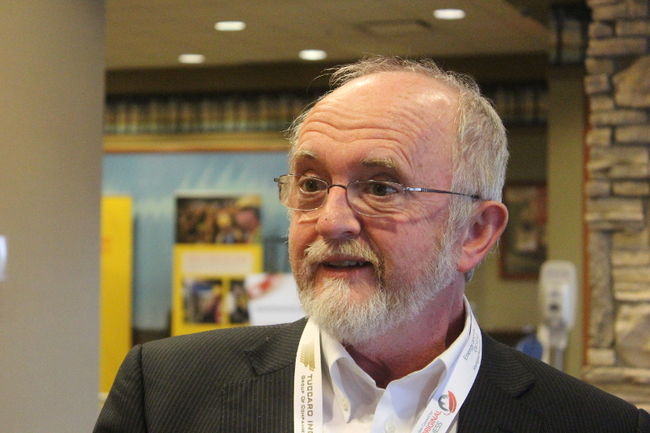 In Canada, just south of the polar region’s barren tundra, resides the boreal forest, complete with 1.3 acres of wild habitat for a vast and varied amount of species. It’s home to hundreds of First Nation communities who use it to hunt, fish, and trap, too.

It’s also the center of the dirty fight regarding tar sands oil that dates back 300 years, to when British explorer James Knight came across the “gum or pitch that flows out of the banks” that is now Canada’s Athabasca River. Knight was referring to tar sands, which consist of a thick deposit of sand, clay, water, and sticky black bitumen that resides underneath northern Alberta’s boreal forest.

Pulling tar sands from the earth and converting it into usable fuel requires an extensive and expensive amount of energy and water and the strip mining of enormous portions of land, a process which uncovers heaps of toxic waste and air and water pollution.

No matter the reality of the economic and environmental costs involved in the extraction and conversion process, this dirty fuel became popular in the mid-1990s, increasing oil prices. In 2004, Canadian production of tar sands oil had peaked at one million barrels per day.

Though many people have turned a blind eye to the detriments of this dirty fuel, not everyone is willing to back down, including northern Alberta doctor John O’Connor. In 2014, he warned U.S. Senators of the significant health risks of the tar sands on families, which both Canadian and Alberta governments have outright ignored.
“I appeal to you to keep up the pressure – this is an ongoing tragedy.  A total disgrace,” explained O’Connor. He revealed statistics regarding rare cancers that spiked 400 times more than what is considered normal for a small community, like Fort Chipewyan, which is downstream to the north of the oil sands. “These are published, peer-reviewed studies that indicate that the government of Alberta and Canada have been lying, misrepresenting the impact of industry on the environment,” he said.
Though the Alberta government has been denying cancer links for quite some time, even stating on its website that there is “insufficient evidence to link the incidence of cancer in Fort Chipewyan to oil sands operations” and rates of cancer are “within the expected range,” O’Connor suggests their denial has more to do with profit than public safety.
One study revealed that Leukemia and non-Hodgkin’s lymphoma have increased in the last 10 years, most notably among men residing downwind of pollution plumes from the oil, gas, and tar sands facilities east of Edmonton.
O’Connor, who made a name for himself as one of Canada’s most outspoken tar sands dissidents, was dismissed from his job, where he was working remotely as a consultant, from the Fort Chipewyan (Fort Chip) Health Center without notice in May of 2015.

President Obama announced his rejection of the Keystone XL Pipeline project after more than six years of review in November of 2015. But Donald Trump, who is soon to take office, favours building the Keystone as well as the Dakota Access, which can only stir up unrest amongst advocates, who are now being forced back on the defence. But this year proved to be the darkest yet for Canada’s tar sands, and so, the question must be asked: Will increased awareness of the dangers of these pipelines actually prevent them from being built?

Throughout 2016, oil prices continued to plunge, causing companies to cancel or delay nearly three dozen projects. And massive wildfires forced producers to halt operations for weeks. Canadian officials even began creating plans to cap the tar sands’ emissions and put a national price on carbon as a result of little action on climate change policy occurring over the last decade.

With the world finally, if slowly, phasing out fossil fuels, many economists and advocates claim Canada’s oil sands will likely, and should be, the first reserves thrown out, due to their high operating costs and emissions.

Norwegian oil and energy giant Statoil even announced their choice to officially quit tar sands and opt for offshore wind instead.

The transition to a fossil-free future is something to celebrate, no matter how difficult or long the process may be.