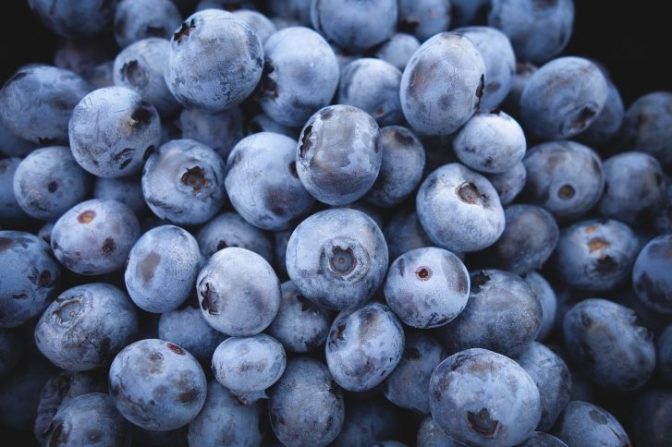 (Naturalhealth365) For some older adults, “senior moments” – those brief but embarrassing episodes in which car keys are misplaced or familiar names are fumbled – are only minor annoyances.  But, for millions of people looking to improve memory and brain function, forgetful moments are not insignificant and tend to be quite disturbing.

“Senior moments,” especially when they occur with increasing frequency, may actually be an early manifestation of mild cognitive impairment – which can signal the beginning stages of Alzheimer’s disease or another form of dementia.  Now, a new study shows that blueberries and blueberry extracts have the power to increase brain activity and improve memory – possibly helping to put off the development of neurodegenerative conditions.

Decreased brain blood flow – which can occur with age – not only decreases cognitive function and causes mild impairment, but can also trigger strokes and contribute to neurodegenerative disease.  Conversely, enhancing blood flow to the brain can help preserve mental function and cognitive decline.

In a placebo-controlled study involving older adults and published in 2017 in Applied Physiology, Nutrition and Metabolism, researchers set out to evaluate the effects of blueberries on brain blood flow and cognition.

The researchers divided participants into two groups – with one receiving 30 mL of a blueberry concentrate daily for 12 weeks, and the other receiving a placebo. Researchers then analyzed the participants’ brain function with cognitive tests while they were inside an MRI scanner.

This technique, known as a functional MRI, allowed the team to evaluate brain function as the participants were performing. The test helped researchers identify parts of the brain used for specific tasks, while enabling them to draw connections between brain activity and blood flow.

The researchers found that participants in the blueberry group had marked increases in brain activity while taking the tests.

Significantly, the participants experienced improved blood flow in the grey matter of their parietal and occipital lobes — the areas of the brain where sensory, touch and visual information is processed.

And, this increased cerebral circulation helped to improve mental performance. The team reported that the blueberry group had improvements in working memory – including better word list recall – when compared to the control group.

The new study built upon previous research, in which blueberries had been shown to boost mental function. In one study, published in Journal of Agricultural and Food Chemistry, older adults with mild cognitive decline were given wild blueberry juice daily for 12 weeks.

The researchers noted that the participants experienced substantial improvements in learning and memory functions, as well as a trend towards better blood sugar control.  As an ‘added bonus,’ they also experienced a reduction in depressive symptoms.

Incidentally, the extraordinary brain-boosting powers of blueberries aren’t limited to seniors. Schoolchildren can benefit as well.

In a study involving children 8 to 10 years old, a beverage containing freeze-dried blueberry powder helped to improve performance and accuracy on five different cognitive tests, including a delayed recall test in which the children had to remember a list of words. The study represented the first time that flavonoids were shown to evoke a cognitive benefit in children.

Why do blueberries protect the brain?

Blueberries are rich in flavonoids known as anthocyanins, natural plant pigments which give blueberries their beautiful indigo hue.  Anthocyanins enhance cerebral circulation and promote communication between neurons in the brain.

Animal studies have shown that blueberries protect against damage from beta-amyloid proteins – which are associated with Alzheimer’s disease. Harmful deposits of beta-amyloid plaque cause inflammation and major oxidative damage in the brain tissue – but, blueberries help to activate the brain’s natural defenses to defuse the threat.

In addition, they protect brain cells from becoming overstimulated in the presence of excitatory stimuli.

Research on aging animals has shown that blueberries increase levels of a specific growth factor, BDNF, which promotes brain cell growth and repair and helps to improve memory.

This gives blueberries the ability to improve specific memory functions. Blueberries protect spatial memory — which keeps people oriented in three-dimensional space – and enhance working memory, which has to do with the merging of memories and current sensory inputs to produce a logical reaction or response.

Blueberries are packed with nutrients and polyphenols

Scoring an extraordinary 9,621 on the ORAC scale – a scientific measure of antioxidant capabilities – blueberries are ranked as one of the highest antioxidant foods in the world.

These tasty berries are a virtual storehouse of antioxidant flavonoids and plant compounds, including resveratrol and gallic acid. They are also rich in the carotenoids lutein and zeaxanthan, which help ward off cataracts and age-related macular degeneration.

Rich in antioxidant vitamin C, vitamin K, manganese and dietary fiber, blueberries are a nutritional bonanza – at a modest 85 calories a cup.

Note: If fresh, organic blueberries are out of season or too pricey, researchers say that inexpensive blueberry extracts and powder concentrates offer virtually the same benefits as fresh berries.

With the ability to promote mental clarity and better memory, the humble blueberry has proven neuroprotective benefits.  In fact, eating a daily helping of blueberries may be one of the best things you can do to protect against mental impairment and decline.

Editor’s note: The NaturalHealth365 Store offers the finest quality (organic) blueberry powder on the market.  This is a delicious addition to any smoothie.  Click here to order today!