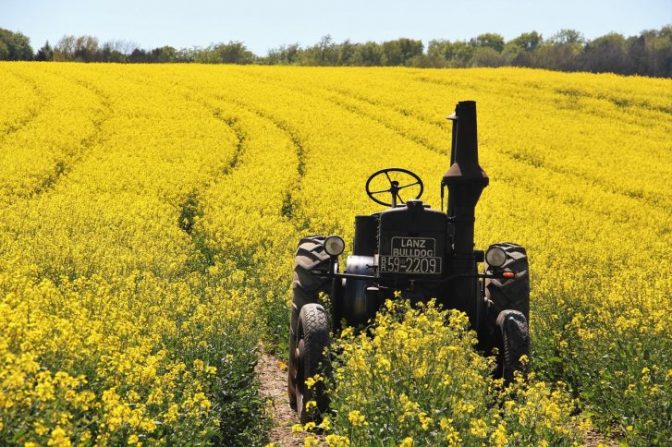 (NaturalHealth365) Canola oil is one of the most popular vegetable oils in the world. However, many integrative healthcare providers are sounding the alarm about this seemingly harmless oil. And, as you already know, “popular” doesn’t always mean it’s healthy for us.

For example, a new study out of the Lewis Katz School of Medicine at Temple University and published in the journal Scientific Reports has linked canola oil with a decrease in memory and learning indicative of Alzheimer’s disease – the most common form of dementia.

One of the main reasons canola oil has been so popular is that it is quite affordable. It has also been advertised as “healthy” throughout the years, despite there being little evidence to support this marketing claim. Sadly, most corporate advertisers have played on the fact that canola oil is a “vegetable oil,” as if that would make people believe that everything is o.k.

Until now, few studies have looked into the health effects of canola oil, especially on the brain. For this recent research, the scientists looked at the oil’s effects in terms of memory impairment and the formation of tau neurofibrillary tangles and amyloid plaques in mice.

Keep in mind, conventionally speaking, neurofibrillary tangles and amyloid plaque have been widely-touted as risk factors for dementia.  Of course, there are other factors that increase your risk of dementia.

The mouse model was created to mimic Alzheimer’s disease in humans as it progresses from asymptomatic to full-blown in later life. The researchers had used the same basic model in a previous study of olive oil.

In the olive oil study, Alzheimer’s mice were fed extra-virgin olive oil as part of their diet and showed reduced phosphorylated tau and amyloid plaque levels plus memory improvements!

For the canola oil study, the 6 month old mice were divided into two groups. One group ate a normal diet; the other was also given the mouse equivalent of 2 tablespoons of canola oil per day.

The animals were assessed 6 months later at 12 months of age. The main difference observed was in the animals’ body weight. The mice given canola oil to eat were quite a bit heavier than the mice on a standard diet.

Also, tests using mazes to assess short-term memory, working memory and the ability to learn yielded very different results in the two groups. The mice that had consumed canola oil for 6 months showed significant impairments in working memory. (not good!)

In addition, the brain tissue of the mice fed canola oil were low in amyloid beta 1-40. This is a soluble form of amyloid beta proteins – which serve a key role in buffering harmful insoluble forms of these proteins.

The brains of the canola oil mice showed a higher amount of amyloid plaque as well as diminished contact between brain neurons. This indicates synapse injury, which is problematic since synapse firing plays a key role in the formation and retrieval of memories.

The bottom line? Consuming canola oil is not good for brain health or your waistline. The fact that it is a vegetable oil clearly does not automatically make it healthy.

Avoid canola oil and instead favor oils with known health benefits, such as organic extra virgin coconut oil and olive oil. Both have been proven beneficial to brain health.

To learn more about Alzheimer’s disease – listen to this NaturalHealth365 Podcast with Jonathan Landsman and Dr. Thomas Lewis.

Editor’s note: Be warned – canola oil is used quite a bit, even within the “health food” industry. The next time you buy bread, muffins or cookies (as an example) – read the label carefully.

And, click here to order the same coconut oil that I use – every day.*