The Great Disclosure as Informed Consent 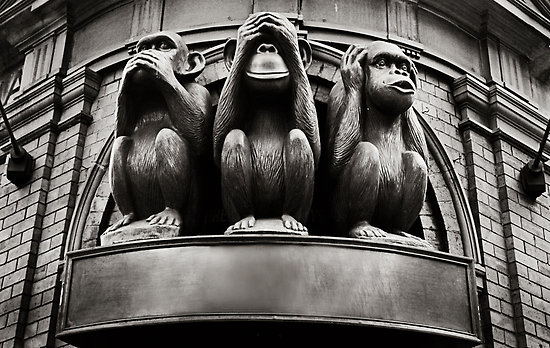 It’s not the fact that government committed treason upon the people that is being talked about per say, but that some dude blew the whistle on that gov- ernment treason and is now seeking asylum from a government that seeks to punish him for his brav- ery.

And then there’s Wikileaks…

We are supposed to believe that there is a rogue white-haired ghost out there posting government secrets that somehow he and only he has been able to tap. And somehow he has eluded capture for his whistle-blowing, despite the monstrous world-wide surveillance apparatus and smart-grid that has been set up and capable of spotting a pimple on Saddam Hussein’s white ass.

And the news reports the horrors of the act of disclosure, even while they disclose the crimes of government.

But what about the actual crimes and treason com- mitted under color of law by government?

What about the disease of organized crime that goes unpunished just because it goes under the moniker of “government“?

This great disclosure of secret government dirty deeds and military crimes has a very specific pur- pose that most of us have not considered. That is, to create understanding and acquiescence to these treasonous facts by organized government crimi- nals of the world as just the way it is…

In other words, this disclosure of crime creates what can be termed “informed consent“.

While the official act of obtaining informed consent is generally done within public notices and meet- ings, voting, and through other official means, the mere flooding of the airwaves and newspapers with information creates a much more devious form of consent of the people to government crime.

You see, government is exposing to the people its conspiracies. A conspiracy is simply a plan between two or more persons (a person being legally defined as a corporation – and each politician is actually incorporated as a “corporation sole”).

But there is one problem… a conspiracy (in law) does not exist unless first proven in a court of law. This simply means that while a conspiracy may have been happening for 10’s or 100’s of years, it is not officially recognized as such until a government court officially recognizes the facts of the con- spiracy. Ironically, before this can happen, the best “conspiracy theory” must be argued in court with proper evidence. Until the court officially states that it is a conspiracy, anyone who claims such is nothing but a conspiracy theorist. We can point our fingers and report all we want on the blatant conspiracies happening daily in government, and yet the conspiracy (organized plan between two or more persons to defraud and harm the people) doesn’t technically exist until the court says it does. Black’s Law 4th Edition defines theory in law:

Thus, without a “theory of case”, there can never be a proven conspiracy, for the court will not hear a case without proper theory. With this understand- ing, we can certainly see why the news media and organized criminal politicians have turned the phrase conspiracy theory upon its head and into a negative insult and ad hominem attack against any- one who wishes to prove they are conspirators.

This definition is, let’s face it, the very description of the day to day operations of government!!!

It is what police do when they force you to accept exaction (extortion) through citation.

It is what States do when they take your property through eminent domain.

It is what the military does with each innocent life it takes abroad.

And it is what the president does with each Execu- tive Order and Presidential Directive he passes.

For all of these officers are acting in conspiracy – a plan between two or more persons to commit un- lawful acts under the color of authority and law.

Amazingly, this controlled media has actually pit- ted the masses of public opinion against any who dare call it conspiracy, attacking the character of the man by labeling that individual as a conspiracy theorist. It is indeed ironic to ponder that this term is exactly what is needed to stop the ongoing day to day organized crime of government – this conspir- acy of powerful men – and that these very much needed theorists are made insignificant and outcast from society for their efforts.

But more to the point, what we see today is the dis- closure of conspiracy without the reaction or pun- ishment for the action. For the people have been bamboozled into trusting that government will police itself. With just a bit of logic we can see that the Federal Bureau of Investigation (FBI) is nothing more than the Federal Government investigating itself! No sane and reasonable person should ever trust a self-investigatory agency to decide on the basis of a conspiracy within its own incorporation. The idea is ludicrous and preposterous!

Most people have been under the contracted BAR legal doctrines and opinions for their entire lives, never understanding that the true lawful Courts of Record have been buried under the wreckage of that private association, which is empowered and appointed by the very organized crime syndicate itself – the U.S. Federal Government under the Executive Department of Justice.

The Supreme Court is stacked with BAR attorneys in black robes (not to mention cousins of former and current presidents). It hears no cases without BAR approval. And so its conspiracy is nothing more than to protect the Federal Government – the corporation that gives it authority in the first place – from any theory of case of conspiracy from ever reaching the Justices of the Supreme Court.

And all of this is so because true law has been usurped by private codes and corporations, who administrate their own copyrighted case law and opinions.

Yet the lawful Court of Record lays dormant, as the highest court in the land – towering over the private Supreme Court – and awaiting the brave men branded as “conspiracy theorists” who would simply utilize its power and authority.

The great disclosure of ultra-criminal conspiracy is happening now. And without the good people taking the responsibility of their theories of cases to the proper lawful courts and out of the hands of the administrators of false “justice” in private law to prove conspiracy on the Record, the facts being dis- closed on a massive scale of fraud and conspiracy will become something much worse than the con- spiracy itself… they will become and remain legally justified acts done through informed consent. For we are being informed nearly every day of new and more devious organized crime with no punishment or remedy.

Without good men standing in the lawful court and sitting in grand jury indictments, these crimi- nal acts will never be proven as conspiracy, and so these unproven conspiracies will remain nothing but the wasted and un-utilized theories of those conspiracy theorists on alternative radio who are demonized and belittled at every turn.

The great disclosure is the new informed consent, for if no man stands up and dares call it conspiracy then all unlawful acts by government are done by the consent of an informed people… who cower at their master’s feet and refuse to challenge authority.

Authority is such a scary word, but only because nobody seems to realize that authority actually means permission of the people.

Isn’t it time to bypass this private corporation called government and the services it offers in lieu of the law, so that we can once again see law in our land?

Isn’t it time that you (individually) stand up against the crimes that government claims your consent to and to rebut that presumption?

The International Tribunal for Natural Justice exists in order to shed pure truth on the war crimes and corruption in government systems.  Stand with them in sovereign expression of your noncompliance to fear, brutality, and scarcity: become a founding advocate of the ITNJ.

To find out how to get involved and become a founding advocate check out the committee to support the ITNJ: https://itnjcommittee.org/commission