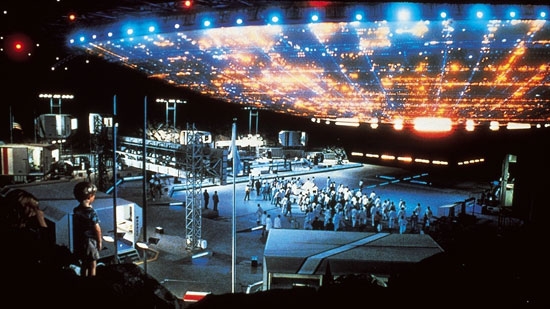 Are we on the threshold of a massive turn of events in this push for Disclosure? Are Galactic beings now appearing at a much higher frequency and at lower altitudes to send a message to all of humanity that they are here?

There appears to be a lot of action recently in the skies and I’ll provide a few examples.

Tuesday night January 13, my friend witnessed a craft that was flat or more of a saucer-like shape (so not a blimp) with no sound and red and white lights flying just above her tree lines.  She lives just outside of Washington DC so as you can imagine this is pretty restricted air space.  So not only was this craft flying close to DC, but it was flying at an amazingly low altitude.

That friend then sent this video to me which was published on January 14, 2015 and has to be one of the most remarkable UFO videos I have ever seen.  And I’ve looked at thousands.

UFO Releasing Glowing Orbs Into a Formation in Western Massachusetts

Here is another sighting similar from a MUFON report .

“A Texas couple near Leon Valley and San Antonio reported watching a slow moving, silent, triangle-shaped object just 20 feet off of the ground that appeared to be partially transparent move behind their home and yard, according to testimony in Case 62530 from the Mutual UFO Network (MUFON) witness reporting database.

The reporting witness reveals the encounter from both her and her husband’s point of view. The two were outside having a cigarette at 11:45 p.m. on November 26, 2014, when the object first came into view.

“Me and my husband went out to the front yard by our trucks to smoke a last cigarette and my husband wanted to wait until midnight to wish me happy birthday,” the reporting witness stated. “We didn’t bring our phones with us because we weren’t planning on taking long.”

“A Pennsylvania witness at Valley Forge reported watching a “brightly lit, triangular-shaped object hovering over the trees,” according to testimony in Case 62584 from the Mutual UFO Network (MUFON) witness reporting database.

The witness was driving home from work northwest along Gulph Road towards Phoenixville and away from King of Prussia when the object was first noticed.

“I noticed three very bright lights just over the tree line in the distance,” the witness stated. “I think I noticed them just about the time I passed the Washington Memorial Chapel. The lights were side-by-side…”

“An Oklahoma witness at Tulsa reported watching a UFO with “three really large and bright green lights” that made a sound like a lawnmower and moved as close as the tree top level about 2 a.m. on January 14, 2015, according to testimony in Case 62631 from the Mutual UFO Network (MUFON) witness reporting database.

The witness looked out a patio door and saw the object moving toward her location.

“Noticed some really bright solid green lights in the sky coming from the north airport area towards me,” the witness stated. “They were so round and bright! Wondered what the heck was in the sky…”

read more on these and other recent sightings on the MUFON news page @ http://www.mufon.com/ufo-news

Do you want an explanation and the truth?  Or will you just accept the fact that we’ve been lied to by the world governments for decades.

If you would like to get a response from the United States government who know all too well what is going on and can shine some light on these experiences I urge you to do your part and get involved.

WE PETITION THE OBAMA ADMINISTRATION TO:

Here is the link:

Even if you live outside of the United States you can still sign this petition to help make a push for disclosure of the galactic presence. It’s time to end the Truth Embargo.  We need 100,000 signatures by February 6th and so far we have less than 10,000 signatures.  Please get involved.