How Our Poop Could Save The World: Check Out These Fascinating Toilet Technologies 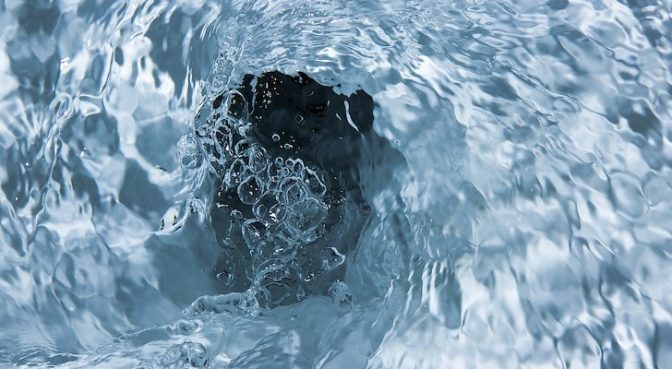 Sanitation and waste management issues affect the lives of more than 2.5 billion people around the globe every day. The World Bank estimates the annual global cost of poor sanitation at $260 billion, including loss of life, missed work, medical bills and other related factors. Without proper toilets or sewage systems, many people in developing countries go to the bathroom in rivers or fields, unknowingly spreading germs that cause diarrheal disease -the second leading cause of death in children under five -in their own communities, as well as those downstream.

Two years ago The Bill and Melinda Gates Foundation launched the “Reinvent the Toilet” challenge to bring together innovative minds from various universities and organizations in hopes to solve this world-wide calamity. The outcome of the challenge would reveal ground-breaking designs for toilets that could capture and process human waste without piped water, sewer or electrical connections, and transform human waste into useful resources, such as energy and water, at an affordable price.

I know there is a growing awareness surrounding the agenda behind the Gates Foundation, particularly relating to vaccination schedules and population control – the CE team is well aware of this information, and by no means supports these agendas. However, regardless of a possible alternative intent behind the “Reinvent the Toilet” challenge, there are some remarkable technologies which must be looked at as possible solutions to the waste management and sanitation crisis plaguing developing countries. The results were inspiring to say the least.

The first round of this challenge took place a few years back, where participants from the United States, the United Kingdom and Canada brought home awards for their inventive ideas. The California Institute of Technology in the United States received the $100,000 first prize for designing a solar-powered toilet that generates hydrogen and electricity. Loughborough University in the United Kingdom won the $60,000 second place prize for a toilet that produces biological charcoal, minerals and clean water. University of Toronto in Canada won the third place prize of $40,000 for a toilet that sanitizes feces and urine and recovers resources and clean water. Special recognition and $40,000 went to Eawag (Swiss Federal Institute of Aquatic Science and Technology) and EOOS for their outstanding design of a toilet user interface.

The Reinvent the Toilet Fair brought together participants from 29 countries, including researchers, designers, investors, advocates and representatives of the communities who will ultimately adopt these new inventions. The foundation also announced a second and third round of Reinvent the Toilet Challenge grants totaling nearly $3.4 million.

Reinvent the Toilet Challenge Round 2 Winners

Cranfield University: This nearly $810,000 grant will help develop a prototype toilet that removes water from human waste and vaporizes it using a hand-operated vacuum pump and a unique membrane system. The remaining solids are turned into fuel that can also be used as fertilizer. The water vapor is condensed and can be used for washing, or irrigation.

University of Colorado Boulder: A nearly $780,000 grant will help develop a solar toilet that uses concentrated sunlight, directed and focused with a solar dish and concentrator, to disinfect liquid-solid waste and produce biological charcoal (biochar) that can be used as a replacement for wood charcoal or chemical fertilizers.

India is perhaps the biggest culprit for waste management problems, putting out a whopping 72,000 tons of untreated waste each day. It is so common for Indian culture to defecate in public that it is not uncommon to see them doing their business on sidewalks, in open fields, or on train tracks. These actions come with dire consequences however, as diarrheal diseases kill 700,000 children every year, most of which could have been prevented with better sanitation.

The winning technologies from “Reinvent the Toilet” fair have the possibility to change all of this. With the proper investments, fund-raising, and charitable donations, these innovative technologies might not only solve the waste sanitation crisis, but they might also create massive contributions to the renewable energy movement, all from the smelly and unpleasant stuff that we all loathe!