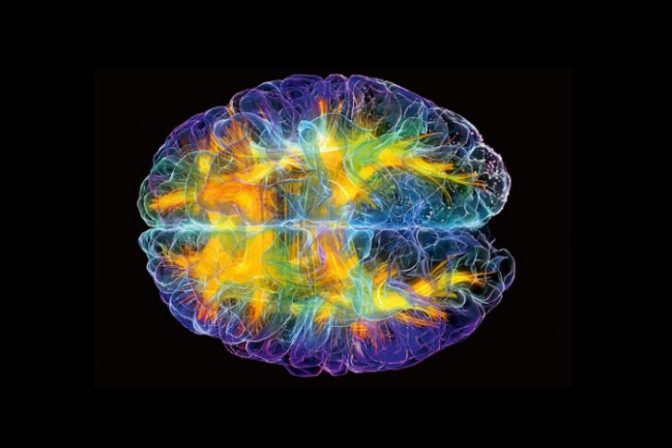 Researchers from Boston University have figured out two areas of the brain which must be activated to ‘turbo charge” cognitive functioning.

Two brain regions – the medial frontal and lateral prefrontal cortices – control most executive function. It was found that by synchronizing these areas of our grey matter, participants in a study experienced better, faster brain functioning. De-synchronizing these areas resulted in the opposite – a slower brain.  However, if there is more to the story of our brain’s left or right brain dominance?

The synchronization of these two areas of the brain also resulted in better communication abilities and more control over the participants’ emotional reactions.

The Alarm Bell of the Brain

Robert Reinhart, assistant professor of psychological and brain sciences at Boston University and lead researcher for the study called the medial frontal cortex the “alarm bell of the brain.”

In healthy people, this region of the brain works hand in hand (or perhaps lobe in lobe) with a nearby region, the lateral prefrontal cortex, an area that stores rules and goals and also plays an important role in changing our decisions and actions. Getting them to work together more efficiently allows a more efficient correction of action, and thought.

The research, published October 9, 2017, in the journal Proceedings of the National Academy of Sciences (PNAS), suggests that electrical stimulation can quickly increase or decrease executive function in healthy people and change their behavior.

This research is yet more proof that a “whole brain” approach to learning or problem solving is most effective.

It has long been understood that certain meditative practices increase whole brain functioning, and particularly, enhance the firing of neurons in the two brain areas mentioned in the Boston University study, but other areas of the brain are also enhanced.

For example, it was found that in long-time Buddhist meditators who focused on compassion, the anterior insula was activated.

“Every neuroscientist will have their favorite part of the brain,” says neuroscientist, Richard Davidson. Davidson is famous for running a series of MRI scans on Buddhist monks along with the Dalai Lama. The anterior insula is one of his favorites, because it’s where a lot of brain-body coordination takes place.  He states,

Most of Us are Left-Brain Dominant

The average, non-meditating person is usually left or right brain dominant, with most of us in the Western world being left-brain dominant. This makes for studious, hard-working individuals, but may inhibit us from experiencing greater spiritual insights, required by right-brained, or whole-brained thinking.

Some would argue we were made this way, to be easily controlled – to create a slave race that was intelligent enough to follow orders, and to do the labor required of an elite class – but dumb enough not to strive toward the full realization of our coded DNA for conscious evolution, or enlightenment.

There is a large body of evidence presented by Graham Hancock, and other ancient historians which asserts that the human race, or Homo Sapiens Sapiens, was not, according to the Sumerian sacred literature, created by the God of all Universes, but by lesser Gods pretending to be the “Almighty” God (Infinite Intelligence) who came to earth after destroying their own planet, and desirous of creating a slave race which would serve them as they built their own civilization on earth.

For example, Jill Bolte Taylor, a neuroscientist at Harvard’s brain research center, only experienced the “bliss” described in enlightened yogis and shamans when she had a stroke, and the entire left lobe of her brain – responsible for ego, judgement, and analysis – was rendered temporarily mute.

While the Boston study is significant in its findings, it only adds more credence to the importance of whole-brain synchronization (found easily via meditation) for overall performance, well-being, compassion, and control of our emotional processes – and yes, even the attainment of nirvana, and an inevitable escape from the left-brain-supported prison matrix.

Christina Sarich is a staff writer for Waking Times. She is a writer, musician, yogi, and humanitarian with an expansive repertoire. Her thousands of articles can be found all over the Internet, and her insights also appear in magazines as diverse as Weston A. Price, Nexus, Atlantis Rising, and the Cuyamungue Institute, among others. She was recently a featured author in the Journal, “Wise Traditions in Food, Farming, and Healing Arts,” and her commentary on healing, ascension, and human potential inform a large body of the alternative news lexicon. She has been invited to appear on numerous radio shows, including Health Conspiracy Radio, Dr. Gregory Smith’s Show, and dozens more. The second edition of her book, Pharma Sutra, will be released soon.

This article (Meditation Can ‘Turbo Charge’ the Brain by Synchronizing Two Key Regions) was originally created and published by Waking Times and is published here under a Creative Commons license with attribution to Christina Sarich and WakingTimes.com. It may be re-posted freely with proper attribution and author bio.