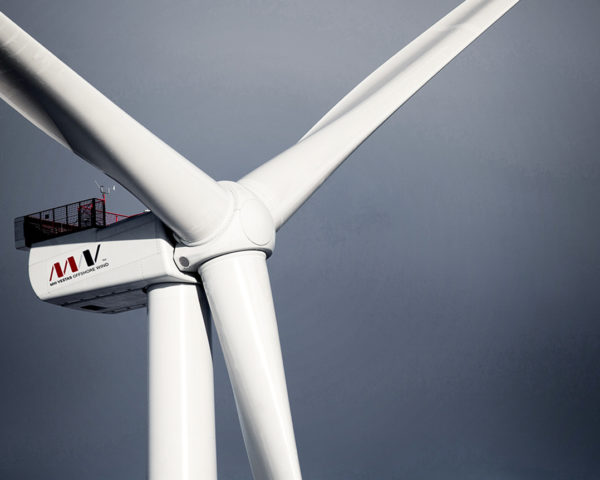 Believe wind power is just a load of hot air? This news is sure to change your mind.

In Østerild, Denmark, lies a giant offshore wind turbine that’s breaking a shocking amount of energy generation records. MHI Vestas Offshore Wind, a joint venture between Vestas Wind Systems and Mitsubishi Heavy Industries, revealed its 9 MV turbine prototype in December 2016. Upon testing the wind turbines at the close of the year, the prototype, an upgrade from the V164-8.0 MW version, was found capable of generating almost 216,000 kWh over 24 hours. This breaks the previous record for energy generation for a commercially available offshore wind turbine.

The new prototype can generate enough energy to power the average American household for roughly 20 years.

“We are committed to delivering turbine technology that is in line with the development of our industry, based on our 20+ years of offshore experience,” MHI Vestas Offshore Wind CTO Torben Hvid Larsen announced. “Reliability remains a key enabler, and our approach to developing our existing platform supports this strategy,”

At 722 feet tall, and covering an area of 227,377 square feet, the V164 makes a dramatic statement. Its 262-foot-long blades, which each weigh 77,160 pounds, are equivalent to nine London double-decker buses. This isn’t your average windmill — not even close.

The first version of the wind turbine was released in April 2014, and began breaking records soon after. By October 2014, the V164-8.0 MW had broken the world power record for power produced by a wind turbine, extending to 16,000 British households.

Now with the new record secured, the prototype is prepared to go to market. Built to withstand the environment of the intense North Sea environment, the new model is expected to have an operation lifespan of around 25 years, after which 80% of it can be recycled.

Denmark has been leading the world in renewable energy since the 1980s, and it continues to race against itself in terms of breaking wind power technology and generation records. It set the world record in 2014 by generating 39% of its electricity through wind turbines, then again the following year with 42%.

Though the Østerild prototype isn’t hooked up to the national grid just yet, and can only reach these outputs at certain site conditions, MHI Vestas Offshore Wind isn’t concerned the upgrade model will have issues hitting the shores relatively soon.

“Our prototype at Østerild sets yet another record for power production, producing 216,000 kWh over a 24 hour period. We are confident that the 9 MW machine has now proven that it is ready for the market and we believe that our wind turbine will play an integral part in enabling the offshore industry to continue to drive down the cost of energy,” Hvid said.

Innovations like the V164 have helped to lower the levelized energy cost of offshore wind power to below £100 (US$125) per megawatt-hour  in the UK, which is an incredible four years ahead of government targets.