A Neurologist Shows Why Fasting is So Good for Your Brain 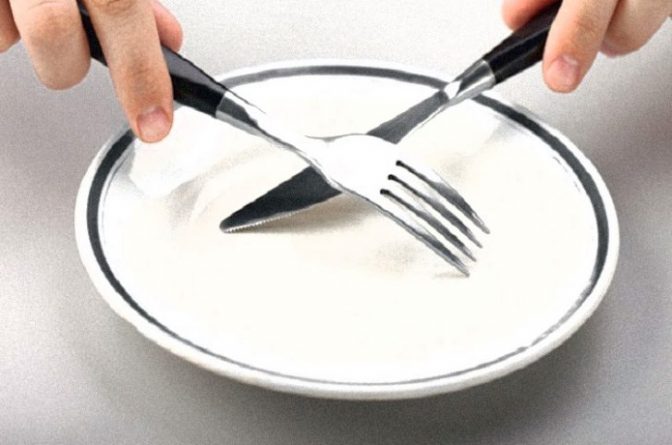 Fasting creates an energy restriction and puts mild stress on the brain. As a result, it could slow down abnormal degeneration of neurons, common diseases such as Alzheimers and Parkinsons, according to research out of the National Institute on Aging.

Mark Mattson is the current Chief of the Laboratory of Neurosciences at the National Institute on Aging. He is also a professor of Neuroscience at The Johns Hopkins University. He has been studying the effects that intermittent fasting has on the brain, both in animals and humans. His research has revealed that when an animal is fasting, its nerve cell circuits are more active. As a result, they perform better in learning and memory tests.

In his TEDx Talk, Mattson states:

There’s evidence not just from animals but from humans that fasting is good for the body. It will reduce inflammation. It will reduce oxidative stress in organ systems throughout the body. And one thing that happens when you fast that does not happen when you eat three meals a day, is that your energy metabolism shifts so that you start burning fat.

There’s a reason why Mattson felt it necessary to highlight that fasting results in us burning fat. When we eat, we store our energy in form of glycogen in the liver. When we deplete our glycogen storage, we start burning fat. Finally, once we are metabolizing fat, we facilitate the formation of substances called ketone bodies.

Ketone bodies are very good for the brain. Mattson states that they provide an alternative energy source that boosts the energy levels of neurons. Ketogenic diets are used to treat patients with epilepsy because ketones have shown to suppress seizures. That’s how good they are for the brain!

Typically, it isn’t easy to shift our energy metabolism from glycogen to fat. It takes about 10-12 hours before we use up what is stored in the liver. However, when you fast, you increase the production of ketone bodies. Other ways to achieve this is through prolonged periods of intense exercise and during periods of carbohydrate restrictive diet (such as a Ketogenic diet).

As we age, our brains have a higher change of developing diseases. Mattson has discovered that when we challenge the brain, it protects itself from degeneration. He states in the talk:

Fasting is a challenge to your brain. And your brain responds to that challenge of not having food by activating adaptive stress response pathways that help your brain cope with stress and resist disease.

When we are fasting, we put the brain in a challenging situation. As a response, the brain activates stress response pathways.

One way that the brain responds is by increasing the production of neurotrophic factors. These are proteins that support the growth and survival of neurons, as well as formation and strength of synapses.

Secondly, mild energetic stress that we create through fasting also results in the creation of new mitochondria in neurons. This helps the neurons produce more energy. As well, more mitochondria increase neurons’ ability to form and maintain synapses.

Consequently, fasting results in neuro-chemical changes in the brain that are similar to those of during prolonged periods of intense exercise. As well, the brain responds comparably during cognitive challenges.

Fasting means that you are eating little to no food for extended time periods. It has been practiced for centuries and has a role in may traditions and religions. Even Plato is often quoted on the topic:

“I fast for greater physical and mental efficiency.”

The typical understanding of the term fast is that you eliminate all food and only drink water. This is normally called a water fast. People usually water fast for one day during a week. Some more committed practitioners will water fast for up to two weeks, continuously.

A lesser-known, but perhaps more attainable method is intermittent fasting. It means that every day there is some intake of food, although on certain days you limit calorie intake to less than 600 calories.

Intermittent fasting can be done on an alternating day basis. One day you eat normal. The next day you only eat 600 or fewer calories.

Another form of intermittent fasting follows the 5:2 rule. You eat normal for five days, and then for two days you limit your food intake. This is the method used by Mattson in his research studies.

Finally, some people like to practice daily intermittent fasting. They only eat during a 4-8 hour period each day. During the remainder of each day, they only drink water and eat nothing else.

Our society and cultures have very deep-rooted eating traditions. In addition, numerous industries rely on the pattern of eating three-meals per day. As a result, it will be difficult to find support for intermittent fasting in mainstream culture.

It is important to remember that research such as Mattson’s work is done with the goal of benefiting the public, without a profit model. This cannot be said for the food, medical and pharmaceutical industries that benefit from existing cultural and societal habits. As such, these industries are very good at reinforcing our existing eating habits.

Intermittent fasting may not be easy at the onset, although Mattson’s research shows it can be quite beneficial to your brain and overall health. Similar to starting an exercise program, if you are new to fasting, remember to take it slow and give yourself some time to adapt.

Here are some resources to help you get started:

The 8-Hour Diet: Watch the Pounds Disappear without Watching What You Eat! by David Zinczenko and Peter Moore

The 5:2 Diet: The Simple Way to Burn Fat & Stay Lean for Life—Includes 50 Low-Calorie and High Protein Recipes! by Thomas Rohmer

Anna Hunt is writer, yoga instructor, mother of three, and lover of healthy food. She’s the founder of Awareness Junkie, an online community paving the way for better health and personal transformation. She’s also the co-editor at Waking Times, where she writes about optimal health and wellness. Anna spent 6 years in Costa Rica as a teacher of Hatha and therapeutic yoga. She now teaches at Asheville Yoga Center and is pursuing her Yoga Therapy certification. During her free time, you’ll find her on the mat or in the kitchen, creating new kid-friendly superfood recipes.

This article (A Neurologist Shows Why Fasting is So Good for Your Brain) was originally created and published by Waking Times and is published here under a Creative Commons license with attribution to Anna Hunt and WakingTimes.com. It may be re-posted freely with proper attribution, author bio, and this copyright statement.

Disclaimer: This article is not intended to provide medical advice, diagnosis or treatment. Views expressed here do not necessarily reflect those of Waking Times or its staff. Waking Times and its staff are not recommending or advocate the use of cannabis when under the influence of alcohol.