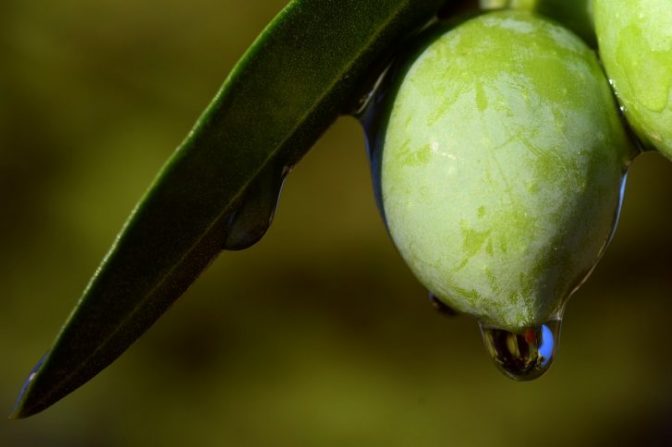 (Naturalhealth365) Extensive studies have shown that the Mediterranean diet has proven abilities to lower the risk of potentially life-threatening conditions such as cancer, heart disease, obesity and diabetes. Researchers believe that olive oil and olive leaf extract play a major role in conferring these benefits – thanks to a natural plant compound known as oleuropein.

In terms of the olive leaf extract, it’s made from olive leaves and offers a richer source of oleuropein – which can be a potent ally against chronic disease conditions.  What are those benefits? (let’s take a closer look – below)

Olive leaf extract can significantly lower blood levels of LDL cholesterol and triglycerides, promoting cardiovascular health. Oleuropein not only lowers levels of harmful LDL, but prevents its oxidation – which is one of the first steps in the development of atherosclerosis.

Counter the negative effects of influenza, colds plus much more…

Not only does this potent polyphenol stop the replication of viruses, but it destroys Candida albicans fungus and E. coli bacteria as well. Researchers say that olive leaf extract can combat both influenza and shingles – not to mention the common cold.

In addition, from a study conducted at the New York University School of Medicine, researchers found that treatment with olive leaf extracts reversed many changes associated with HIV-1 infection – a truly promising finding.

Antioxidant and anti-inflammatory, oleuropein can protect against cognitive decline, as well as Alzheimer’s disease and other forms of dementia. In animal studies, pretreatment with olive leaf extract reduced the death of brain tissue after laboratory-induced strokes – by an impressive 55 percent.

Olive leaf extracts are also effective in preventing the neurofibrillary bundles of hyperphosphorylated proteins – or “tau tangles” – which affect the brains of patients with Alzheimer’s disease, according to Western medicine.

Reduce your risk of diabetes

Olive leaf extracts work against diabetes by significantly lowering blood sugar, slowing the digestion of starches into simple sugars, delaying the absorption of sugars from the intestine and promoting the uptake of glucose from blood into tissues.

In one study, olive leaf extract actually outperformed glyburide, a common prescription blood sugar-lowering drug. There is also some evidence that olive leaf extracts can reverse metabolic syndrome, a linked constellation of unhealthy conditions that leads to diabetes if unchecked.

Most impressive of all: studies have shown that 500 mg of olive extract – once a day – significantly reduces hemoglobin A1c levels, a long-term indicator of blood sugar.

By reducing pressure in the heart’s left ventricle and improving flow to coronary blood vessels, olive leaf extract can cause significant drops in elevated blood pressure.

In a double-blind, randomized clinical study published in Phytomedicine, researchers found that 500 mg – twice a day – of olive leaf extract was as effective as Captopril, a popular pharmaceutical anti-hypertensive drug used to lower blood pressure.

(In fact, olive leaf extracts are so effective at lowering blood pressure that experts recommend that people who already take blood pressure medication speak to their doctor before supplementing!)

Herbalists and natural healers have long advised olive leaves for the treatment of arthritis – and modern medical research supports the ability of olive leaf extracts to slow the development of both rheumatoid arthritis and osteoarthritis.

Research has shown that olive leaf extracts can prevent rheumatoid arthritis symptoms from developing – as well as reducing joint swelling in osteoarthritis and decreasing the production of pro-inflammatory molecules.

Cell and animal studies have shown that the oleuropein in olive leaf extracts protects against various types of cancer – and it accomplishes it through a series of no-nonsense mechanisms. Oleuropein cuts production of matrix metalloproteinase, a substance that helps dissolve the junctions between healthy cells and allows cancer to spread.

It also protects DNA from mutations that could potentially trigger cancer – and strongly inhibits the growth of tumors in animal studies.

In one animal study, in fact, oleuropein caused the regression and disappearance of tumors within 12 days. Researchers noted that the tumors literally crumbled and fall apart – with no cancer cells left alive within.

So far, researchers have credited oleuropein with reducing the occurrence and development of cancers of the brain, breast, bladder, prostate and skin.