Radionics – At the Crossroads of Science & Magic 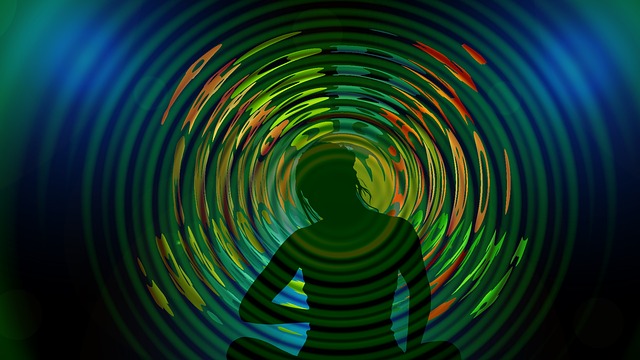 Radionics is a methodology for the detection and manipulation of subtle energies linked to physical matter: animal, vegetable or mineral. It is generally known as a system of vibrational healing wherein curiously configured “black boxes” are used to detect and treat disease conditions of a living body, be it animal or vegetable, anywhere in the universe. Radionics instruments can also broadcast healing vibrations to a single subject. They can be used to detect specific elements in mineral samples, or even to test for mineral veins using an aerial photograph or map. Their potential makes them appear magical when considered from the viewpoint of modern science.

Radionics instruments consist generally of a circuit of resistors or capacitors arranged in a specific pattern or order, which provides a stable system of “rates” which may be dialled in to set the instrument for various organs or disease patterns. The mystery of the black boxes is no mystery once one understands the relationship between form, matter and energy. They are specialized tuning circuits, operating on energies outside of the electromagnetic spectrum. Their electronic structure makes no sense to the engineer.

The history of modern Radionics spans the 20th century back into the 19th, and many serious medical workers have used it as a viable system of diagnosis and treatment. It has come under fire from medical authorities in many countries, and at times with good reason. Its workings are beyond the understandings allowable in the modern scientific worldview. There are many individuals and groups around the world who quietly use this technology successfully, regardless of whether or not it can be explained to the rational mind.

Once one understands that the connection to and manipulation of Life energies is based on pattern and form they will begin to see that radionics, in its purest form, ranges far wider than small boxes with dials. Ceremonial magic is a high form of radionics where the form and structure of the ritual creates an effect in the subtle Life fields. The Tarot cards are radionic in structure. Lay them out in their primal archetypal pattern of triangle, circle and square and feel the tremendous force propagated. The Gothic Notre Dame Cathedrals of France are tremendous radionic generators. The Great Pyramid and its attendant energies is radionic in nature. Any system or structure consisting of a universal archetype will by its very nature contain the seeds of healing and growth.

The operational force of radionics has been claimed to be everything from psychic energy to the intent of the operator. Neither of these is entirely true, but radionics instruments will react to such energies. True radionics is the science of connecting to the Life force through form and structure. It is rather hard to define it in one or two sentences, so a brief history of modern radionics will give one some insight into its workings.

The origin of radionics is found in the ancient art of radiesthesia, or dowsing. Dowsing is a form of detection of energies and force fields through reactions to subtle vibrations. Radionics instruments are designed to aid the investigator in detecting and identifying subtle vibrations. In dowsing the pendulum or divining rod acts as an amplifier of the body’s minute reactions to the sought after goal, be it water, oil or a buried pipe. The dowsers hold in their minds the sought after goal and their body reacts and the pendulum amplifies the reactions.

Radionics evolved from a form of “percussive” diagnosis used during the Middle Ages wherein the abdomen was “thumped” and a dull tone indicated the area where an organ was operating in a disharmonious state. At the beginning of this century Albert Abrams, a distinguished and highly regarded American physician, modified this technique to where a subject’s abdomen was “rubbed” with glass to find a disharmonious area. In the glass-rubbing form of diagnosis Abrams would rub a glass rod around the subjects abdomen until a “stickiness” was felt. Note that Abrams was not looking for something specific, like water or gold, but rather was feeling around for problems with a subject’s energetic state of being.

Abrams found that each person had their own peculiar structure, or energetic fingerprint. To be accurate in diagnosis he used a healthy control subject, whose reactions he became familiar with, and connected them via a single wire to the test subject. He discovered that the energies of the test subject were transmitted along the wire and manifested in his control subject.

It was found that a variable resistance placed into this single wire circuit allowed him to keep the wire in one place on the body while changing the resistance. It was discovered that a specific setting of the resistance related directly to an organ’s position and status in the body. Abrams further modified this technique to where he took a glass plate, placed a coil underneath it, and connected the coil to the wire and resistance circuit. He discovered that he could get the “sticking” reaction on the glass plate, just as the glass rod rubbers could feel a disharmonious area on the body. Abrams discovered he could use a patient’s blood sample connected to the circuit, and achieve the same bioenergetic connection. Ruth Drown, a Los Angeles Chiropractor well known as a radionic pioneer, circa late 1930s to early 1960s, modified this to where she used a blood crystal like a detector in a crystal radio. She also hooked patients physically into circuits for diagnosis and treatment.

Drown’s instruments utilized a single wire circuit, a specimen well, nine resistors, and a rubbing plate. Little known to her patients, who numbered among the rich and famous of the world, the basis of Drown’s instruments was the Qabalistic Tree of Life. Her rate system was based on years of clinical research, but was also a Qabalistic number scheme.

Dr. Drown diagnosed and treated her patients wherever they were on earth, simply by using their blood crystal she kept on file. Using this same connection she was able to take photographs of internal organs using her Radio-Vision Instrument. Ruth Drown trained her operators to prevent their psychic energies from interfering with the true radionic process, as she saw it. However, instruments such as hers work as powerful focuses of psychic energies, and can be used for that purpose. Dr. Drown felt that humans had not reached the ethically pure and evolved stage where they could allow their spirit to merge with the instrumentation, and should first learn to understand and use the subtle etheric energies of Life.

Radionics in the esoteric sense is an initiatory science, moving in stages from the densest physical to the highest spiritual. The instrumentation is analogous to the form and structure of ritual. Experienced radionic operators can bypass the instrument and run their fingers over a photograph. In this manner they can sense the subject’s energetic state directly. An experienced ceremonial magician can do an entire ritual in their magickal space, whilst the body lies still and motionless. Talismans, sigils and veves are purely radionic in the form/energy sense. Pyramid shapes and Mogen Davids have been shown in controlled experiment to exhibit life-positive energies. All form contains energy. Our homes, offices, etc., all exude radionic energies. Color, music and scent are naturally directly related. The ancients knew this and built in harmony with heaven and earth. Our civilization has lost this connection and builds out of harmony, and our degenerative spiral is evident.

Radionics presents one pathway in which people may again reconnect with the Cosmic Life Force, and use it for healing and enlightenment.

At left is a 2-D pyramid form that will produce many of the effects of a 3-D Cheops pyramid. You may print this and try it – it works even stronger when multiple images are grouped together. It can also be used to broadcast vibrational energies. For example, take a picture of yourself and place it with a flower essence on the diagram. Go into meditation and see what you feel. At right is a Mogen David diagram which has been discovered to produce effects similar to pyramid energy. All talismans are radionic in nature, like etheric circuit diagrams.