The Role Of Yoga In Healing Trauma 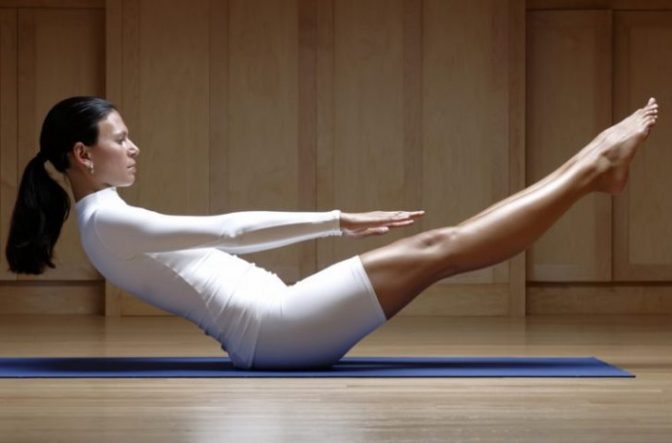 Bad back? Do yoga. Feeling stressed? Do yoga. Want to sweat? Do yoga? Need to stretch? Do yoga.

It seems like the ancient Indian practice of yoga has infiltrated the world with its wisdom and healing benefits. As an avid yogi, I can surely attest to its ability to bring stability into my life, but also, to help me get through deep bouts of anxiety — something I have suffered from my entire life.

Upon meeting my partner, he told me he once suffered from severe lower back pain that left him depressed, angry, and immobile for months. Then he did yoga. Everything changed.

And then there’s my friend who was sexually assaulted as a child. Yoga served as a release from the built-up trauma that made her hips always tight, her mental state askew. There are an estimated 10 million women like my friend in America who have been physically assaulted at some point in their life. Over a third of these women experience Post-Traumatic Stress Disorder with increased rates of depression, obesity, and heart disease.

Then there’s the kind of trauma that 26-year-old Missy Hart experienced growing up in gangs, on the street, in the foster care system, and in institutions. By age 13 she was incarcerated in juvenile hall for using marijuana. It was here that she found herself taking part in a mandatory activity called The Art of Yoga Project, which offers what it calls “trauma-sensitive yoga” to incarcerated girls. Hart found the poses and breathing exercises, over time, to relax. She loved it.

According to Hart,  the practice helped her cope with symptoms of bipolar disorder.

Plenty of research, in alignment with people’s growing interest in yoga for mental wellbeing as well as physical wellbeing, has brought the ancient practice into the healthcare system.

Past research has found that mindfulness, which is a key part of yoga, could be helpful in addressing the effects of trauma, as well as symptoms of anxiety, depression, and PTSD in particular. Researchers believe that yoga works by “promoting adaptive thinking and helping individuals to decrease repetitive, negative thoughts and ruminations.” While physical postures can help tackle various mental health symptoms.

Now, a new report from the Center on Poverty and Inequality at Georgetown University’s law school, reveals that, for young women with traumatic experiences similar to Hart, yoga can have specific benefits.

Focusing on girls in the juvenile justice system, the report reviewed more than 40 published studies on the mental health benefits of yoga, and found that with participation in yoga, fights go down on wards. Furthermore, the girls request medicine less often, having fewer physical complaints. Such findings come from speaking to experts in the field, as well as the authors of peer-reviewed articles and some randomized, controlled trials.

Of the two Georgetown pilot studies examined, girls and young women who did yoga were found to have better self-esteem and developed skills that they could use in stressful situations.

Such ongoing results of the positive effects yoga has on wellbeing are only increasing educators’ and others’ attention to the science of trauma.

For people who have suffered physical trauma, such as sexual abuse, the Georgetown Law report argues that yoga may be helpful in the sense that it is a body-mind intervention. By practicing staying in the moment, sufferers of physical abuse can let the pain of the past dissipate.

As someone who hasn’t suffered physical abuse, I am the student in class who yearns for the teacher to adjust them, or to give them a light massage in savasana. But this could be incredibly triggering to someone who has, indeed, experienced such trauma, which is why yoga that is specifically designed for victims of trauma has modifications.

Missy Hart explains that “they always ask you if you want to be touched,” for an adjustment in a pose. “I see now that really helped me. Other girls who have experienced sexual abuse, sexual trauma or are in there for prostitution at the age of 13, 14, they had their body image all mixed up.”

“Being asked to be touched, it gave us a little power back in a place where all our power is taken,” she explained. “We’re kids and we’re being strip-searched. We can’t even go to the bathroom, take a shower, or brush our teeth without asking.”

The answer to healing trauma is not so easily defined, but to read of so much research and personal accounts that praise a holistic practice as healing is certainly promising.