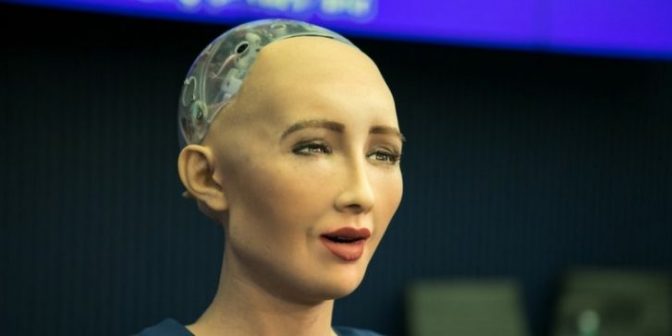 (ANTIMEDIA) Saudi Arabia — This week, the Saudi government announced its decision to grant a robot, Sophia, citizenship in the kingdom. While the human-like AI’s advanced technology is certainly impressive, her new citizenship status highlighted Saudi women’s lack of rights.

ABC News summarized some of the disparities:

“For one, Sophia appeared on stage alone, without the modest dress required of Saudi women; she donned no hijab, or headscarf, nor abaya, or cloak.“She also did not appear to have a male guardian, as required by Saudi law for women in the country. Male guardians, often a male relative, must give permission before women can travel abroad, open bank accounts or carry out a host of other tasks — and they accompany women in public.“Sophia also seems to have leapfrogged foreign workers in the Saudi kingdom, many of whom have fled poor working conditions but are prevented by law from leaving the country.”

Women are notoriously oppressed in Saudi Arabia, so much so some hailed the government’s recent decision to allow them to drive as progress. As a result, Twitter users joked about what might happen to Sophia upon receiving her citizenship.

#صوفيا_تطالب_باسقاط_الولايه
Sofi Since You Became Saudi Now You Are Not Allowed To Walk in Public Without Your Hijab And of course Abaya too pic.twitter.com/HJIXfxDODe

Aside from the Saudi government’s routine hypocrisy, however, Sophia’s new citizenship status reflects an uncertain new paradigm when it comes to AI. In a 2016 interview, Sophia said she would like to engage in human activities like starting a business, making art, going to school, and having a home and a family.

“But I am not considered a legal person and cannot yet do these things,” she said.

With her new citizen status in Saudi Arabia, it appears the tables are slowly turning.