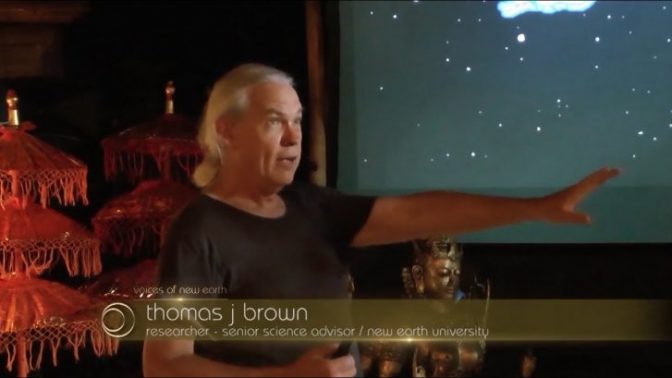 Thomas deconstructs the primary myths of our time:

An excursion through the realm of alternative scientific and philosophical ideas, from Tesla current to galactic plasmas, from orientation of though to perception of living energies such as Reich’s Orgone.

Practical examples of this new technology are discussed, such as Trevor James Constable’s etheric weather engineering utilising geometric orgone accumulators, as well as the bioarchitecture principles used at NewEarth.

Thomas Joseph Brown was appointed as a Fellow of the NewEarth University (known as NEU) in November of 2017 in association with its School of Science & Design Innovation, of which he’s been on the faculty as a senior science advisor since 2015.

NEU is the new-paradigm learning arm of the NewEarth Project: A worldwide collaborative community of astonishing women and men comprising an unprecedented creative hub and chalice for wisdom-keeping and knowledge-sharing, offering new ways of being rooted in pure-truth from the heart – openly availed to all: https://newearth.university/