Want to Live Forever? Be a Jellyfish 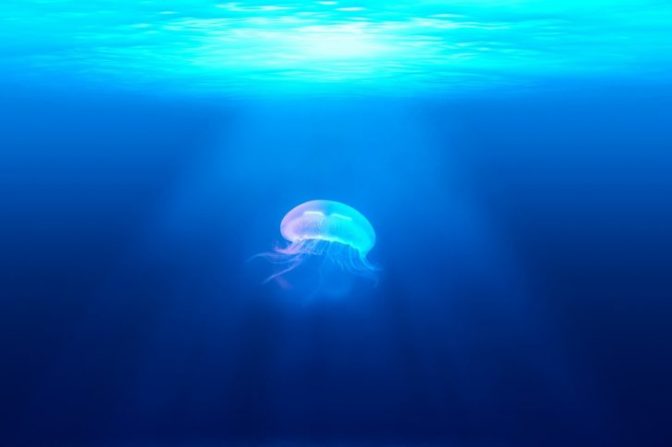 Turritopsis dohrnii is now officially known as the only immortal creature. The secret to eternal life, as it turns out, is not just living a really, really long time. It’s all about maturity, or rather, the lack of it. The immortal jellyfish (as it is better known popularly) propagate and then, faced with the normal career path of dying, they opt instead to revert to a sexually immature stage.

It turns out that once the adult form of the 4.5 mm-wide species Turritopsis dohrnii have reproduced, they don’t die but transform themselves back into their juvenile polyp state. Their tentacles retract, their bodies shrink, and they sink to the ocean floor and start the cycle all over again. Among laboratory samples, all the adult Turritopsis observed regularly undergo this change. And not just once: they can do it over and over again.

Thus, the only known way they can die is if they get consumed by another fish or if a disease strikes the jelly. However, there are still many mysteries surrounding the turritopsis dohrnii. While the process of reverting from its adult-phase to a polyp was observed several times, it hasn’t been observed yet in nature, only in laboratory environments.

There was a lot of confusion even inside the scientific community between the three types of turritopsis jellyfish: the dohrnii, the nutricula and the rubra. Simply put, the turritopsis genus can be found in many parts of the world and it it is not an easy task to differentiate between these tiny jellyfishes.

The nutricula was for a long time mistakenly the one referred to as the immortal jellyfish, while the jellyfish used in the lab observations was the turritopsis dohrnii, as they were collected from the Mediterranean, where the dohrnii is found.

The nutricula is found in the Caribbean and North America and the cycle reversal was not in fact observed on the nutricula. That doesn’t mean that the nutricula isn’t biologically immortal but that it has not yet been observed and proven that. When the study (Bavestrello et al. 1992;

Piraino et al. 1996, 2004) was published, the difference between the dohrnii and nutricula wasn’t clear yet and afterwards the media distributed the information that the nutricula would be the immortal one.

So chances are that if you ever hear about the nutricula being immortal, it is in fact the dohrnii but a picture of a rubra will be attached.