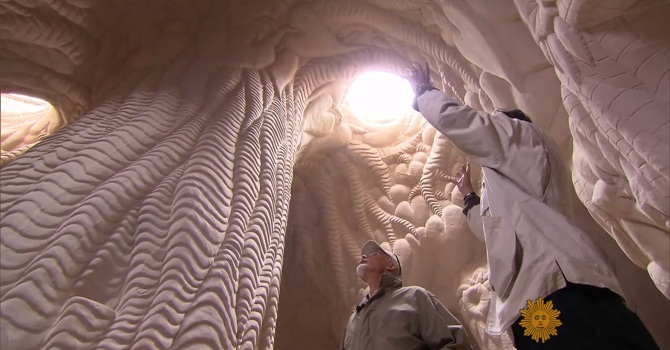 Hidden away in the Northern New Mexican desert, a man by the name Ra Paulette has spent the last 25 years of his life carving marvelous caves into the desert’s natural sandstone hills, accompanied only by his dog. His work has gone virtually unnoticed until film maker Jeffrey Karoff asked Ra if he could film a documentary of his work after having witnessed it. Titled Cavedigger, the documentary received an academy award and showed the world the marvelous corridors that Paulette has devoted his life to.

Despite the magnificence of Paulette’s caverns, he does not consider himself an artist, though anyone who is to witness his carvings would think differently. When asked if he is obsessed with cave digging, he simply responds, “Is a child obsessed with play?”