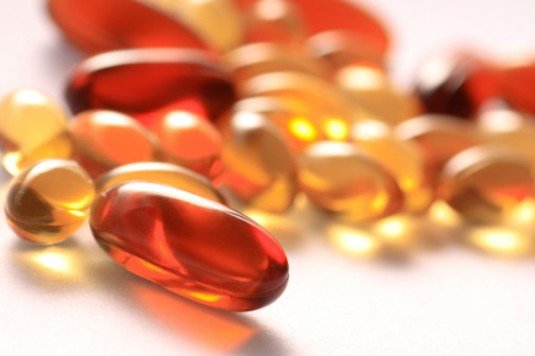 There is a silent pandemic sweeping many parts of the northern world. In fact, the information in this article may be the most important information of the year for you and your family, according to Dr. Mercola. He is an osteopathic physician who has made it his life’s intent to provide the public with the most up-to-date information regarding personal health, beyond the lies of the conventional health care system.

In his one-hour lecture available on his website, Mercola states that vitamin D is one of the most widely misunderstood nutrients today, and that proper systemic levels of vitamin D has the ability to prevent and eradicate an impressively large list of diseases.

There are only about 30,000 genes in your body and vitamin D has been shown to influence about 3,000 of them.

That is one of the primary reasons it influences so many diseases, from cancer and autism to heart disease and rheumatoid arthritis, just to name a few.

There’s just one massive issue, nearly 77% of Americans are estimated to be vitamin D deficient, and as you’ll find out, that’s a big problem.

What Is Vitamin D?

Contrary to what its name states, vitamin D is actually a steroid hormone which anyone can attain through UV radiation exposure, certain foods, and supplements.

There are two types of vitamin D, D2 and D3. The beneficial one is D3, as it has been shown to be 87% more effective in treating vitamin D deficiency.

Theories linking vitamin D to certain cancers have been tested and confirmed in more than 200 epidemiological studies, and an understanding of its physiological basis stems from more than 2,500 laboratory studies, according to epidemiologist Cedric Garland, DrPH, professor of family and preventive medicine at the UC San Diego School of Medicine. Here are some facts from his findings:

1) Some 600,000 cases of breast and colorectal cancers could be prevented each year if vitamin D levels among populations worldwide were increased.

2) Optimizing your vitamin D levels could help you to prevent at least 16 different types of cancer, including pancreatic, lung, ovarian, prostate and skin cancers.

3) A large-scale, randomized, placebo-controlled study on vitamin D and cancer showed that vitamin D can cut overall cancer risk by as much as 60 percent.

4) Light-skinned women who had high amounts of long-term sun exposure had half the risk of developing advanced breast cancer (cancer that spreads beyond your breast) as women with lower amounts of regular sun exposure, according to a study in the American Journal of Epidemiology.

5) A study by Dr. William Grant, Ph.D., internationally recognized research scientist and vitamin D expert, found that about 30% of cancer deaths – which amounts to two million worldwide and 200,000 in the United States – could be prevented each year with higher levels of vitamin D.

How Does Vitamin D Protect Against Cancer & Other Diseases?

Vitamin D, a steroid hormone, reduces the spread and production of cancer cells.

Vitamin D has a protective effect against cancer in several ways, including:

Vitamin D also fights colds and the flu, as it regulates the expression of genes that influence your immune system to attack and destroy bacteria and viruses. In fact, it is very rare for someone with optimized vitamin D levels to come down with the flu.

The best part about all of this is that for many people getting the proper amount of vitamin D is absolutely free.

The notion that one should avoid the sun and wear sunscreen to prevent skin cancer is absolutely ludicrous. In actuality, controlled UV radiation exposure from the sun is one of the best ways to protect ourselves against the development of cancer.

But isn’t UV exposure going to cause skin cancer? According to Mercola’s lecture, there is a form of non-melanoma skin cancer (NMSC) which is not the same as the dangerous form of melanoma. The deaths associated with NMSC are 1500 per year. Mercola points out that it is important to remember that in the US 200-300,000 people are dying every year from cancer alone because their vitamin D levels are too low.

So we’re seeking to limit the amount of NMSC deaths (1500 p/year) while sacrificing ourselves to common cancer deaths (200-300k p/year) due to a lack of vitamin D.

Of course, burning from sun exposure is dangerous and that is never recommended. The idea is to incrementally expose your skin to UV rays either in the sun or in a proper tanning bed. See below for more information about that.

Up until very recently, most sunscreens worked to block the beneficial UVB rays (which produce vitamin D) yet not the harmful UVA rays. On top of that, heavy toxins from the creams permeate through the skin.

There is a massive fear-culture based around sun exposure which is completely backwards.

A proper tanning bed uses electronic ballasts, as opposed to magnetic ballasts. However, more studies must be done to determine the full value of indoor UVB exposure.

The sun is the ideal source of obtaining vitamin D, however, in the case of many people living in the northern hemisphere, this source isn’t practical for half of the year. In this case, Dr. Mercola recommends using the proper tanning beds or supplementing with vitamin D3.

An electronic ballast doesn’t emit the same amount of harmful radiation as a magnetic ballast. You’ll also want to look at the types of bulbs being used, as some bulbs will have the ratio of UVB and UVA rays adjusted so that you are getting more of the positive rays (UVB) than you would from sun exposure. So essentially it’s more controlled than sun exposure.

Contrary to what Dr. Mercola states, the World Health Organization and the American Academy of Dermatology still denote indoor tanning as unsafe. Studies must be done to determine the value of UVB radiation, until then no one can conclusively say that any UVB exposure is safe.

The following chart shows the ideal levels of vitamin D in the body:

To optimize your vitamin D level and get a healthy tan, it is important in the first few days to limit your exposure to the sun to allow your body’s melanocyte cells to rev up the ability to produce protective pigmentation.

The more tanned your skin gets, and/or the more tanned you want to become, the longer you can stay in the sun. If it is early or late in the season and/or you are a dark skinned individual, you could likely safely have 30 minutes on your initial exposure.

*One important thing Dr. Mercola stresses is not to wash with soap at least for an hour after being in the sun, preferably for 24-48 hours (except in the groin and armpit area) because it takes our body that long to convert the UVB radiation into vitamin D3. So you may be missing out on the extremely beneficial vitamin D3 production. Washing with water is okay however.

If you are deeply pigmented and your immediate ancestors are from Africa, India or the Middle East, it is possible you may not even have to worry about the timing of your exposure.

Always err on the side of caution, however, and let it be your primary goal to never get sunburned.

The only wavelength that will produce vitamin D in our bodies is UVB rays. This obviously does not occur in the winter for most of us.

UVB rays will only penetrate the atmosphere when the sun is above an angle of about 50° from the horizon. When the sun is lower than 50°, the ozone layer reflects the UVB rays but let through the longer UVA rays.

It is also important that you are not overdosing on vitamin D. For much more information about vitamin D listen to Dr. Mercola’s full lecture below.