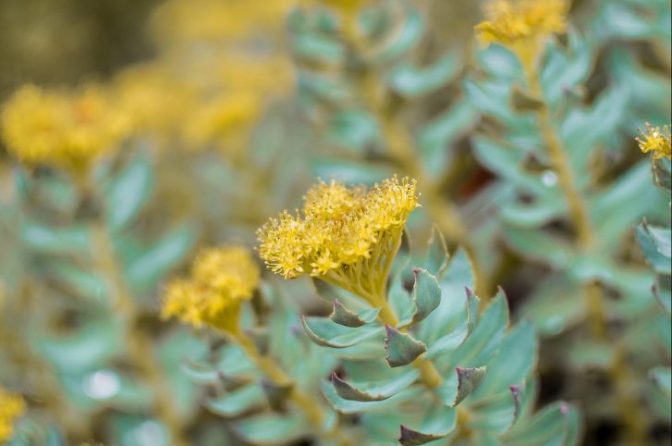 (Naturalhealth365) The ancient Vikings reportedly utilized it for its refreshing powers. The Sherpa mountain people relied on it to help them scale the heights of Mount Everest. Rhodiola rosea, an herb grown in Arctic areas of Asia and Eastern Europe, is relatively little known in modern times – but, it probably should be.

Recent scientific studies have consistently shown that rhodiola causes significant improvement in fatigue symptoms – and starts working in less than a week.

If you suffer with chronic fatigue – rhodiola may be the solution…

Experts say that as many as one-third of adults suffer from fatigue symptoms that substantially interfere with the quality of their daily lives. Fatigue is generally defined as a sensation of tiredness, with an accompanying lack of energy and motivation – even after spending hours in bed.

Conventionally speaking, no safe and effective “cure” for fatigue currently exists. Yet, with the impressive results of studies on rhodiola – that could be changing.

What does the latest scientific research reveal about rhodiola?

In a clinical trial published in 2017 in Complementary Medicine Research, researchers set out to evaluate the effects of rhodiola on 100 subjects aged between 18 and 60. The participants all had fatigue interfering with daily function that was not the result of ongoing exertion – and that was unrelieved by rest.

The group was given 200 mg of rhodiola – twice a day for eight weeks. The researchers used a battery of standard tests to evaluate functional improvement – including multidimensional fatigue inventories, timed language tests, sleep quality tests and the Beck Depression Inventory – the gold standard for measuring symptoms such as sadness, guilt, loss of interest and social withdrawal.

The results were nothing short of extraordinary.

Rhodiola caused rapid, significant improvement in all measures of fatigue – including sleep quality, stress levels, anxiety, depression and executive function. All participants reported some benefit, and an overwhelming 83 percent reported they were either “much improved” or “very much improved.”

The team noted that the greatest change was found in “general fatigue,” which was reduced by half. And, the biggest improvements occurred during the very first week of the study – but, continued to grow until the study’s end.

In addition, the team gave rhodiola high marks for its overall beneficial effects and its lack of side effects – and noted its potential as a treatment for fatigue.

It is somewhat of a surprise that rhodiola hasn’t been accepted with open arms by conventional medicine by now, as virtually every human and animal study ever conducted has shown exceptionally promising results.

The newest research confirms the results of an earlier study, involving 101 individuals with stress symptoms. After receiving 400 mg of rhodiola a day for four weeks, all participants experienced improved stress scores.

This time, however, improvements began in only three days – and continued for the entire four weeks.

Yet another placebo-controlled trial involved 56 doctors – all of whom were young and healthy but were stressed by difficult working conditions that included working nights, eating at irregular intervals and getting insufficient sleep.

They were randomly divided into two groups, only one of which received rhodiola.

For two weeks, all physicians were tested for stress and fatigue at both the beginning and end of their overnight shifts. Researchers found that the rhodiola group experienced improvements in levels of stress and fatigue.

The herb is classified as an adaptogen, meaning a substance that helps the body cope with stress while improving physical and mental performance. Researchers say that rhodiola’s active compounds, rosavin and rosarin, have antioxidant and anti-inflammatory effects.

And, research has revealed several mechanisms by which rhodiola achieves its amazing results.

For maximum benefit, natural health experts advise taking 250 mg of rhodiola extract before breakfast, with another 250 mg taken before lunch. Of course, to figure out what’s best for your situation – always consult with a trusted, medical professional before making any significant changes to your supplement routine or lifestyle.