Scientists Created A Wormhole In A Lab That Can Transport Magnetic Waves: Take A Look 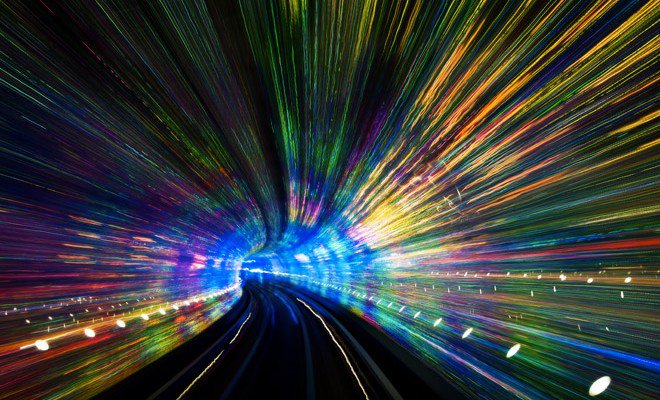 They’ve officially done it – scientists have created an in-lab wormhole capable of transporting magnetic waves from one spot to the next, Live Science reports.

“This device can transmit the magnetic field from one point in space to another point, through a path that is magnetically invisible,” said study co-author Jordi Prat-Camps, a doctoral candidate in physics at the Autonomous University of Barcelona in Spain. “From a magnetic point of view, this device acts like a wormhole, as if the magnetic field was transferred through an extra special dimension.”

The wormhole theory was famously bred by Albert Einstein and his colleague Nathan Rosen, who postulated that a bridge capable of instantly transporting an object between two points in space was plausible within the Theory of Relativity.  So far, however, no one has found evidence that space-time wormholes actually exist.

While the new wormhole isn’t technically a real wormhole, the creation is moreover an actualization of an “invisibility cloak” that scientists first proposed in 2007. This type of wormhole would hide electromagnetic waves from view from the outside. The trouble was, to make the method work for light required materials that are extremely impractical and difficult to work with, Prat said.

The wormhole was created using a superconductor, which expels bent magnetic field lines from its interior, essentially allowing the field to act outside of its 3D environment. This allows the field to be concealed from disturbances.

So the team designed a three-layer object, consisting of two concentric spheres with an interior spiral-cylinder. The interior layer essentially transmitted a magnetic field from one end to the other, while the other two layers acted to conceal the field’s existence.

The inner cylinder was made of a ferromagnetic mu-metal. Ferromagnetic materials exhibit the strongest form of magnetism, while mu-metals are highly permeable and are often used for shielding electronic devices.

A thin shell made up of a high-temperature superconducting material called yttrium barium copper oxide lined the inner cylinder, bending the magnetic field that traveled through the interior.

Normally, magnetic field lines radiate out from a certain location and decay over time, but the presence of the magnetic field should be detectable from points all around it. However, the new magnetic wormhole funnels the magnetic field from one side of the cylinder to another so that it is “invisible” while in transit, seeming to pop out of nowhere on the exit side of the tube, the researchers report today (Aug. 20) in the journal Scientific Reports.

Researchers are already looking to utilize this new process in Magnetic Resonance Imaging (MRI), which would allow detailed images to be captured without placing patients in uncomfortable, tightly enclosed environments.