We Are Living in the Age of Aluminium: These Mineral Waters Could Help You Detox From Aluminium Toxicity 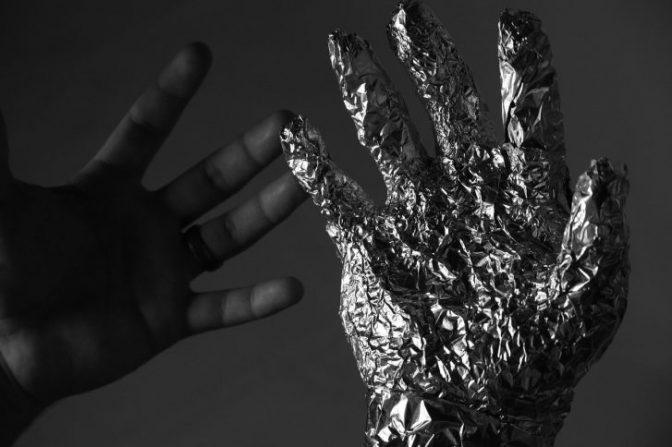 “What seems to have happened is that aluminium was not bioavailable in the world’s biota until early in the industrial revolution, and so, it just had no place in any biochemical reaction that was normal…Where it does occur now…we live in what’s called the age of aluminium, it shows up in so many products. Again, it’s great stuff to make airplanes and computers out of, but it shows up in our food…our water…air…in our medicines…our antacids…So we increasingly have this compound that is not part of any normal biochemical process, on Earth…that now can only go in and do havoc, which is exactly what it does. It causes all kinds of unusual biochemical reactions in the body, including the brain.” Dr. Chris Shaw, a Neuroscientist and professor at the University of British Columbia (source)

Aluminium is a common metal found in the environment that generally is not toxic. But the amount of aluminium now added to a variety of everyday foods and products, and used in industrial processes, has created an aluminium overload that proves toxic to our bodies.

Found in everything from food additives and cookware to hygiene and skincare products, over-the-counter drugs and so much more, aluminium is absorbed and accumulated in the body, and has been linked to a long list of health concerns and illnesses, including osteoporosis, extreme nervousness, anemia, headache, decreased liver and kidney function, forgetfulness, speech disturbances, and memory loss.

Because the blood brain barrier can’t keep aluminium from entering our gray matter, it simply builds up and remains in tissue that is incapable of quick cellular turnover, such as bone matter, the heart, and the brain. This accumulation results in aluminium toxicity, seen by the increasing amount of neurological disorders, including Alzheimer’s disease, in the population.

You may not even know just how much you are exposing yourself to aluminum. It’s not just spelled out on the front of packages like “aluminium foil,” but also in cigarette smoke, cosmetics, sunscreen, antacids, vaccines, baking powder and commercially leavened bread, water, and chemtrails. Dr. Chris Exley, PhD, who has spent over 30 years researching this toxicity, says we are living in the “Age of Aluminum.”

He is a Professor in Bioinorganic Chemistry at Keele University and Honorary Professor at UHI Millennium Institute. He is known as one of the world’s leading experts on aluminum toxicity.

You may wonder why, if it’s said to be a common mineral in earth, aluminum is thought to increase instances of neurological diseases, but the problem doesn’t concern its natural state. Dr. Exley says that, once aluminium went from being abundantly present in the earth to a mined commodity as an additive, the toxicity and resulting health problems came to be. “Aluminium has no known benefit in any living organism, from virus to human beings, it is only toxic and it is only the activities of Man which have resulted in our increased exposure over the last 100 years or so,” he says.

How Can We Help The Body To Deal With The Burden Of Aluminium?

According to Dr. Exley, we cannot simply work to use aluminium safely and effectively, nor can we just put it back in the earth, untouched, undoing the damage it has caused. “Before we are able to understand the full extent of aluminium’s role in human disease it would be sensible to adopt a precautionary approach and specifically to take steps to help the human body deal with its burden of aluminium and more directly to help the body to excrete aluminium and so prevent its accumulation in potentially vulnerable areas such as the brain,” Dr. Exley explains. “We all excrete aluminium from our body in our urine. However, this does not prevent aluminium accumulating in the body with age. We have found that through regular drinking of mineral waters which are rich in silicon (more than 30 ppm silica) the excretion of aluminium in urine is facilitated in such a way that over extended periods of time aluminium is removed from the body. The body burden of aluminium can be significantly reduced.”

Could Silicic Acid Be The Answer?

Silica refers to a group of minerals made up of silicon and oxygen, which are the two most abundant elements found in the earth’s crust. We rely on silica to ensure all connecting tissues in the body have enough collagen elasticity, which is in charge of flexibility and can help to ensure aches and pains are minimal. Silicic acid is essentially oxygenated silica, which Dr. Exley believes to be the best option for getting silica to make its way through the blood brain barrier in order to bind with aluminium molecules and ensure they exit the brain cell tissue through the urine.

His thoughts behind this are the result of his work to help vaccinated kids suffering from neurological damage through use of silicic acid, which has shown positive results.

To treat these children suffering from aluminium toxicity, Dr. Exley used a Malaysian mineral water called Spritzer. He and his team also tried this specific water on 15 patients diagnosed with Alzheimer’s disease, giving them one liter per day for a total of 13 weeks. The results were incredible, with aluminium levels lowering by 50 to 70 percent in every single one of the patients.

The information regarding aluminium may be tough to swallow, but it’s important to remain educated on this matter. Steering clear of known foods and products containing it is helpful, but, with the knowledge that we may be living in an age plagued with aluminium, even in our air, understanding ways to deal with it, such as through mineral water, is necessary for our health.

For more details, you can watch the lecture below from Dr. Exley.