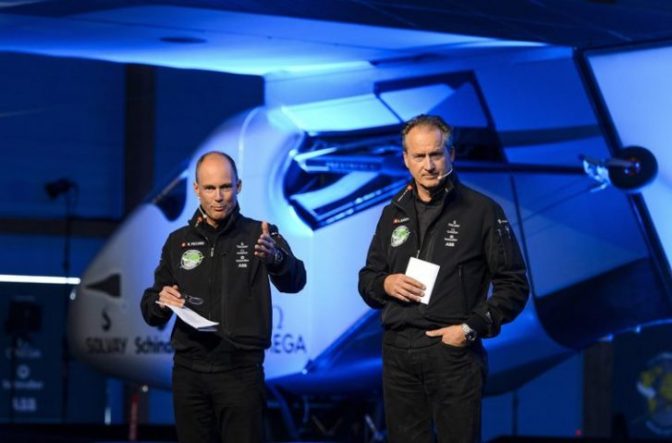 Electricity as a vehicle fuel has revealed various benefits. In a day and age where we yearn for both sustainability and efficiency, finding ways to increase energy security, improve fuel economy, lower fuel costs, and reduce emissions has become essential, and electricity does just that. Building on this knowledge, European and Asian countries have been taking advantage of electric high-speed trains for decades. We’re also seeing more and more electric cars at affordable prices popping up, too, including the Tesla Model 3. Now, aviation is coming into the picture.

André Borschberg is the co-founder of Solar Impulse, a Swiss long-range experimental solar-powered aircraft project that, just last year, flew electric airplanes for five days and nights nonstop over the Pacific. This marked the longest flight ever of a single pilot airplane. Such success prompted Borschberg to take his electric propulsion technology even further with a new company called H55. The concept behind the venture is to make air transport cleaner, quieter, safer, and — perhaps even more enticing — more affordable!

H55, which will focus on the entire propulsion chain, ranging from the energy source to thrust and power to pilot interface and control systems, has successfully finished 50-plus hours of flight testing already via its electric demonstrator aircraft called the aEro1.

“Fifteen years ago,” he continues, “when I started with Solar Impulse, electric propulsion was anecdotal. Today is a major development path of every large aeronautical organisation as well as attracting many start-ups and new players. What is science fiction today will be the reality of tomorrow.”

The representation of H55 is promising, with co-founders (along with Chairman of the board André Borschberg) including: Sebastien Demont, the former Head of Electrical Engineering at Solar Impulse; Dominique Steffen, a former Red Bull paraglider world champion and experienced Head of Engineering for large-scale projects at Kissling & Zbinden; Thomas Pfammatter, a professional airplane and helicopter pilot with over 10,000 flight hours, former CEO and CFO of Swiss companies, and founder of different start-ups; and Gregory Blatt, former Managing Director for Marketing and External Relations at Solar Pulse.

Let’s hope we hear a whole lot more about electric propulsion in the near future, as it offers potentially exciting outcomes. It’s extremely efficient and light, for instance, and has flexible and reliable software. Electric airplanes — a cost efficient and therefore less expensive design than the classic combustion aircraft — will also offer far less noise than we’re used to, and less environmental impact, too.