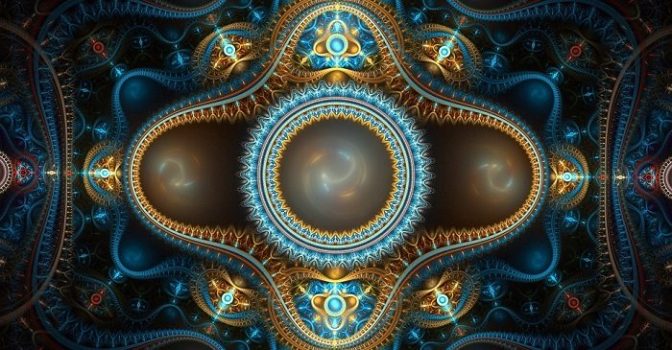 (ANTIMEDIA) When I first heard the term “time crystal,” the science fiction geek in me reached out to the universe to confirm that something so cool could actually exist. And the universe responded by bestowing peer-reviewed studies by two different teams of physicists. I just wanted to know that time crystals were real; I had little concern for what they actually were or the revolutionary application in which they may play a pivotal role.

As I looked into it, I started seeing phrases like “non-equilibrium state of matter” and “discrete time-crystalline order in a disordered dipolar many-body system.” My enthusiasm didn’t wane, but I did find myself frequently sighing and scratching my head.

The first hurdle I had to overcome was the fact that the two different research teams had created time crystals using two completely different processes and materials. The Harvard-based team had used a synthetic diamond to create an artificial lattice. The Maryland team had used a chain of charged ytterbium ion particles. Obviously, I had no idea what either of these meant. I just knew that the end result was a time crystal, which my imagination rendered as some kind of glistening, iridescent, Escher-like gem hurtling through a wormhole at the speed of light.

Not quite. More like a low-energy quantum state that repeats itself in both space and time.

The idea for time crystals was first proposed in 2012 by physicist and Nobel laureate Frank Wilczek, who spoke theoretically of a space-time, four-dimensional quantum phenomenon that would break the “time-translation symmetry.” See, there they go again with their arcane phrases.

Time crystals are an entirely new state of matter that can repeat their atomic structure in time and maintain oscillation without energy. This has major implications for the still-nascent field of quantum supercomputing, which many see as the next generation of computers.

Quantum supercomputers will use the quantum phenomenon of “superposition” in the form of qubits, rather than the traditional 1s and 0s of today’s computers. Because quantum computers will operate at the atomic level, where particles can exist in two different places simultaneously, it is believed qubits will be able to function at an exponentially accelerated rate. Many scientists believe this will allow complex calculations to be performed thousands, perhaps millions, of times quicker.

The unique non-equilibrium nature of time crystals could make them an ideal testing platform for quantum applications. And this has scientists very excited because quantum supercomputers are the holy grail for computer scientists right now. When Time magazine listed nine ways quantum supercomputers will change human life, the list included everything from safer airplanes and better drugs to discovering alien planets and hyper-personalized Big Data. That’s quite a range. Let’s hope it catapults renewable energy models, as well.

So, do I feel like I understand time crystals? No, not really. And, to be honest, researching them has kind of taken the romance out of my imaginary construct. But someday, when I’m piloting a quantum supercomputer-run dirigible amid the rings of Saturn, I will look back and thank myself for the effort.