The Science Behind the Solfeggio and Earthing Frequencies 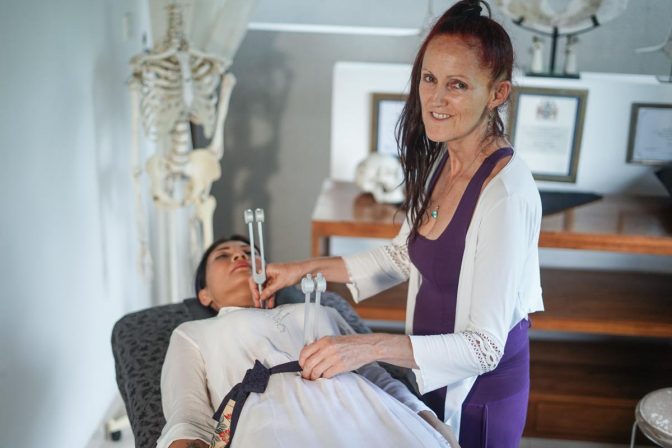 (Editor’s note: originally published at Conscious Life Journal, this article was reposted in September 2019 with the author’s permission, including her recent featured photo and all graphics/photos)

Sound vibration is one of the most powerful tools we have at this exciting time, especially when we use these frequencies that are found, not only within the codes and sacred geometry of the Earth, and the Universe, but the human body too! This is why they can uniquely enable us to profoundly tune into our divine design at a physical and DNA/cellular level to help us evolve as fast as we’re ready for!

As we release the past, and empower ourselves to unify deep within, so we can then fully embody the reality that there is NO power outside ourselves, so all obstacles and energetic interference cease to challenge us. Then we can tune into the love we truly are, anchor and activate the Divine Human that is our birthright, moving from Homo Sapiens to Homo Luminous (Dr Alberto Villoldo) and so fully embody our ”I AM” presence.

The Solfeggio sound healing frequencies were re-discovered in the late 1990s by naturopath Dr. Joseph Puleo. He was guided to where they appear in the Book of Numbers in the Bible. Dr. Puleo was shown how the frequencies all reduce to either a three, six, or nine. With all the research in this exciting arena, it might not be far-fetched to ask ourselves if it is possible to use math converted into sound to heal individually and make harmonious and peaceable decisions for ourselves and our world. 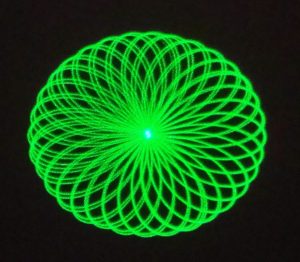 These frequencies are actually part of a wider number set of eighteen Zobet frequencies. And that eighteen character number set is part of an even larger number set of 729 frequencies. If these numbers we are discussing are converted into sound and all the possible combinations are explored by putting them through an oscilloscope (an instrument that shows what sound looks like), they produce all the sacred geometries known to us.

These sacred frequency combinations have been shown to not only sustain their geometry as long as the sounds are being produced, but they also spin. This may be an indication of the spinning life force itself!

The Prime Number Cross is a cross, formed where the main prime numbers appear, except for two and three. Most of the primes only occur on the same points where the cross forms.

Primes are the building blocks of the Universe. They are the most mathematically coherent and are toroidal base systems found in the human biofield, our planet’s energy field, and the solar system, among others. In mathematics, a toroid is a surface of revolution with a hole in the middle, like a doughnut. This is evident throughout nature and in the toroidal energy field of the human body.

Our physical body is also based on the Phi ratio. This divine proportion is found in all our bones and body measurements. A great example of this would be seen in Leonardo da Vinci’s Mona Lisa painting, the perfection of our divine design! 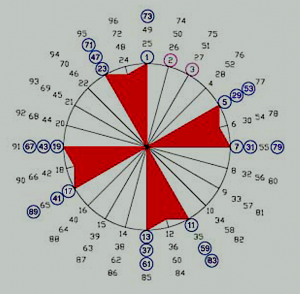 The ratio or relationship between the top bone (red) and the one below it (yellow) is approximately 1.618 which is known as sacred math, the Golden Mean, or Phi ratio.

Research in 2010 by French scientist Jean Claude Perez, showed that human DNA is in fact fractal and fine-tuned by the Golden/Phi ratio. The image shows the DNA’s pentagonal, hexagonal, and golden rectangle structure.

The codes 174, 285, 396, 417, 528, 639, 741, 852, and 963 (Solfeggio sound healing codes or frequencies from the Zobet frequencies) are found radially embedded in the Prime Number Cross. When used in pairs of tuning forks, they produce a difference tone (binaural beat) of 111Hz. This number code is hidden in the Last Supper painting by da Vinci and also regarded by ancient mathematicians as a number for the microcosm. 111Hz is found in ancient Neolithic chambers such as New Grange in Ireland and the Hypogeum in Malta. It has been

used in Russia since the 1940s for insomnia (electrosleep treatment), and since the 1970s this 111Hz has been used in Cranial Electrotherapy Stimulator (CES) treatment for anxiety, depression, insomnia, enhancing memory, brain function, anhedonia (inability to experience pleasure), and more.

In 1985, Dr. Bob Beck developed the BT-7 and BT-11 brain and bio-tuners, shown to be helpful for relaxation, stress, depression, learning disorders, overall well-being, and pain relief. Due to 111Hz’s beta-endorphin-stimulating benefits, it’s also been pioneered as a treatment for heroin addiction. In 1983, Pete Townshend, from the band The Who, broke his addiction to heroin using a form of electrical brain stimulation, Neuro Electric Therapy (NET)!

In 1994, a study by the California Institute of Technology showed that the main firing frequency of the Purkinje cells of the cerebellum is in fact 111Hz. This part of the brain receives more synaptic input than any other neurons. Damage to this part of the brain results in Autism, Attention-Deficit/Hyperactivity Disorder, Multiple Sclerosis, AIDs, hypoplasia, Niemann-Pick disease, auto-immune disorders, neuro-degenerative disorders, and those caused by environmental toxins, excessive use of alcohol, lithium, etc.

In 2013, 111Hz was found by Dr. Vladimir shCherbak and astrobiologist Maxim Makukov in Kazakhstan to be the first number code in our DNA. Research by Dr. Ian Cook of UCLA in 2008 showed an unmistakable effect on the brain by this frequency, such as causing a temporary shift to the right brain to bring more balance; stimulating the part of the brain that relates to empathy, cognitive behaviour, emotional processing and moderating correct social behaviour; and a de-activation of the speech centre to encourage a more internal focus.

As humanity awakens, there are many challenges to navigate, before we can fully get into our bodies and become that bridge between Heaven and Earth to become the New Earth human we are destined for! By combining sound healing with the voice, we can use consciousness in action to easily shift old ways of being, clearing stress, fear, anger, negative emotions, stuck energy etc. There are many ways in which we get out of tune and disconnected, especially with the impact of technology on our bodies being at an all-time high e.g. WiFi, cellphones, SMART meters, cordless DECT phones, 5G etc.

In 2017 I had a transformational experience in just 8 minutes test-driving a Swiss Bionic Omnium PEMF Earthing mat. More here: https://eeshirahart.net/pemf  This then inspired me to offer a new sound healing protocol to transmit the Yang and the Yin sound healing frequencies of the Earth to our bodies.

Technology may interfere with our body’s energy, so we may get tired more easily, struggling to get through the day and need to perk ourselves up with cups of coffee; or we get ungrounded, making it hard for us to navigate any daily stresses we have; or maybe we succumb to the pressure of deadlines (instead of lifelines!) and other people’s emotional states and it leaves us overwhelmed or overloaded energetically and up in our heads, thinking too much, which can lead to us being more out of touch with our bodies, forgetting to drink when we’re thirsty, or feeding ourselves on food that isn’t what our body actually wants. In a society that encourages us to always be at our best, we then may just push down that stress and upset emotions and just keep going, and when this is left undealt with or unexpressed, this can often lead to dis-ease at a later date.

There is now research that shows a major link to the lack of grounding, (more recently called, “Earthing”) and inflammation in the body and according to author of “Earthing” Clinton Ober, 85% of dis-ease is linked to inflammation. Dr Neil Cherry has also revealed through his research the impact particularly from mobile phones relating to our body’s connection with the Earth.

Research by the Max Planck Institute for Behavioural Physiology in Germany showed the vital importance of the human body receiving the Schumann Resonances, otherwise our circadian rhythms (our body’s natural internal rhythm at a physiological level) become imbalanced and we would suffer emotional distress, migraines etc. The same is true of astronauts going into space because as soon as they leave Earth’s orbit, they are no longer able to be tuning in with the Earth’s Schumann Resonances. All spacecraft are now equipped with Schumann simulators to ensure optimum health for all the crew. Further research by E. Jacobi of the University of Dusseldorf and Dr Wolfgang Ludwig author of “Informative Medizin” both agree that the human body needs both the Schumann Resonance (Yang) and the Geomagnetic (Yin) to be in balance. One-sided use of Schumann wave stimulation with just the Geomagnetic can also causes serious health problems.

Earthing has many benefits that include things like the ability to discharge the buildup of electro-magnetic frequencies from the devices we use, and re-energise through our feet, but often in the city we don’t either find the time or it’s hard to find a patch of green in the concrete jungle. Can it really be that simple to take our shoes off and have a walk on the beach or in our nearby park or garden? Well, yes and no.

With sound healing, there are a great choice of frequencies that can be given to the body using tuning forks, that can help the busy urban person, get more in tune on every level and increasingly it seems that Earthing is a very vital thing that we as humans all need! More on Earthing here: https://eeshirahart.net/sessions/earthing  and there’s also an Earthing audio available too here: https://eeshirahart.net/shop/audios/earthing

What do you think would be the effect of taking the maths of the Universe and the vibrations of the Earth, converting them into sound, and giving them back to the body? Could it be that sound is a sonic reset button for our mind, body, and spirit that is so vitally needed at such an important time in humanity’s evolution? Who would we be if we always tuned into our loving, divine nature, fully connected to the Earth and Universe, and making harmonious and peaceful choices?